Television shows help mold our minds and behavior. While there are informative and educational shows, some programs usually aired on primetime or “family hour” still depict sketches of violence and other crimes. In the Philippines, crime docu-dramas have been a trend since the mid-90s. Shows that delve into heinous crimes or acts of violence have always been part of our TV binge-watching, especially on weekends. As if the shootings, bombings, and other forms of violence in the news is not enough, crime investigation take up the Saturday afternoon timeslot, while the whole family is usually at home.

Long before ABS-CBN’s Soco (Scene of the Crime Operatives) hosted by Gus Abelgas in 2005 and Mike Enriquez’s Imbestigador on GMA7, there was one docu-drama that started it all in 1995, the Calvento Files. With the late Tony Calvento as storyteller, in his signature dark-shaded Godfather sunglasses and business suit, ABS-CBN first envisioned the show as a docu-drama that will meld the concept of two public affairs programs, Magandang Gabi Bayan and Maalaala Mo Kaya. The combination of these two top-rating shows resulted in a two-hour long documentary that unquestionably awakened the Filipino viewers’ catharsis and awareness on how certain crimes are planned and executed, and how these crimes are exposed, and felons convicted. It ran for a good three years. 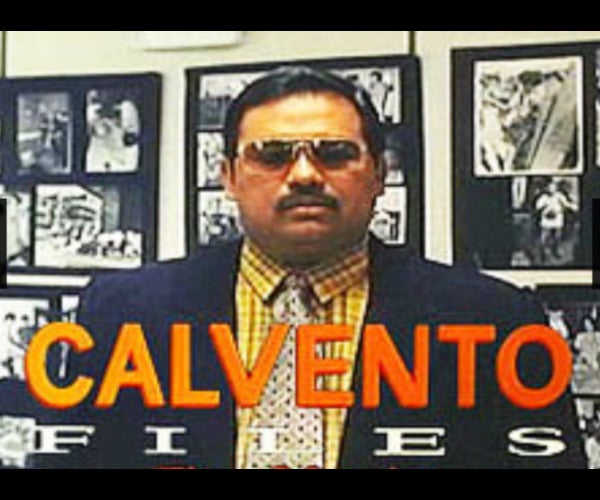 I remember that year, fresh out college and, working for a youth magazine when Calvento Files aired its maiden broadcast, featuring the story of the Oroquieta massacre for its pilot episode. Soon after, my Friday nights would be spent in front of the TV, with eyes wide open and mouth agape in a ridiculous mixed emotion of awe and anxiety, amazement, and fear. When the scenes were so gory, I would even go as far as turning off the TV and battling the urge to turn it on again, lest I wouldn’t be able to sleep.

The storylines are good, Calvento being a veteran broadcast journalist and columnist himself, but the gruesome crimes backed with horrific details caught on footage are the ones most of us could never forget, even when as curl up to sleep at the end of the day. Don’t get me wrong. For a program to elicit such reaction from a viewer like me is not bad. In fact, the show’s creative team really did an effective job to impact its audience intensely.

Calvento is a real storyteller being screenplay writer and well-versed journalist. In fact, because of Calvento Files, he received the Presidential awardee for his contribution in crime solution, the Golden Scroll Awardee for Journalism, and other numerous awards from law-enforcement agencies like the Philippine National Police and the National Bureau of Investigation. In 1999, the program won the top award as best docu-drama category in the 1999 New York Film Festival for the episode “Dying young but not in vain”.

But as the team revealed in one interview years back, they create scripts and storylines not solely based on what Mr. Calvento has written in his column but they reach out to the victims and witnesses involved, to do actual to guarantee well-developed characterization. All available articles written by Mr. Calvento are read and the crew shortlisted the interesting or controversial ones. The team would initially research with the article as the trigger. Materials are read and supplementary researches are done and producers ser an interview with the victims’ families, the witnesses, and even the criminal, if necessary before they can come up with a sequence treatment.

But because the show is a docu-drama, the Calvento Files occasionally showcase meaningful life survival stories and even love stories that are unique. I remember attending the wedding of Donato Contintente (then alleged assassin of US Army Col. James Nicholas Rowe) to my good friend Imelda Tendencia. Since Continente has yet to complete his 14-year sentence at that time, the ceremony was held in the function hall of the maximum-security section, National Bilibid Prison. Being the first ever wedding that took place inside the national penitentiary, it was all over the news. Calvento featured the couple and gave updates when Continente was finally freed.

“We married in June 1996 and because the accusation against my husband was so controversial, our love story and unique wedding ceremony made it to headlines, and eventually the Calvento team reached out. I was flustered because I knew then that they only featured heinous crimes. But it was a welcome surprise,” Continente’s wife Imelda revealed.

All in all, Calvento Files chronicled the most disturbing and heartbreaking true-to-life crimes recorded by the police and various witnesses in the Philippines during that time. The shots were gruesome, and storylines were about rape, crime, massacres, overwhelmingly graphic and borderline insane. The show was so highly rated that in 1997, Calvento Files: The Movie was shown on film with Michael de Mesa and Laurenti Dyogi directing the two segments “Inay, May Momo!” and “Balintuwad”, respectively, and the screenplay of which, Mr. Calvento himself co-wrote with noted scriptwriter Ricky Lee. The TV show announced its curtain call three years later in 1998. Mr. Calvento died in 2017.

In retrospect, the Calvento Files was almost everyone’s wake-up call to the extreme horrors people are capable of doing against other people—even to members of their own families. The show has definitely stirred our catharsis and made Filipinos aware that crimes are real, the culture of violence is tangible, that it sometimes hits home. Apart from helping send the criminals to jail, the Calvento Files taught us to be afraid, thus be cautious in our dealings with other people and not to fall prey to the evil lurking in the most unexpected places. Above all else, it has taught us that good always triumphs over evil. 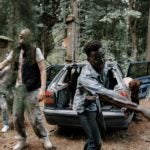 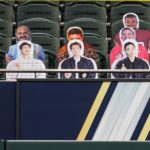