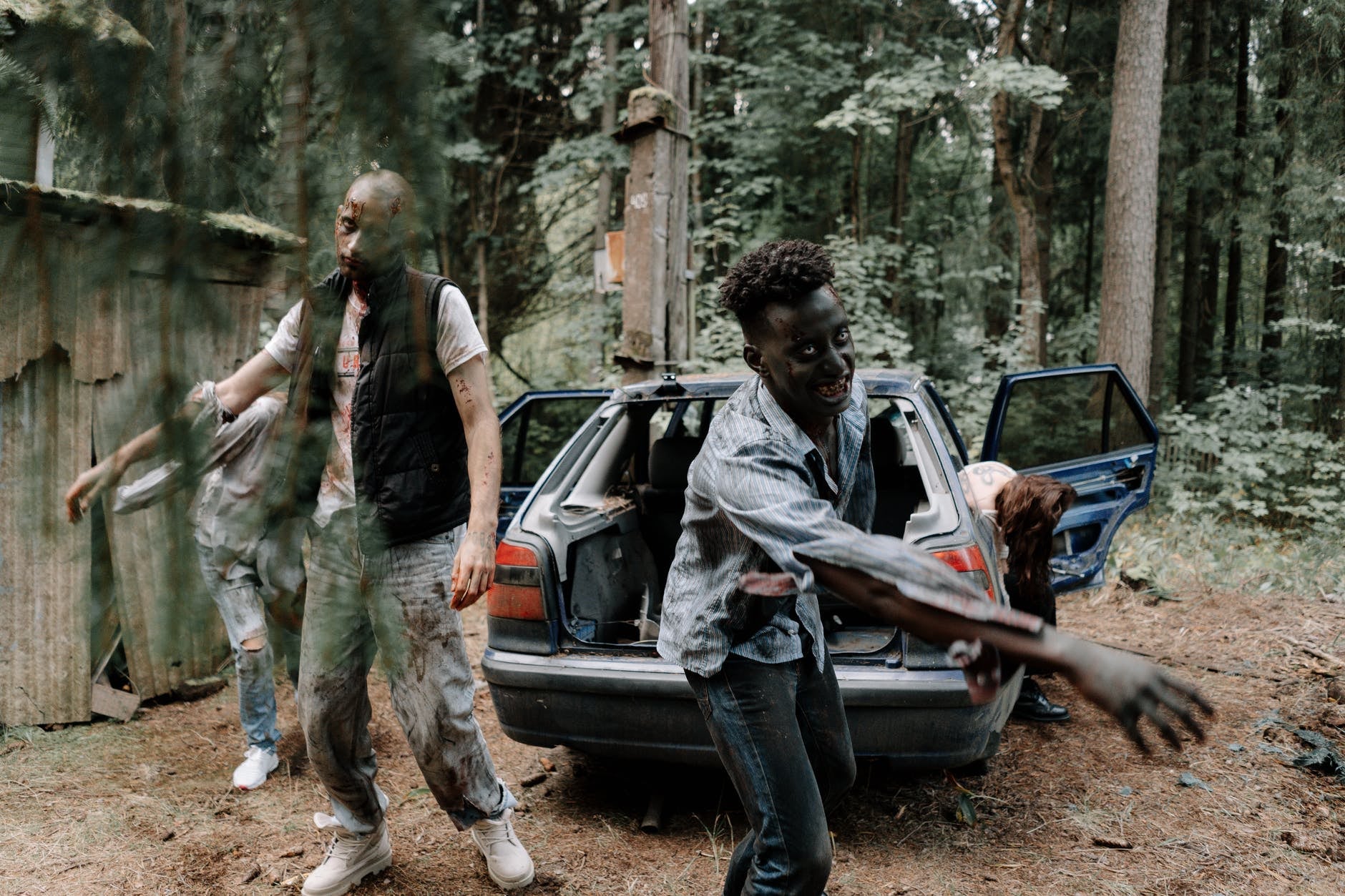 A great scare series is a drug-like combination of powerful emotion for all horror junkies. For these enthusiasts, there is nothing more satisfying than the sudden jolt of adrenalin, and the sweet relief of surviving any threat. This is what The Walking Dead (TWD) fans feel each time a new episode goes on air.

A smash hit on cable TV, The Walking Dead series is a spawn of the equally well-loved graphic novel that revolves around a deputy sheriff named Rick Grimes who, upon waking up from a long coma, discovers that the world is in a zombie apocalypse. The storyline is about Grimes’ survival and endurance, along with the characters he meets along the way. Together they try to survive the apocalypse and fight off other people who threaten their very existence, showing us how ordinary people can survive in extraordinary circumstances.

Related story: The Walking Dead to conclude after 11 seasons

After a decade, there is news that TWD will officially end after its 11th season in 2022. The final season will be super-sized and special, offering the 24-episode ‘farewell tour’ and will commence during the Fall of next year, spanning until the beginning of 2023. However, the series  will continue with spin-offs such as Tales from the Walking Dead anthology which will showcase different characters in every episode, exploring other realms that TWD left undiscovered.

TWD is a ground-breaking accomplishment for a cable show and while I am not personally a fan of any horror or thriller flicks for that matter, I honestly admit that the series has unmistakably revolutionized zombie TV series. From its maiden broadcast in 2010, it has been a decade now since TWD began their inexorable shuffle into the mainstream of popular culture.

Zombie genre is not dead

With TWD’s record-breaking ratings and other zombie movies winning big at the box office, there is no end for the love of zombies. Just when you think the undead monster’s genre is heading towards the grave, everyone’s favorite decomposing bone-biters and man-eating fiends will get up again and will shamble towards anyone.

Related story: Why are we drawn to zombie apocalypse and pandemic stories?

“The Walking Dead is one of those TV shows that gets you hooked because the producers really invested in character building. It’s not your usual run-of-the-mill shows where people just run away from zombies. You fall in love with these characters, root for them to make it through, and get heartbroken when they don’t. TWD is about how a community of people bond together to fight not only the dead but also the humans who should be dead. It’s about survival,” Joy Fuentes Andrada, a Filipina residing in Melbourne and a self-confessed TWD fan, said.

Survival of the fittest during difficult times is what TWD depicts and its buffet of characters are so varied in demographics, making them individual images of the diversity in ethnicity, gender, beliefs, and more. Any viewer can relate to any of the characters or all of them. But perhaps what appeals to the audience and fans is how TWD zombies likewise exemplify the stages of our human fears—much like our whispered anxiety about human annihilation or of a plague-like disease—each time the dead rises up to search for other human flesh to consume and turn them into the monsters that they are.

Zombies are not new figures in humanity’s pop culture, but unlike Dracula or monsters such as Frankenstein, it does not come from a Victorian literature. The zombie myth arrived in some Western consciousness in the 20th century mainly because of the US’ occupation of Haiti in 1915-1934. The modern-day zombie existed only from George Romero’s breakthrough film, Night of the Living Dead in 1968. Before that, zombies in film were more like their Haitian antecedents.

With the debut of Romero’s blockbuster film, zombie series continuously became a sub-genre of horror where people can easily relate because it’s always a normal human being becoming a monster. With stories that are as relevant such as consumerism, racism, and conformity, makes it more mainstream. Some zombie stories like TWD’s storyline involve more contemporary take on government ineptitude, social disunion, bioengineering, technological development, and of course, mortality. What makes its fantasy framework palatable is the fact that it’s shot in a modern city, with fireball and smoke effects under overcast skies and filthy, grim backgrounds, to present it in a more personal and intimate context.

Some say, it’s that simple but it’s actually simpler than presented because zombies as atrocious characters do only one thing: search those alive and turn them into zombies. They do not even think, nor do they have complicated objectives, just that one. They eradicate the core of the societal problems by disrobing progress and civilization, if they grow in hordes, the global noises of commercial hierarchy, political networks, and conflicts collapse, until we are left with the bare essential to survive. They represent anything that terrorizes status quo until we will be left with a singular question; the exact same one that the TWD comic series asks at the end of each volume: what would I do if it were me?

Andrada also finds herself asking the same questions sometimes. “What would I do? Am I prepared? I sometimes see myself planning escape routes in the city and looking at buildings that can easily be fortified. Funny and weird but true,” she mused. Perhaps this how we prepare our psyche for an looming danger, our own fight or flight reaction. This makes TWD relevant because it feeds our ultimate desire to look at our fears in the eye, fight it, and eventually survive.

Zombies in our psyche

With the premise that TWD’s zombies illustrate our agitations, some of us identify with the survivors, having to go through and fight for our daily subsistence. But there is also a big part of us who, unknowingly are part of the zombies, the way we mindlessly attack people deliberately or otherwise. We sometimes lack emotions, we constantly seek for joy, and we have that unrelenting urge to consume. But what the survivors fail to remember is that the zombies are also them—to be bitten by a zombie is to become one. In TWD, the survivors comprehend that they are all afflicted and will inevitably all turn when they die whether they are bitten or not. Ultimately the zombie deserves our attention because it raises many issues about the nature of the monster itself and about our response to it. These matters because what we are really looking at is actually ourselves, thus our appetite for zombie flicks.

Life lessons from the Walking Dead

In an internet era where traditional and self-righteously held values are challenged, TWD’s story filters out the static, adding to its enormous appeal. The show has never failed to also teach us valuable lessons about life. It explains the importance of family and friends and that life is best enjoyed when spent with others. Recycling is important because anything, when used properly, can be a weapon and used to protect you.

TWD also shows us that it’s okay to be scared but we just need to be stronger than any of that. Things aren’t always what they appear–this can go for both good and bad, we just need to deal with everything with eyes wide open. The show also reminds us to be mindful of others because in the long run, they can help us survive and that, to honor the dead, we must go on with our lives. Bear in mind that no matter how difficult the circumstance, the strength of the wolf is in the pack. So, when people come together in one accord, anything is possible and can be pulled off. Lastly, as Enid in TWD bluntly puts it: “JSS: Just survive somehow.”

Indeed, every generation gets the monster it deserves. Every person has his fears. It will always be hope against despair that will teach us the true art of survival. 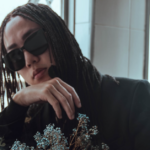 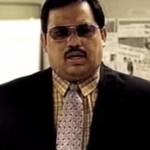