Korean pop (K-Pop) has been around since the early ’90s and its popularity continues to be a force to be reckoned with in the global music industry. It has created some of the biggest global music stars we know now who have been ranking high across different music charts recently.

That is why it is no surprise that K-Pop artists hardly get unnoticed anywhere. Their huge, solid fandom of teenagers and young adults have eagle eyes that get to spot them almost anywhere–be it at concerts, festivals, or even in sports events.

In the case of the World Series, fans were quick to point out the ‘presence’ of the biggest boyband in the world today, K-Pop group BTS–but in the form of cardboard cutouts only.  The appearance of BTS was immediately noticed by fans as they watched the first game of World Series between Los Angeles Dodgers and Tampa Bay Rays. While Jungkook, Jin and the rest of the group were not actually present, their cardboard cutouts seemed to have snagged the best seats (yes, we’re talking about front row), even better than the seats that 6-time Super Bowl champ and his teammate, Rob Gronkowski, had (they were seated a couple of rows behind them.)

Adding to that hype, Dodgers even gave a quick shoutout to the BTS boys on Twitter.

We already know who @BTS_twt is rooting for. Who’s your bias? Ours is Yoongi. #WorldSeries pic.twitter.com/HNMw212UKh

Although the superstar group was not rocking a Dodgers attire this time, ARMYs would know that the group is rooting for the team. In 2019, Suga cheered for them when they were up against the Braves and even got a chance to go to the field and meet with fellow South Korean pitcher Hyun-jin Ryu.

Mic drop. @bts_bighit is in the building! pic.twitter.com/miTvMkVYvg

Recently, BTS released a new disco-pop song called “Dynamite” which debuted at number one on the Billboard Hot 100 chart. They also blew the crowd away during their performance of the song at the 2020 Billboard Music while taking home the Top Social Artist award at the same time for four consecutive times. 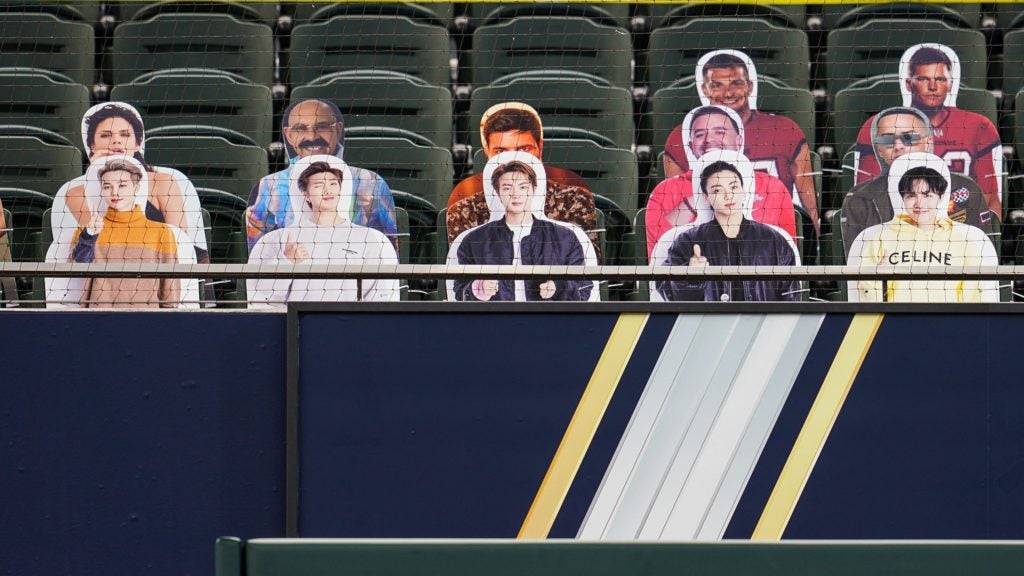