Yup, we’re at it again, trying to solve one of the biggest mysteries in the Marvel Cinematic Universe right now: Will Tobey Maguire and Andrew Garfield be putting on their Spidey suits once more for No Way Home? In an interview with Entertainment Tonight, journalist Lauren Zima asks Andrew Garfield how he would feel if his version of Spidey is given the chance to make a comeback.

Although Zima didn’t specify or expressly mention Tom Holland’s upcoming Spidey film No Way Home, Garfield’s answer automatically alluded to it, which really makes you wonder: Is Garfield’s Spider-Man really coming back for No Way Home?

she didn't even ask about No Way Home but Andrew Garfield answered it with nwh 💀🤨🤨 pic.twitter.com/xuUDNgWgLj

“How would you feel about ever having your Spidey back on the big screen in some form?” Zima asked the actor. Garfield responded that his answer could be taken out of context and said, “So to be clear, how would I feel, hypothetically, if my Spider-Man was put into the one that’s about to come out? How would I feel, hypothetically, if — it’s too big of a question for me to answer.”

Okay, so Garfield didn’t really answer the question, but the fact that he automatically mentioned No Way Home in his response could be hinting at something.

Rumors of Andrew Garfield and Tobey Maguire reprising their Spidey roles for No Way Home have been going around for a while now, though both Tom Holland and Andrew Garfield have denied these rumors.

Still, even though they’ve denied the rumors, you can’t automatically rule out the possibility that the rumors are true — Marvel is known for being very tight-lipped about their upcoming projects, plus there’s the trailer leak for No Way Home last month confirming that Alfred Molina is coming back as Doc Ock. If a villain from Maguire’s Spider-Man is making an appearance in the upcoming film, then there could be a chance that Maguire and Garfield will reprise their roles too, right?

Aside from the trailer leak, there was another leak that further supports fans’ speculation that Garfield will be making an appearance in No Way Home. The clip was also shown from another angle, revealing that Tobey Maguire was also featured in the clip, with both actors dressed in their respective Spidey suits. Fans have even gone as far as analyzing deepfakes to check the authenticity of the leaked clip, and based on analysis, fans consider the clip to be real.

Even with the leaked clips and Garfield’s vague response, it’s still difficult to say if we’ll really be seeing Garfield and Maguire in No Way Home. I guess we’ll only know once the movie comes out on December 17. 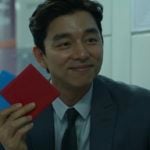 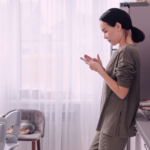