This marks the first time for Marvel Studios to earn any Emmys, doing so with the first show they put out for Disney+! This is a fantastic milestone considering that Marvel took over a decade to be nominated for a significant award in the Oscars (Black Panther’s nomination for Best Picture in 2019).

Additionally, as reported by Variety, the show has been nominated for 20 more awards, most notably for directing, writing, special effects, and especially for the work of the leads Paul Bettany (Vision) and Elizabeth Olsen (Wanda Maximoff). 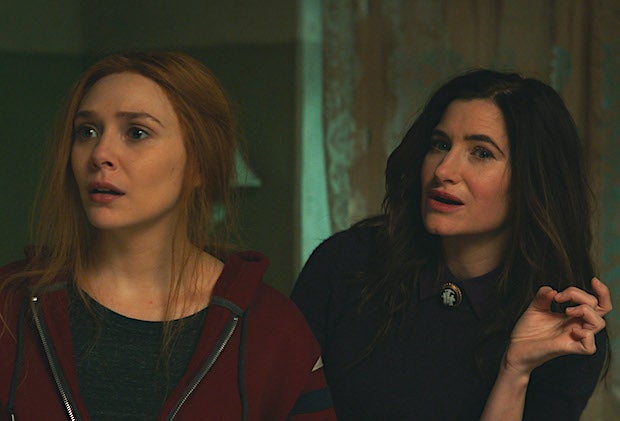 Even the supporting actress Kathryn Hahn (Agatha Harkness) has been nominated for her work. We will see if the show will win more awards as the Emmys continue this September 19.

The limited series ran for nine episodes on Disney Plus early this year and focused on the story of Wanda Maximoff and her synthezoid lover, Vision. When its first episode was released on January 15, critics and viewers were surprised to see a show broadcasted in black and white and a 4:3 aspect ratio, which directly imitated classic American sitcoms from the 50s.

It was something unexpected from Marvel’s usually formulaic (albeit compelling) storytelling. WandaVision’s experimental nature proved to be a unique and interesting way to convey the struggle of our main characters. I won’t say much more because of spoilers, but I highly recommend you watch it.

“WandaVision” is not Marvel Studios’ only show that has seen success, as their second series, “The Falcon and the Winter Soldier,” has received five Emmy nominations as well. It is also worth noting that this is Marvel Studios’ first Emmy award, but its former affiliate Marvel Television picked up an Emmy with “Jessica Jones” in 2016 for outstanding main title theme music.

Marvel Studios’ third series, the critically acclaimed Loki, did not reach the deadline for the Emmy Awards this year, but will no doubt get some nominations and hopefully some victories in the next edition of the awards show.

What went down during Tom Hiddleston’s hour-long ‘Loki lecture’