It is truly the most wonderful time of the year as Marvel recently released its first trailer for “Hawkeye,” its fifth limited Disney Plus series slated for release on November 24, 2021. It stars Jeremy Renner as Clint Barton, aka Hawkeye, who will team up with a well-known comic character, Kate Bishop, played by Hailee Steinfield.

The show will run throughout the Christmas season. Fittingly enough, the show seems to be a holiday-themed action-comedy, a charming gift for Marvel fans. Take a look below:

In the trailer, we see Clint Barton trying to make up for lost time with his reunited family after losing them in ‘the Blip’, the event in which half of the universe disappeared due to Thanos’ snap in Infinity War. Fans may remember his short stint as masked vigilante Ronin during ‘the blip.’ Unfortunately, that dark past has caught up to him, as is apparent in the trailer. “When I wore this suit, I made a whole lot of enemies,” says Barton, remembering his time as Ronin.

The show will also introduce Kate Bishop, a familiar character to comic readers but is all-new for moviegoers. A student of Hawkeye in the comics, we’re curious to find out the MCU’s take on her origin story.

This show seems like a breath of fresh air for Marvel’s limited series in Phase 4. While shows like “WandaVision” and “Loki” feature all-powerful characters, mysterious plots, and lots of dark themes, HawkEye seems like a down-to-earth action-comedy. The fact that it’s a Christmas special makes it seem quite light-hearted.

Rather than having a god-like main character, HawkEye features someone who is barely superhuman, much more similar to “Falcon and the Winter Soldier”. However, that doesn’t mean that Loki and WandaVision were terrible shows. It just means that HawkEye gives fans a breather from all the infinite-scale problems occurring in the MCU right now.

The official synopsis sets straightforward, earthly goals for our main characters, which probably won’t lead to something as big as the spawning of the multiverse.

“Former Avenger Clint Barton has a seemingly simple mission: get back to his family for Christmas. Possible? Maybe with the help of Kate Bishop, a 22-year-old archer with dreams of becoming a superhero. The two are forced to work together when a presence from Barton’s past threatens to derail far more than the festive spirit.”

Also, what does “Former Avenger Clint Barton” mean? When did Clint Barton stop becoming an Avenger? We might find out when Christmas comes this year. 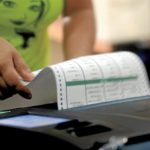 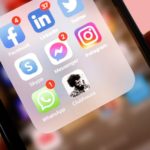