After their week-long promotional project “Queens Mystical General Store” on Instagram and their 7th anniversary live broadcast as a group, Red Velvet is back to releasing new music with a mini album (rightfully) titled “Queendom”.

A “big” announcement on August 2 was hinted by the Red Velvet members during the Naver V Live Broadcast that celebrated their 7th anniversary as a group, which thrilled fans and got them curious. Fan accounts on Twitter suddenly tweeted an announcement for Red Velvet’s Online Fan meeting on August 16, 2021, which drew in a lot of attention from fans before the girl group’s actual big announcement.

On August 2, 2021 at 12 M.N. KST, Red Velvet dropped the news that they are finally releasing a new EP on their social media accounts, with a pink and sparkly GIF of their logo and the title of their mini album, “Queendom”. Preorders for the album have started today as well.

This mini album marks Red Velvet’s return as a full group since December 2019 with “The ReVe Festival: Finale” and the title track “Psycho”. The group will also be holding an Online Fan Meeting on the same day as their comeback, at 8 PM KST.

With their reigning title as “Summer Queens”, Red Velvet’s summer release is expected to gain a lot of attention from fans and music critics everywhere. Their past summer tracks, namely “Red Flavor”, “Power Up”, and “Umpah Umpah” have received much love for their upbeat sound and visuals, gaining attention internationally and putting Red Velvet on Billboard’s radar. Billboard has even named them as “The Best Idol Group Alive” back in November 2019.

ReVeluvs everywhere are excited to hear Red Velvet’s iconic summer sound on August 16, 2021, and who wouldn’t be? Let’s all greet the QUEENS of K-Pop with grace and excitement!

The initials of their names are also on the logo 👑😲

graphic design and typography for major sm group comebacks in 2021 have been quite impressive so far, looking forward to what else is in store for red velvet, wayv, nct 127, aespa, and nct 2021 in the months to come! pic.twitter.com/gDHUAusdoU

a k-luvie connected the dots and came up with a theory that the Reve Festival is a carnival held in the kingdom of queens “Queendom” which is now the title of red velvet’s new album!!

the brain behind this🤧 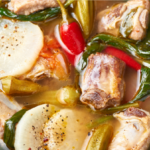 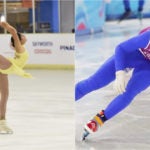