The Philippines’ very own sinigang was recently hailed as the best vegetable soup in the world on the food website TasteAtlas.

TasteAtlas, a “food atlas” dedicated to promoting cuisine from different cultures around the globe, announced its vegetable tier list via Facebook yesterday, Aug. 2.

While TasteAtlas did not specify which kind of sinigang is the best (pork, fish or chicken, among others), it noted that the mix of the soup’s base ingredients are what make this Filipino dish stand out.

“With its sour lightness perfectly matching the harsh tropical heat of the country, sinigang is a unique soup that is a true representative of Filipino cuisine,” TasteAtlas said.

“The basic broth usually consists of rice washing, with the addition of a souring agent,” TasteAtlas noted. “Sinigang is traditionally served hot and steaming as a main dish, with rice as its accompaniment.”

Just like everything, food evolves over time and sinigang is no exception. According to TasteAtlas, new variations replace sampalok with guava or raw mango, while different regions have their own techniques. So far, the government hasn’t shared any plans to “standardize” sinigang.

While many would say that no other sinigang can beat their mothers’ version, those who would like to try out the soup from restaurants can visit Pasig’s Locavore, Makati’s Sentro 1771 and Fely J’s Restaurant—the top three sinigang places TasteAtlas recommends.  /ra 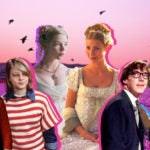 Who did it better? Different actors who played the same role 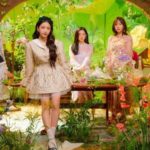