Inspired by the previous Caps, Ari battles the forces of injustice while donning the colors of the United States flag (which are also the same as the Philippine flag’s), as seen in Marvel’s announcement yesterday, June 4.

“Ari is a local Captain America-inspired hero who seeks justice on her college campus. When her school turns a blind eye to fellow students behaving badly, she springs into action—and she’s not afraid to fight dirty,” Marvel said. 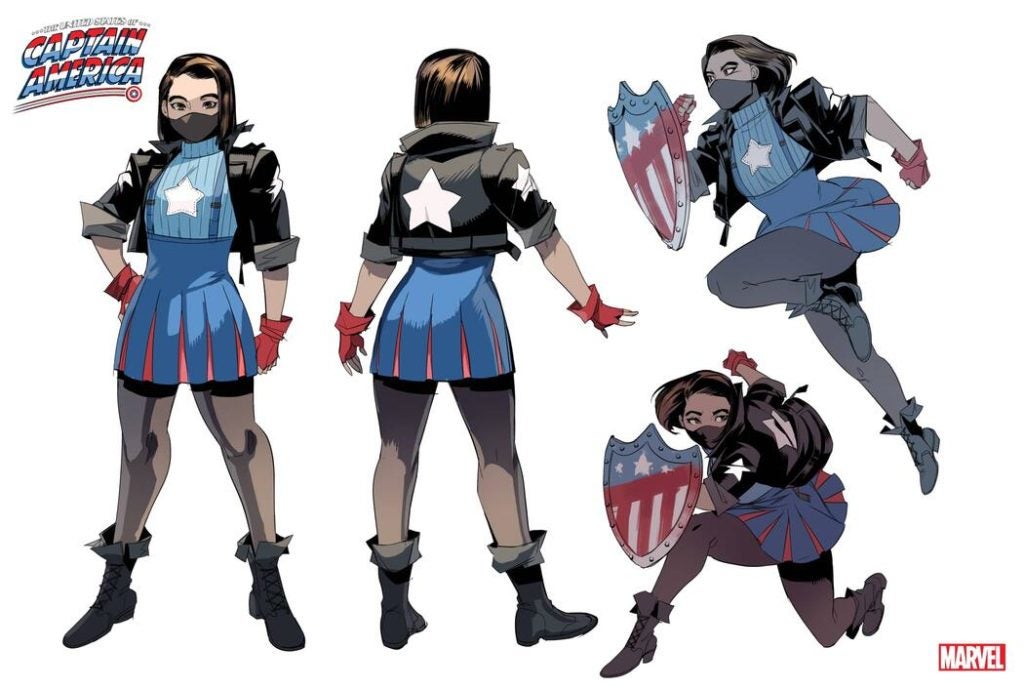 “When editor Alanna Smith approached me about creating a new, local Captain America for this series, I immediately knew I wanted to write a Filipino-American girl. There just aren’t very many of us in comics!” shared Alyssa Wong, one of her creators.

“I grew up without a Filipino-American community for the most part, so every time I see a Filipino character, I get excited. And getting to create one—a Captain America, even!—feels incredibly special,” she added.

In the comics, Ari is a scholar at a small, private university. She started being her local campus’ Captain America after she found out that one of her best friends was being abused by a wealthy legacy student.

“But what can she do when her college is only concerned with keeping its donors happy, and half the buildings on campus are named after her best friend’s abuser? In order to take him down, she’ll have to get creative,” shared Wong.

She also describes Ari as having “a strong sense of justice and admires the ideals Captain America embodies,” just like the other Caps, Ari, however, is mostly inspired not by the original Captain America Steve Rogers, but by Bucky Barnes.

“Someone who hates bullies as much as Steve does, but is willing to use sneakier, shadier tactics to deal with them. Ari’s a vigilante, and she knows that you can’t always win by playing by the rules,” Wong said.

She added that Bucky’s influence can also be seen in Ari’s costume, which was designed by debuting Marvel artist Jodi Nishijima.

As Ari’s co-creator, Nishijima shared that she is honored to have her Marvel debut “coincide with such an important and unique project.”

“To be able to lend my thoughts and experiences to a property and concept I greatly admire, as well as work alongside such talented and diverse creators, brings me an excitement that cannot be understated,” the artist said.

Aside from drawing inspiration from Bucky, Nishijima explained that she also based Ari’s look on the girls she has known in her life “who in their day to day appear very sweet and empathetic, but when challenged can be terribly fierce.”

The Fil-Am Captain America will be appearing alongside the other Caps, namely Steve Rogers, Sam Wilson, Bucky Barnes and John Walker, as they go on a trip across the US to find the stolen Captain America shield.

Ari will debut in the fourth issue of “United States of Captain America” on Sept. 22. The said comics is a limited series launching this month to celebrate the 80th anniversary of the iconic superhero.  /ra