While this year’s Olympic Summer Games continue in Tokyo, Filipino athletes are warming up to claim their spots in the 2022 Winter Games to be staged in Beijing.

Meet three athletes hoping to secure a spot in the upcoming Winter Games. 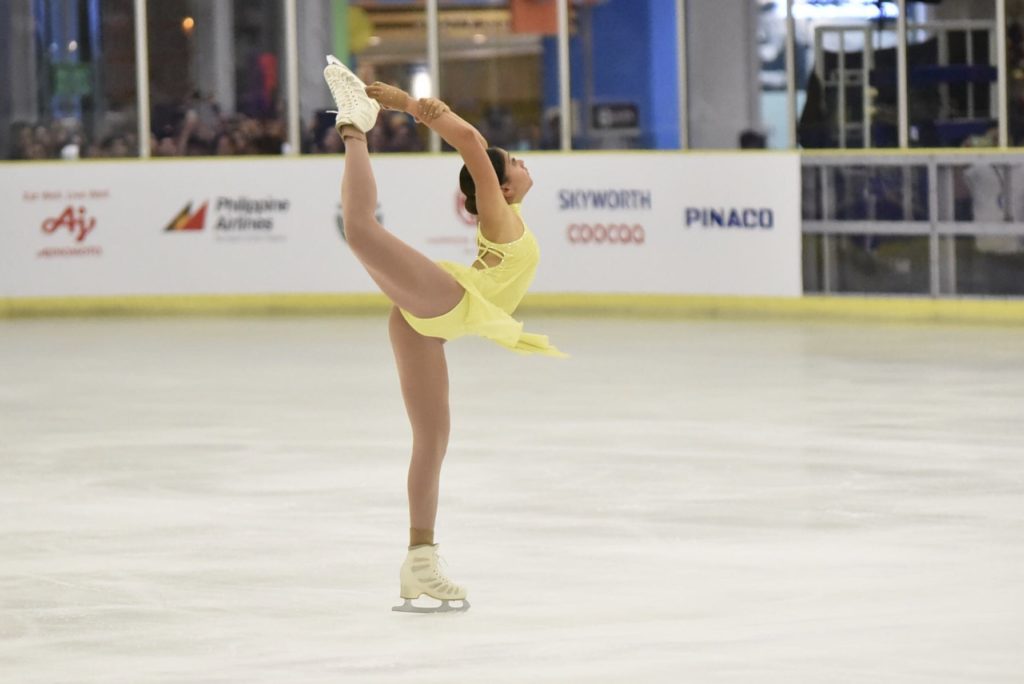 In 2017 Perticheto took home the bronze in the SEA Games, later bringing home the silver in 2019, for the Senior Women’s Singles Figure Skating event. She has also dominated the Egna Spring Trophy, a prestigious competition held annually in Italy.

At 23 years old, Perticheto was meant to be the sole representative of the Philippines and Southeast Asia in the World Championships, with no one to substitute for her.

Despite the rocky start, Alisson Perticheto is already back on her skates, promising to return even stronger for the next season, and hoping to dominate future Olympic qualifying competitions in order to claim a spot in the 2022 Winter Games. 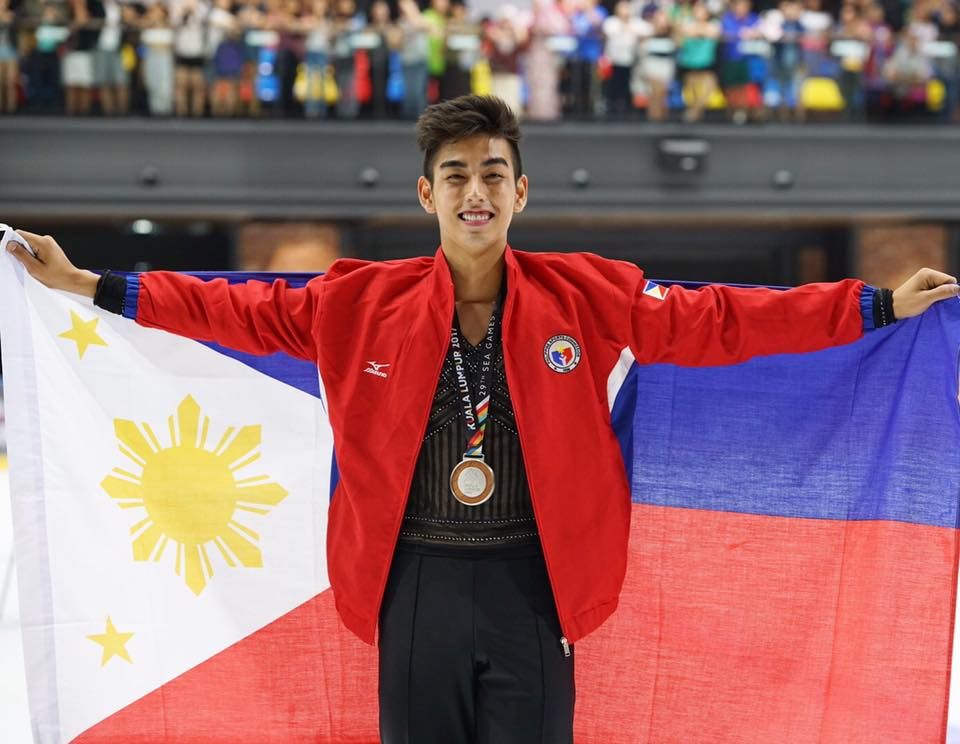 The Philippines’ only two-time Winter Olympian Michael Martinez has participated in both the 2014 Sochi and 2018 Pyeongchang Olympic Games. Martinez goes down in history as the first Southeast Asian figure skater to have ever qualified for the Winter Olympics, only being 17 when he competed in the 2014 Games.

Martinez snagged the silver in the 2017 SEA Games. He has also won at the Triglav Trophy twice, placed first at the Bangkok Asian Trophy, Serbia’s Skate Helena, and Crystal Skate in Romania.

After the 2018 Games, Martinez stepped away from competing. He established himself as a coach and created a stronger online presence on social media. Years later, Martinez self-reflected, he says “I asked myself why I am coaching when I should be skating.” He believes “I was born to perform,” and he claims that “I grew up proving myself to other people. Now, I want to prove something to myself.”

Making his comeback, Martinez strives to compete in both the 2022 Beijing and 2024 Milan Winter Games. No easy feat, and no cheap feat either. On April 11, Martinez posted on his Facebook account, sharing GoFundMe and GCash details, asking for help in covering his training expenses.

After the historic win of Hidilyn Diaz, who herself asked for extra financial support, fans of Martinez took it upon themselves to call for even more donations. Martinez has currently received $17, 351 from generous patrons, his team hopes to earn $50,000.

Michael Martinez is currently in Russia, training with Russian coach Nikolai Morozov, formerly a Winter Olympian himself. Morozov states that “I have high hopes and I’m confident I can make him a champion.” 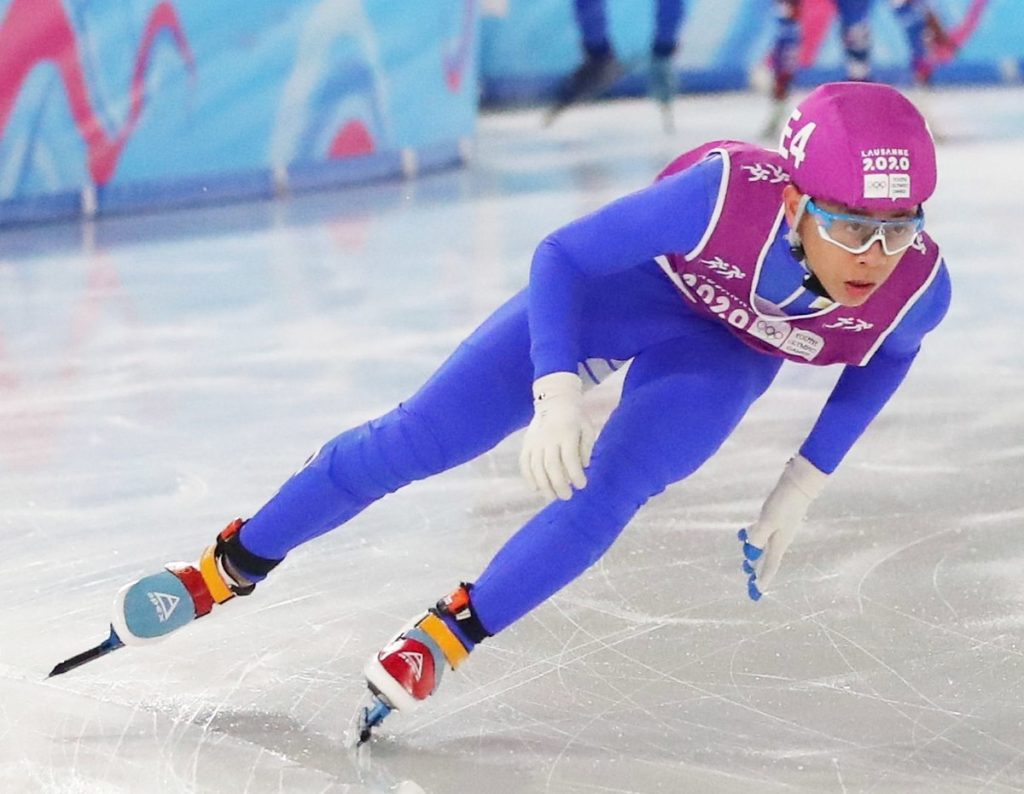 Trailblazer Julian Macaraeg is the Philippines’ first athlete to represent the country in both the 2020 Winter Youth Olympics and in the World Short Track Speed Skating Championships in March of this year.

Macaraeg dreams of achieving yet another first and enter the 2022 Winter Olympic stage as the first short track speed skater to represent the Philippines. He states that “Competing in the Olympics has been my dream since 2010.” Macaraeg decided to take a gap year before entering college, to achieve his Olympic dreams.

This year was 18-year-old Julian Macaraeg’s debut for competing at a senior level. He explains that “It feels really good to be racing with the best skaters in the world.” He says that “Every time I compete with them, I learn something new which I can use in future competitions. There is always room for improvement”

Similar to Martinez, Macaraeg’s team created a GoFundMe account last July 12, with a goal of $10,000. Macaraeg’s team has currently raised $5,326 in support of achieving his dreams.

Following Martinez’s earlier quest for funds, the Philippine Skating Union (PSU) responded, explaining the difficulties that come with funding the athletes. The PSU wishes to see all their athletes succeed, although funds are currently limited as sponsors are difficult to acquire due to the pandemic.

PSU President, Nikki Cheng, expounds on the Union’s desire to support all their athletes equally and fairly. PSU is currently funding five skaters, the three mentioned above, including Christopher Caluza and Edrian Celestino, both past Philippine National Champions.

The Nebelhorn Trophy is the final competition awarding qualifications for the Winter Olympics, beginning on September 22. Only 6 slots remain to be claimed for the 2022 Olympics, each country is permitted one representative for each category. The PSU can only send one male and female, since the Philippines was unable to hold a National Championship (due to the pandemic), it is currently devising a way to choose the sole male representative from the three hopefuls: Martinez, Caluza and Celestino.

Cheng assures that Martinez is already being supported by the PSU, though she adds that “Unfortunately, we are also not in the capacity to fund all of them fully,” continuing that “However, the federation continues to find [other] ways in providing that monetary support.”

Considering the economic situation of both the athletes and the PSU, Cheng believes that “it’s good that Michael is trying to gain additional support on his own.”

Martinez understands that “Figure skating is an expensive sport,” stating “I know I have to produce results to get sponsors but I’m hoping to be given the chance to do it.”

It takes a tremendous effort for athletes to succeed in their chosen sport. This effort is made doubly difficult when they are being faced with administrative and financial issues which slam the door on their faces before they even have a chance to try.

Hidilyn Diaz came home to “a plethora of rewards”, which she rightfully earned. But this begs the question, if such support was possible, why was it not given from the start? How many more athletes could the country produce if not only their achievements were rewarded, but their efforts were recognized as well?

Of course, such drastic change can’t happen instantly, but with the Beijing Games being months away, maybe (just maybe) we might see the beginnings of change.

While we wait, let’s not forget to cheer on those currently at the Tokyo Games. Good luck to the athletes in this year’s Olympics and good luck to those striving to claim their place in the next ones.