After being postponed for one year, 19 Filipinos were deployed to Tokyo for the 2020 Olympic Games. This is the largest delegation after 21 years, following the team for the 2000 Sydney Games, with 20 delegates.

All athletes, except for Hidilyn Diaz, will be making their Olympic debut in this year’s games. The oldest delegate is 43-year-old Juvic Pagunsan for Men’s golf, and the youngest being Yuka Saso, for Women’s Golf, at 20 years old.

Out of this year’s 19 athletes, 10 are women. Even before taking the Olympic stage, these 10 athletes make history being a part of the first Team Philippines that primarily consists of women.

In the 97 years since the Philippines made its Olympic debut in the 1924 Paris Summer Olympics, there has never been a Team Philippines where the female athletes outnumber the male representatives. There has also never been a Filipino athlete to secure a gold medal throughout the country’s participation in the Games… and now we have both (salamat sa gilas ng mga Pinay).

In the 1900 Paris Games, women were finally allowed to participate in the Olympic Games after their reestablishment in 1896 by Baron Pierre de Coubertin. He believed that “as no women participated in the Ancient Games, there obviously was to be no place for them in the modern ones.”

He further makes his point by stating that “no matter how toughened a sportswoman may be, her organism is not cut out to sustain certain shocks. Her nerves rule her muscles, nature wanted it that way.”

At the 1900 Paris Games, of the 997 athletes to participate, 22 were women. Thankfully the presence of women in the Olympic Games has only continued to improve ever since.

The International Olympic Committee (IOC) sees it as their responsibility “to encourage and support the promotion of women in sport at all levels and in all structures with a view of implementing the principle of equality of men and women.” The IOC does not only push for a stronger female presence in the Games but in essential organizational positions as well.

In 1991, if a sport wished to be included in the Olympics, it had to have a women’s category. Believe it or not, the 2012 London Games was the first time that women competed in all sports events. It was also the first Olympics wherein at least one female athlete was sent to represent each country participating in the Games. The 2020 Tokyo Game’s predecessor, the 2016 Rio Games, recorded 45% of Olympians being women.

Each sport has its own set of rules. Without a centralized age limit for participants, this year, some of the youngest Olympians came out to play. These teenagers (and one pre-teen) represent the future of sports and the Olympic Games. Among these young athletes, majority are women.

Skateboarding made its debut as an Olympic sport this year, and Women’s Street Skateboarding gold medalist is Japanese Momiji Nishiya… who is just 13 years old. In Table Tennis, 12-year-old Hend Zaza from Syria makes history as the 5th ever youngest Olympian. Zaza qualified for the Games when she was only 11 years old.

All 19 athletes of Team Philippines are highly accomplished men and women. Each person has definitely earned their place in the team, some even making history along the way.

Owning 10 medals, 3 silver and 7 bronze, the Philippines has never claimed the gold in 97 years.

And then came Hidilyn Diaz. 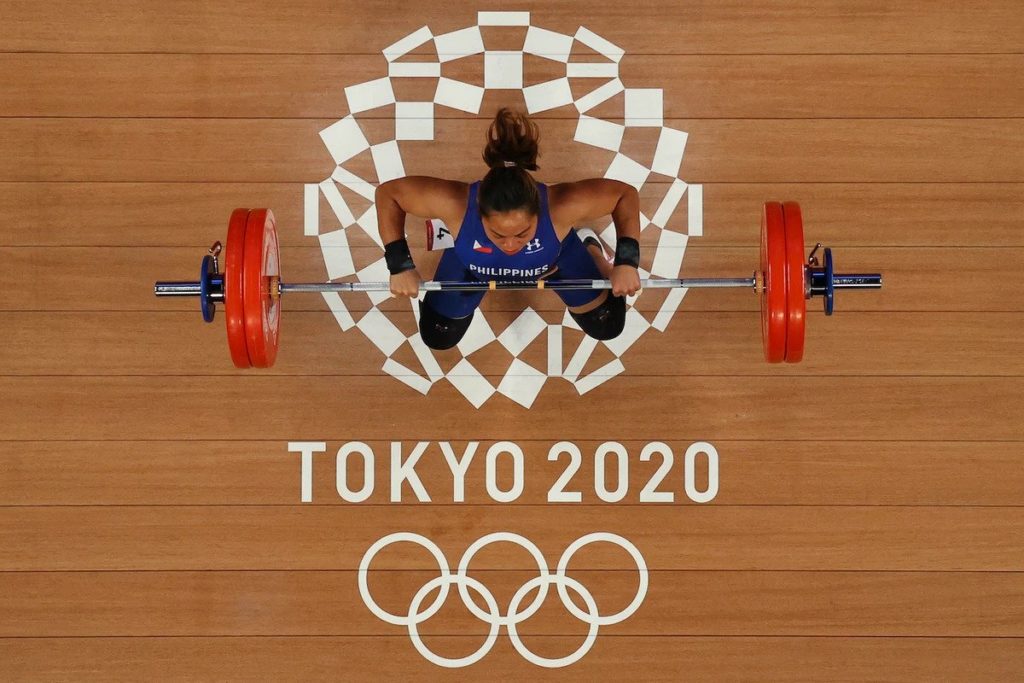 Competing in the Olympic Games for the fourth time, Diaz reaches the pinnacle of athletic success, while also setting a new Olympic record. Diaz was awarded by Mikee Cojuangco, Filipino equestrian and the first Asian woman to be included in the executive board of the IOC.

She was also there when Hidilyn got the silver medal at the Rio Olympics. Now Hidilyn got THE GOLD and she was the one who awarded it to her. Full circle. Congratulations, Hidilyn and Ms. @mikeecj! So proud. This is history. 🇵🇭 https://t.co/Dsj37D7roJ

The win was a momentous occasion for Filipinos and Filipinas everywhere. Viewers witnessed the emotional and chill inducing moment of hearing Lupang Hinirang play on the Olympic stage for the first time ever.

Hidilyn has a knack for breaking records. In the 2016 Rio Games, she won a silver medal in the 53kg Weightlifting Division, winning a medal for the Philippines after 20 years and being the first Filipina athlete to step foot on an Olympic podium.

Filipinas seem to be stealing the show in the Tokyo Games, regardless of whether they step on the podium.

no one is having more fun here than the Philippines' Margielyn Didal pic.twitter.com/g4qAdxfd1v

Margielyn Didal placed 7th in Women’s Street, but she definitely placed 1st for sportsmanship and overall good vibes. Didal used up every second of camera time that she could get, spreading her infectious energy and positivity across the camera. Filipino and international viewers applauded her ability to have fun in the high pressure setting of the Olympics, reminding everyone that it is the enjoyment of a sport that brings together viewers and athletes alike.

The athlete was even acknowledged by the Tokyo Games Twitter and becoming a bit of a meme afterwards.

This will be known as the "Margielyn Didal seal approval" 🇵🇭🇵🇭 pic.twitter.com/tWolMAQykq

Another record happily being broken is the 89 years wait for multiple Filipinos to make it to the podium in the same Olympic Games. Again, we have a Filipina to thank for this.

2019 World Champion, Nesty Petecio has secured her spot on the podium after the Women’s featherweight quarter finals where she scored 5-0. She will be coming home with a medal around her neck, and as the first Filipina boxer to set foot on an Olympic podium.

The triumph of our Filipina athletes has been received by some as poetic justice. Hidilyn Diaz’s win overshadowed Duterte’s final State of the Nation Address. The president previously accused Diaz of plotting against the government after she asked for financial support to train.

Hidilyn Diaz was maliciously tagged in Duterte ouster plot after she voiced the extreme lack of support for athletes in the Philippines. THIS IS A POWERFUL AND SYMBOLIC WIN— and a huge F U to a gov’t that lets its people down AND that looks down on women.pic.twitter.com/aGasvJp6c1

Athletes like Diaz and Didal had to fly abroad to train due to the lack of financial support from the government and proper training facilities in the country. Their athletic abilities and achievements are always reported as being “despite” having limited funds or access to facilities.

Imagine the athletes that would result from getting the proper support that they deserve? What will become of all the aspiring athletes who now see Filipinas like Diaz, Didal, and Petecio taking the Olympic stage and thriving? Will their passions be nurtured, or will their spirits continually be tested by the fatigue caused by a lack of support?

The future of Philippine athletes seems bright, Hidilyn, along with the other 9 women and 9 men in Team Philippines, hold the torch aloft for all those striving to one day reach the Olympic stage. Their light does not only lead the way for athletes, but it also serves as a ray of hope and feeling of respite for all Filipinos during these weary times.

Abante, babae! Let us see what the future holds for all aspiring Filipino athletes (hopefully better funding), but while we wait, make sure to cheer on the rest of Team Philippines as the 2020 Tokyo Olympics continues.