The anime adaptation is a reboot of the 2001 show, which is based on the Japanese manga series of the same name. Aside from the two seasons that were aired, the final season is composed of 13 episodes that was aired from April 6 to June 28, 2021.

Elizabeth Maxwell, who played the character of Arisa in “Fruits Basket”, shared her gratitude to everyone who supported the series.

“It’s hard to express how I feel as #FruitsBasket ends. Tears. Longing. Gratitude. This show is a masterpiece…Thanks forever for letting me be part of the magic,” she wrote on Twitter.

It's hard to express how I feel as #FruitsBasket ends. Tears. Longing. Gratitude. This show is a masterpiece. I had no idea when I started how much it would come to mean to me…how much it means to all of you. Thanks forever for letting me be part of the magic @caitlinsvoice💜🍙 pic.twitter.com/aBIlZkbUoo

Meanwhile, many fans felt it was a bittersweet moment to finally end the anime.

“I cried watching the final seconds. Fruits Basket was the first manga I ever read, so seeing the finale really made me emotional. It was a perfect finale,” one of the fans commented.

I cried watching the final seconds. Fruits Basket was the first manga I ever read, so seeing the finale really made me emotional. It was a perfect finale.

“Fruits Basket” is now also considered as the highest rated anime surpassing the “FullMetal Alchemist Brotherhood” (FMAB). Fans are really grateful for its exceptional storyline and shared their heartfelt thoughts.

Since the (2019) "Fruits Basket" is ending today, I wanna take this opportunity to express how much this series has meant to me throughout the years. pic.twitter.com/oeeQBG6S0B

I am a mess. A total fucking mess, saying goodbye to a series that absolutely stole my heart is bitter sweet.

I love this cast, this story and all it had to say. It’s easy to see why this a shoujo classic, it moved me in every way a story could. Fruits Basket thank you pic.twitter.com/qp5HEL1uGQ

Happy Last Fruits Basket Day! It's Fruits Basket's last episode today so here's my farewell art for one of my favorite stories of all time both in anime and manga :< big respect to this wonderful, healing masterpiece!

I can’t believe this beautiful journey has come to an end. I’ve grown so fond of the characters and story over the past 3 years and it pains me to say goodbye

Thank you TMS and Takaya-sensei for giving us a complete adaptation of this masterpiece #fruitsbasket pic.twitter.com/CfOVYEBvze

A 6-minute video was also posted on YouTube, commemorating the 13th and final episode of “Fruits Basket.”

Although there isn’t a season 4, a new project has been announced by the producers.

According to reports, the story will focus on Tohru’s parents. It is not confirmed yet if it is a TV series, movie or, OVA.

“Fruits Basket” was created by Natsuki Takaya and was originally published in 1998. The story revolves around an orphaned schoolgirl named Honda Tohru who tries to change the lives of a cursed family that transforms into animals. 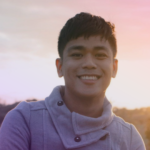 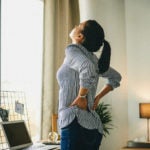 Sitting up straight could boost your mood, says study