If they’ve made you cry after asking for more and more, it’s time to cheer up because TWICE is finally coming back for a “Taste of Love” this June! (See what I did there, ONCES?)

TWICE’s 10th Mini-Album is slated to be released this coming June 9 and June 11, raising their fans’ expectations for their favorite girl group’s brand-new songs and upcoming teaser photos.

“Taste of Love” marks the group’s comeback after the release of their second full album “EYES WIDE OPEN” last October 26, 2020, which surpassed their 9th EP, “More and More” on the Billboard 200 charts with 72nd place – the group’s highest entry and the 3rd entry of a KPop girl group within the Top 100 after 2NE1 and Blackpink.

Amidst preparations for their latest comeback, TWICE had been spotted filming their music video in Jeju Island and was revealed to have (possibly) rented out the resort they were staying at.

Are you ready for another summer bop, ONCES? Nobody can stop us from dancing the night away while we wait for our summer queens, TWICE!

K-pop group EXO “ghosts” their fans after teasing a comeback

“Thanks for your kind words,” GigaChad finally responds to the memes 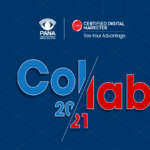 PANA and CDM partner a successful premiere of Collab 2021 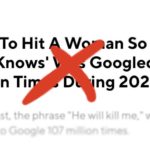