Doesn’t it hurt to get ghosted by someone you might have caught feelings for? Well, how about a whole K-pop group (possibly) ghosting you?

On their 9th anniversary as a group, EXO shared a celebratory post on their social media accounts, as well as a spoiler for their comeback album – their first comeback as a group since 2019. The spoiler titled, “L-1485”, features the six active members of the originally nine-member group, which revealed that they had been preparing for their album in secret and were in the process of filming their music video to be released in the first half of 2021.

The video was released after Chanyeol’s enlistment into the military on March 29, to be followed by Baekhyun on May 6. The upcoming comeback will also mark the return of Xiumin and D.O. to group activities after their mandatory military enlistment in 2019.

But after this “oasis in the desert” kind of announcement from EXO after so long, the group seemingly vanished into thin air. Fans all over the world, also known as EXO-Ls, were somewhat perplexed at how their favorite group could suddenly drop a comeback teaser then “dip” and not post anything about it afterwards.

Here are some of EXO-Ls’ reactions to being ghosted by their faves: 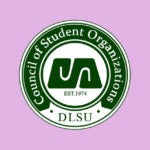 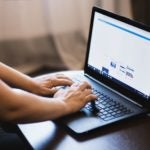