Before judging anything (or anyone) on the internet, it’s best to know both sides of the story first.

A Facebook post became viral after its comparison of how two children celebrated their birthdays this year. The story of one of the children featured in the post had already circulated around the internet earlier in the month. He expressed thanks to his mother for his birthday ‘handa’ despite an approaching typhoon.

Rodello celebrated his 13th birthday on Sunday, the same day Typhoon #BisingPH's strong winds and heavy rains were felt in the province. | @JMRiveraINQ

Rodello Tualla, a 13-year-old boy from Biliran province, shared photos of himself and the ‘spaghetti’ prepared by his mother on Facebook with the caption, “Kahit bagyo, may spaghetti pa rin. Salamat, Ma”.

On the other hand, a TikTok of an 11-year-old girl pulling money out of a cake with a disappointed look on her face recently went viral but was met with negative reactions. Some called her names and said that she was ungrateful, and even laughed at her for looking frustrated over the amount of money she received. 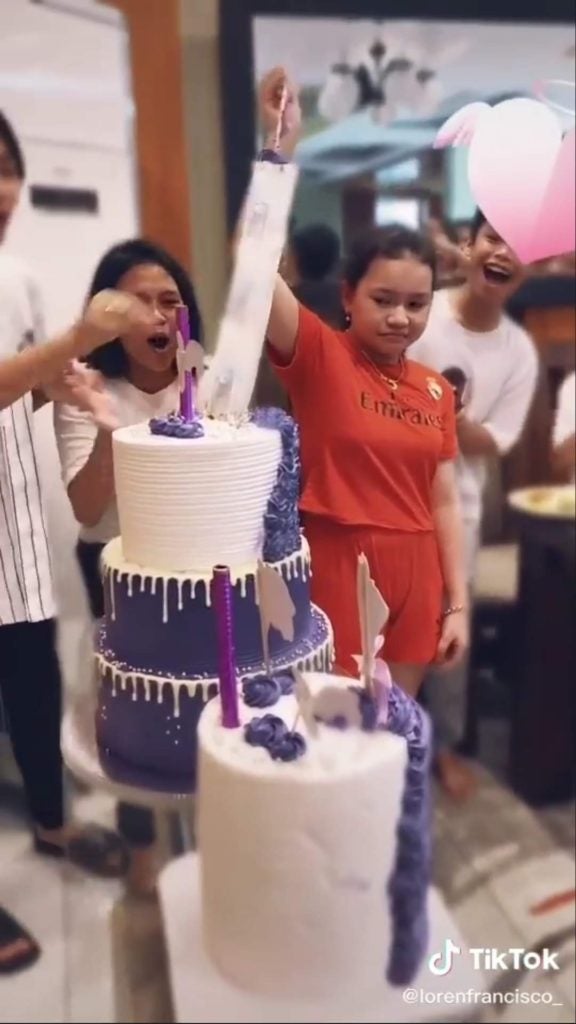 But as always, not everything looks like what it seems to be.

According to a comment under the viral Facebook post, the 11-year-old girl in the video wasn’t happy with how her birthday turned out, nor did she understand the meaning of money yet. She had told her parents beforehand that she didn’t want a birthday celebration.

One claimed that because her parents are OFWs and couldn’t be there, her parents insisted on a party and hoped to surprised her with a large amount of money in her birthday cake.

Someone explained that the girl cried because she thought that everyone was making fun of her and that they don’t understand why she’s being judged online when they don’t even know her.

Other Facebook users then came in defense of the girl stating that we don’t know the whole story so we shouldn’t jump to conclusions right away. Whether or not the claims are true, the girl shouldn’t be ridiculed for something taken out of context.

People are often too quick to judge others through pictures, and although images often tell a story, it doesn’t paint the entire truth within it.

While we are all entitled to our own opinions on things, let’s not forget about our limits, especially to people we don’t personally know and understand. At first glance, the girl in the video may look spoiled, ungrateful, and even ill-mannered. However, if you consider the nuances of social media, the girl might feel that way because she didn’t get what she wanted on her special day: the presence and affection of her parents.

It’s quite unfair to pit the two children and their stories against each other since both of them have different experiences. We also don’t know them personally to say anything about their feelings towards their celebrations.

Both stories are opposites of one another; while one has been shown the love of their parents though not being well off, the other didn’t receive the love she terribly longs from her parents and instead was showered with material things.

Next time let’s all not judge others so quickly. We don’t know their whole truth, anyway.