The band also performed “Jimmy Fallon Big!,” from 2017’s Soft Sounds From Another Planet as a web exclusive, a song Zauner wrote about the bass player of her previous band. “He’d been offered a better touring gig and so he sat me down at my kitchen table and told me he had to quit the band because this other band were going to be ‘Jimmy Fallon big.’ At the time it felt like losing a brother, and there was this shame, feeling like I was never going to get there myself,” Zauner told NPR. “Funny enough, he now plays bass in Japanese Breakfast! Now we just need to play Jimmy Fallon and the cycle will be complete!” 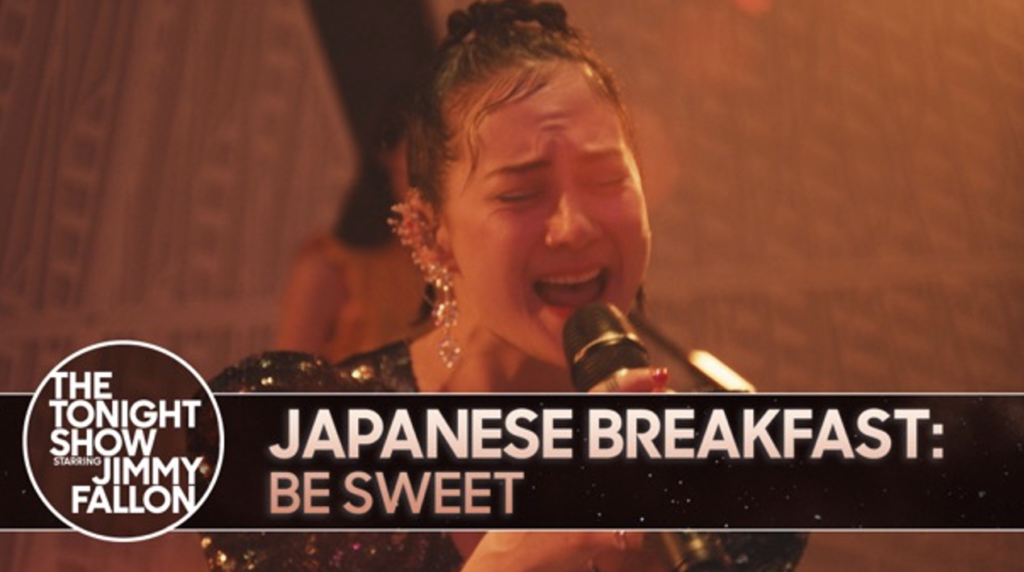 Jubilee is due June 4th via Dead Oceans.

“We may be contending with grief and illness on a mass scale, but Japanese Breakfast gives us a way to resist sorrow.” –Pitchfork, Best New Track

“Confidently opens up her sonic universe. ‘Be Sweet’ is immaculately executed ‘80s synth-pop, down to the polyrhythms and the harmonies that kick in during the radio-ready chorus.” –Billboard

“Cuts through her ubiquitous dreaminess with an effectively direct message. Sincerity is an uphill battle, and Michelle Zauner is committed to the climb.” -The FADER

“With its rallying cry for kindness and acceptance propelling us into another year of many unknowns, ‘Be Sweet’ is the anthem we need now more than ever.” -them.

“Zauner [is] channeling joy and ecstasy just as she once so devastatingly channeled grief.” –Stereogum

“After two albums spent amid dream-pop excavations of grief and longing, Japanese Breakfast’s Michelle Zauner is bringing the joy — and it sounds infectious as hell.” -MTV

“An impressive vocal performance… The album’s lead single is a joyous and hopeful introduction to Zauner’s next album.” –Paste

“A new era of Japanese Breakfast is coming – and it’s a very joyous one.” –The AV Club 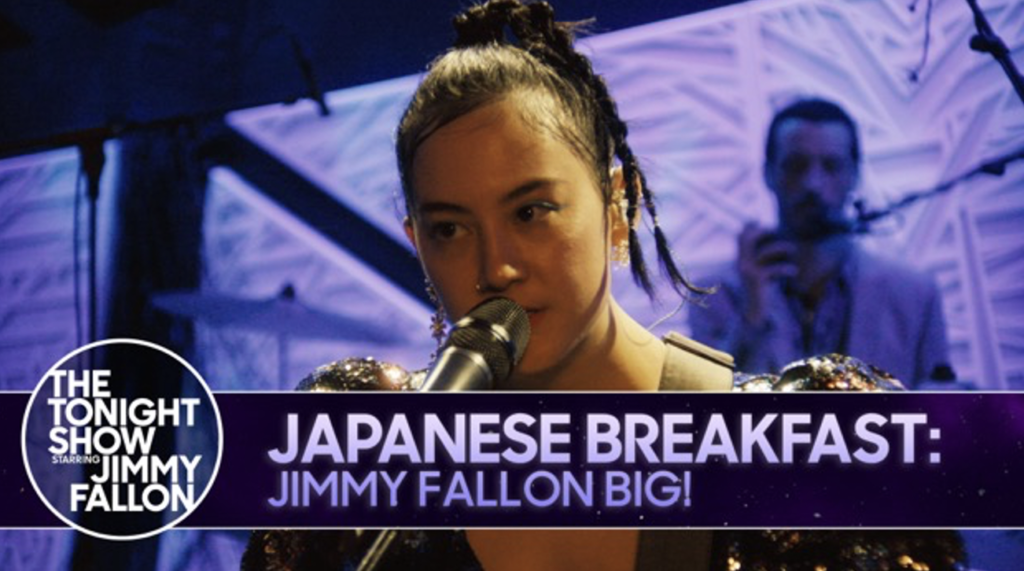 From the moment she began writing her new album, Japanese Breakfast’s Michelle Zauner knew that she wanted to call it Jubilee. After all, a jubilee is a celebration of the passage of time—a festival to usher in the hope of a new era in brilliant technicolor. Zauner’s first two albums garnered acclaim for the way they grappled with anguish; Psychopomp was written as her mother underwent cancer treatment, while Soft Sounds From Another Planet took the grief she held from her mother‘s death and used it as a conduit to explore the cosmos. Now, at the start of a new decade, Japanese Breakfast is ready to fight for happiness, an all-too-scarce resource in our seemingly crumbling world.

How does she do it? With a joyful noise. Jubilee bursts with the most wide-ranging arrangements of Zauner’s career. Each song unfurls a new aspect of her artistry.

In the years leading up to Jubilee, Zauner also took theory lessons and studied piano in earnest for the first time, in an effort to improve her range as a songwriter: “I’ve never wanted to rest on any laurels. I wanted to push it as far as it could go, inviting more people in and pushing myself as a composer, a producer, and arranger.”

Throughout Jubilee, Zauner is hardly fictionalizing her lyrics, instead pouring her own life into the universe of each song to tell real stories, and allowing those universes, in turn, to fill in the details. Joy, change, evolution—these things take real-time, and real effort. And Japanese Breakfast is here for it. 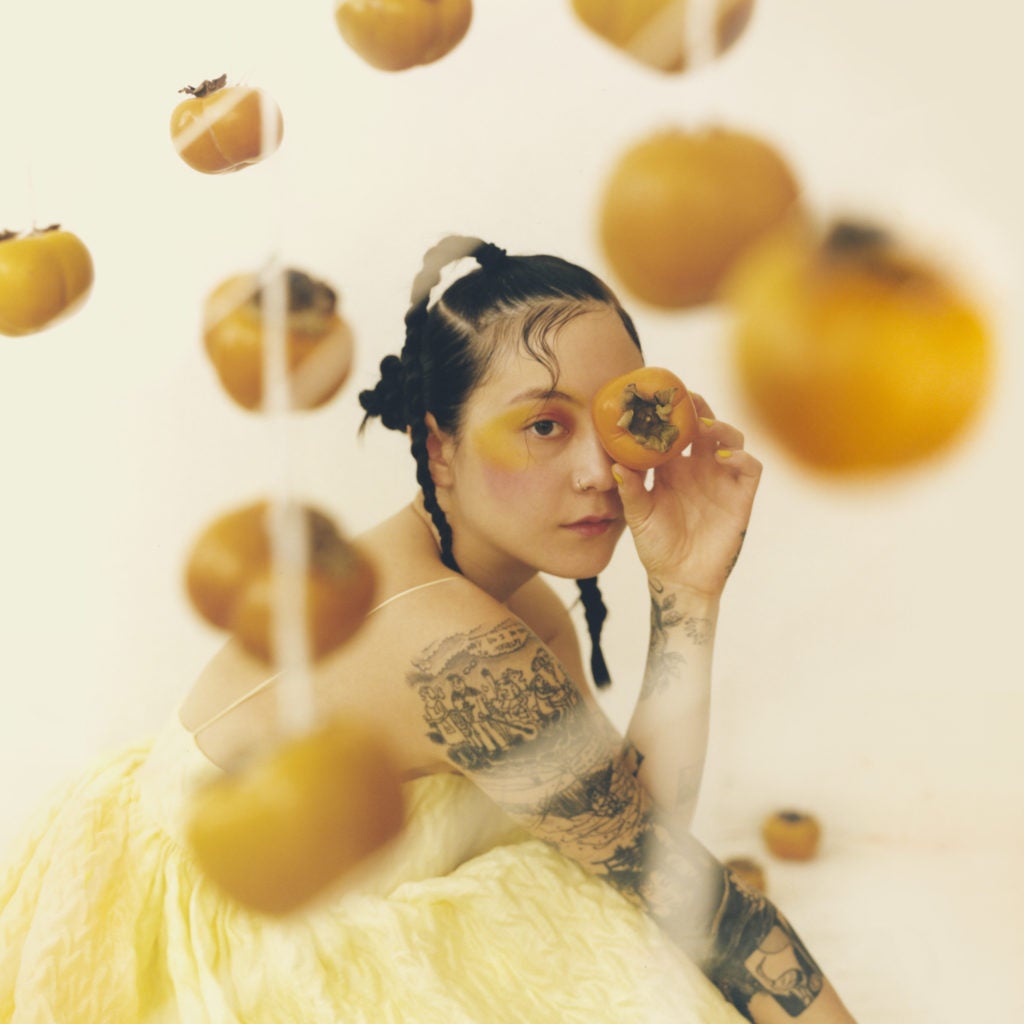