Kylie Jenner has been in the heat of public outrage when she asked fans to donate to a makeup artist’s GoFundMe campaign — a bold ask considering her billionaire status. Now, the reality show star is claiming that the narrative has been “twisted.”

The beneficiary of the fundraiser is Sam Rauda who previously worked for Kylie as her makeup artist for around six years. His family set up a campaign for his medical expenses after he was met with an accident. They are currently seeking $120,000 and have raised a little over $100,000 so far.

Kylie was criticized for only donating $5,000 to the cause. While the A-list celebrity has stated that they have not had a personal relationship in a while, she could easily cover all his medical bills just as a kind gesture.

People were frustrated with the fact that she asked her non-billionaire fans to shell out money instead of just donating more on her own — which probably wouldn’t even be a steep loss considering her net worth.

She then took to Instagram to speak out on the controversy. Kylie cried out that she was being painted in a “false narrative.”

It sure doesn’t help that she reportedly lent her sister Kendall Jenner her $72 million private jet for a trip to New York over the weekend. Apparently it costs $50,000 to fly to the east coast from California.

Needless to say, Twitter users are not letting go of this issue that easily.

kylie jenner bought her toddler a $15,000 handbag but is asking her fans for money pic.twitter.com/dH4Rua6Imk

Her makeup artist apparently needs $60k. Kylie Jenner paying that would be like someone with $100k net worth sparing $6.72 to pay off a friend's medical bills.

quit pushing the narrative:the wealthy give back, they don’t. they prove that to us over and over, to where it feels the only option is to tax tf out of them, they’re not gonna give up their money either way, so they need to be stolen senselessly from just like we are. pic.twitter.com/hsM4okpYDq 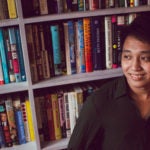 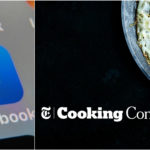