“The world has lost an angel,” fans and fellow musicians all over the world are mourning the death of Grammy-nominated artist SOPHIE.

Known as a pioneer in electro-pop, SOPHIE’s avant-garde sound transformed underground dance music. Starting out as an anonymous artist, her identity and gender were the subject of press speculation. It wasn’t until 2017 when she finally came out to the public. She made her breakthrough with her single ‘It’s Okay To Cry’ — revolutionizing the genre as an openly trans producer.

“No, I accept you / And I don’t even need to know your reasons,” no one could capture vulnerability and liberation quite like SOPHIE, making space not only for herself but for everyone listening.

The Glasglow-born musician went on to challenge societal norms and contemporary music as we knew it. At the age of 34, SOPHIE’s trailblazing career was definitely cut too soon with her sudden passing.

SOPHIE’s management confirmed her death on January 30 in a social media post. “True to her spirituality she had climbed up to watch the full moon and accidentally slipped and fell,” the statement reads.

As a staple in the industry, SOPHIE has made a tremendous impact on so many artists — collaborating with the likes of Madonna, Charlie XCX, Flume, and Kim Petras. When news of her death surfaced, everyone took to social media to pay tribute to the iconic artist. 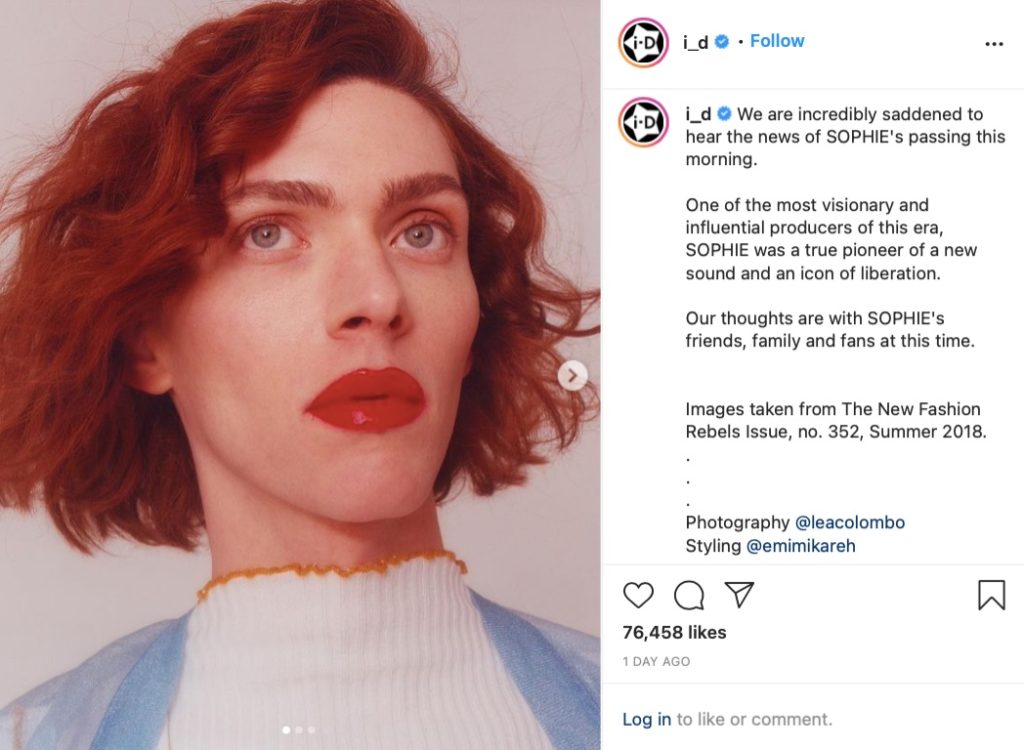 if you make contemporary music u have been inspired by sophie whether u know it or not!!! she was one of the greatest producers of all time… before we worked i would always hear from friends that she made all her music on a little box with knobs… pic.twitter.com/GD5MUYE25b

Heartbreaking news. The world has lost an angel. A true visionary and icon of our generation. Your light will continue to inspire so many for generations to come. Thinking of Sophie’s family and friends at this hard time ❤️ pic.twitter.com/7qr4aI0DDi

“I think all pop music should be about who can make the loudest, brightest thing,” SOPHIE shared in an interview in 2015.

And her light will continue to shine on just as brightly, for there is no doubt that her music will be kept on full blast.