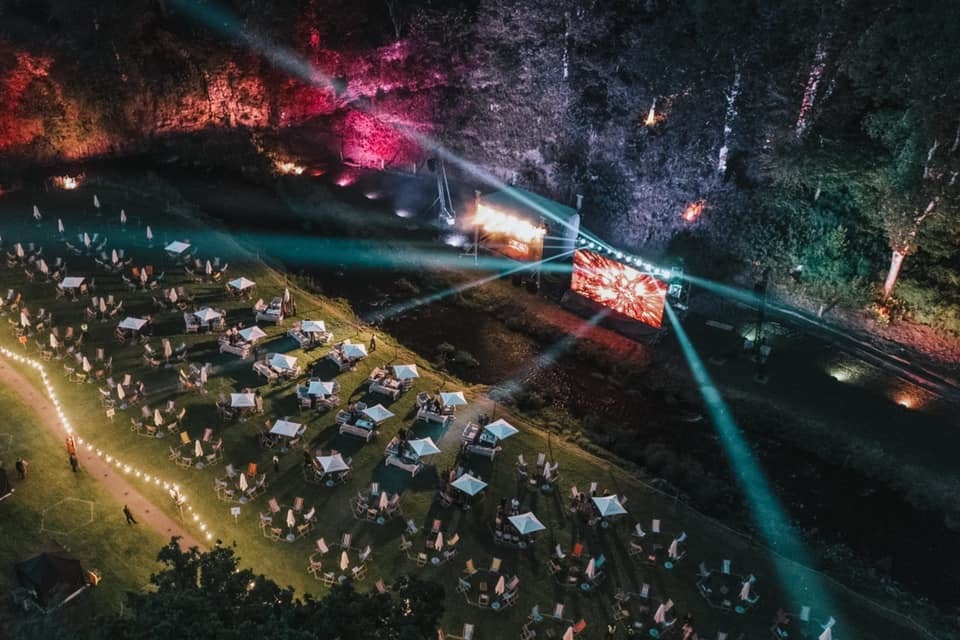 As most of the world still remains in lockdown, many of us spend our time in the comforts of our home as we long for the days pre-pandemic. Whether you just yearn for the embrace of a friend or you’re reminiscing the experience of a live concert, we all just miss being in the company of people.

While countries have been trying to manage the number of cases and working to distribute vaccines, it will still be awhile until things go back to normal. So don’t get your hopes up for mosh pits to return any time soon.

With the live events industry greatly affected by the pandemic, venues and production companies have been adapting in various ways. 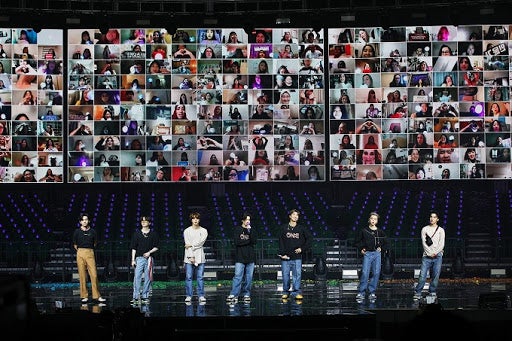 It seems like everyone has fully transitioned online to adjust to the restrictions of the lockdown. Nowadays, the only chance we get to see our favorite artists perform is through livestream concerts. For indie musicians, they can set it up right from their bedroom and invite their fans for a video conference to recreate an intimate space over Zoom. On the other hand, sensations like BTS perform on a stadium stage for their livestreams — making their famed performances now a lot more accessible for fans across the globe. Their first-ever online concert ‘Bang Bang Con: The Live‘ garnered 756,000 viewers from all around the world. 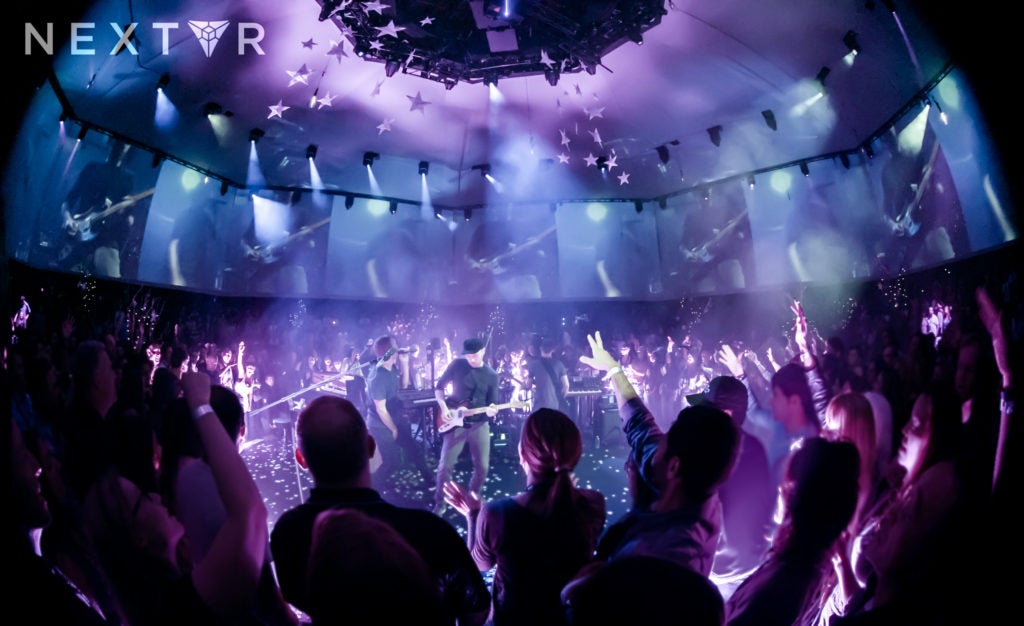 Coldplay recently released concert footage in 360 degree format for VR. This gave fans an immersive experience compared to just viewing it through a laptop screen. You’re also put in a perspective being amongst the audience, shoulder to shoulder — probably the closest we will ever get to that feeling for now. Back in 2014, Paul McCartney had also come out with a VR video of his ‘Live and Let Die’ performance. However, this one was recorded from the stage, following McCartney throughout the song. Fans can definitely get a unique point of view from this angle as they’re typically used to being behind the barrier. 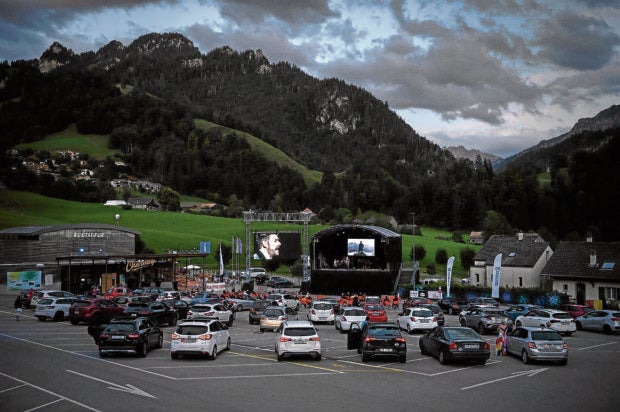 One of the most popular ways organizers are getting artists and audiences together are through drive-in concerts. While drive-in movie theaters have been a thing for quite some time, production companies saw the set up to be fit for live entertainment as well. The Festival du Lied in Switzerland has brought classical music to the Alps for nearly two decades. So when the pandemic hit, the festival adapted the format in order to safely carry on the tradition. Thailand added their own twist to the drive-in experience by using tuk tuks for a local festival. 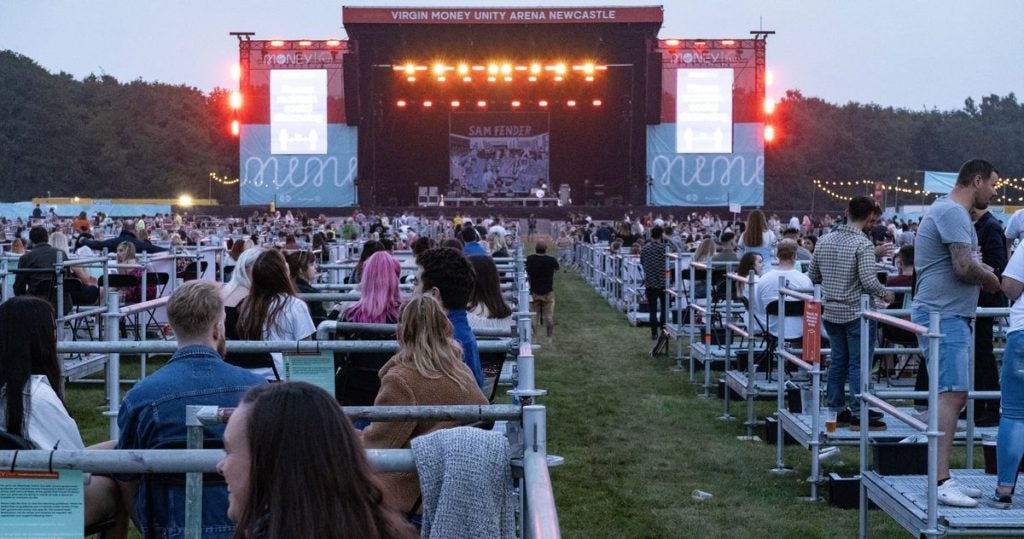 The UK hosted its first socially distanced gig with indie rock artist Sam Fender. With a maximum capacity of 2,500 attendees, concertgoers were required to stay in their designated viewing platforms in groups of up to five. Security personnel were also stationed around the venue to ensure that the guidelines were being followed. Though it’s not the same feeling as being part of a crowd, at least you never have to worry about losing your friends in the mob. 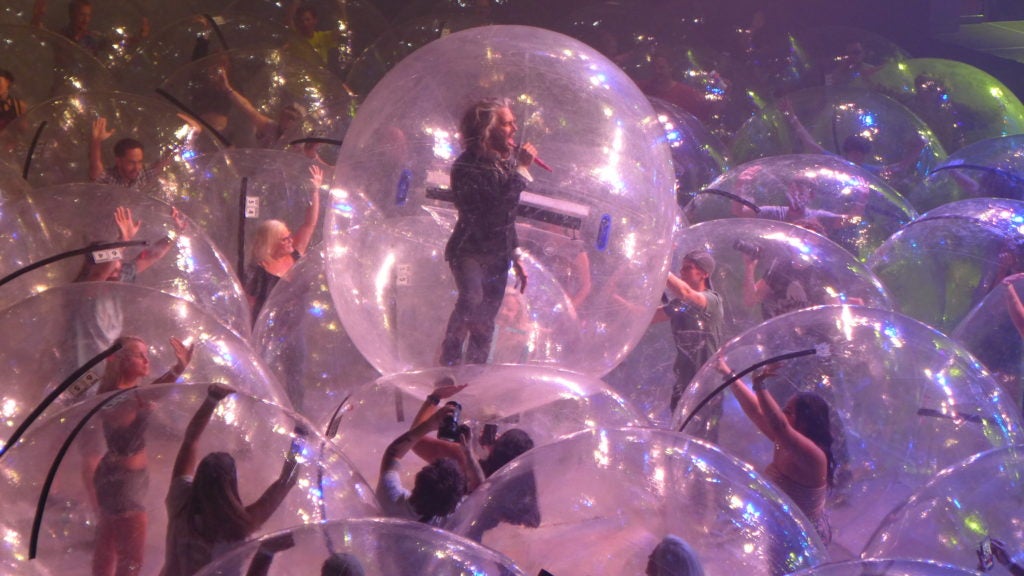 The Flaming Lips just recently staged the world’s first ‘space bubble‘ concert. Everyone in the room was placed inside their own human-sized hamster bubble, including the performers on stage. The band held two shows, with each gig accommodating 100 bubbles. Inside each vessel was a speaker which prevented the sound from being muffled. Fans were also equipped with a water bottle, a battery-operated fan, a towel and a “I gotta go pee/hot in here” sign. The bubble would be filled with cool air if anyone felt it getting too hot. As for those who needed to go to the bathroom, they were safely escorted out of the crowd by staff. 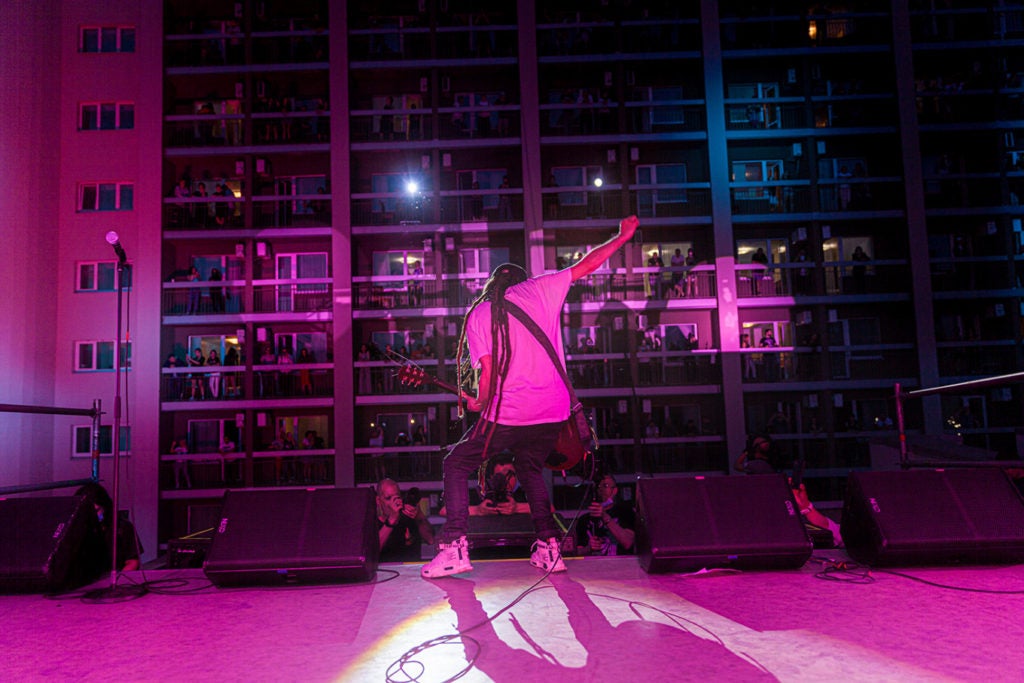 Perhaps considered to be the venue of the future, vertical concerts have been becoming a trend lately. Ukrainian rock band ‘Green Grey’ dubbed their gig back in June 2020 to be the world’s first vertical concert. The band set up their show on the rooftop of a small building opposite a hotel with dozens of balconies. Justin Bieber later on held his own vertical concert for New Year’s Eve in front of the iconic Beverly Hilton Hotel. This concept definitely looks promising as it doesn’t compromise the concert experience while still social distancing. There have even been talks of building a kind of performance space called the Vertical Theatre.

It’s clear that the industry has taken matters into its own hands, by going the extra mile to find innovative ways to bring back live events. So do you think any of these new formats would be worth paying a ticket for? 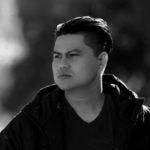 Jacob Clemente’s ‘Naghihintay’ is out now on all digital platforms 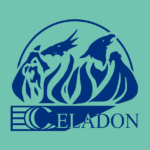