A boutique hotel has created a room based on the popular limited series “The Queen’s Gambit,” giving its guests the chance to spend a night in “true Beth Harmon style.”

The hotel chain set up the 1960s-style room in its branch in Lexington, Kentucky, in the United States, where the show was set.

The company revealed the room’s interior on its Facebook page yesterday, Jan. 6. It features “mid-century modern furniture” with green accents and a blue-green carpet floor.

Designers also installed a “larger-than-life overhead chessboard” inspired by Harmon’s visions in the series to help guests channel their inner chess prodigy. Along with the installation, the room’s bold wallpaper consists of black and white knight chess pieces as well.

"It's an entire world of just 64 squares." – Beth Harmon Fans of @Netflix hit The Queen's Gambit can now stay in true…

“The Queen’s Gambit” is based on the 1983 novel of the same name by Walter Tevis. It follows an orphan named Beth Harmon as she strives to become the world’s best chess player.

It premiered on Netflix last October and features Anya Taylor-Joy as the story’s protagonist.  /ra

The makings of a self-made queen: Notes on ‘The Queen’s Gambit’ 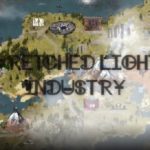 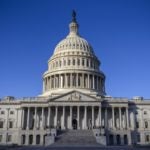