Follow us:
US Congress has passed legislation including the authorization of a women's history museum in Washington, DC. Image: AFP/ERIC BARADAT. 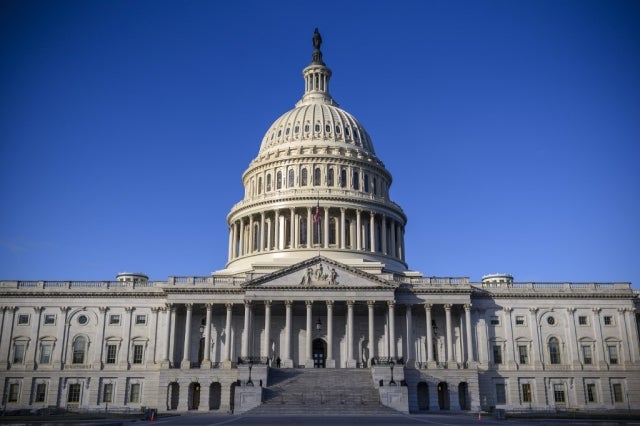 US Congress has passed legislation including the authorization of a women’s history museum in Washington, DC. Image: AFP/ERIC BARADAT.

The idea isn’t new, but it has made it all the way to United States Congress, where legislators recently passed a proposed bill authorizing a national museum dedicated to women’s history. The initiative is destined to redress the underrepresentation of women in the country’s memorials, monuments and museums.

The idea of a museum of women’s history has been before Congress since at least 1998, when the Democrat Senator Carolyn B. Maloney introduced legislation to study the idea of establishing one. But it wasn’t until 2014 that a Congressional Commission was created to study the potential for establishing an institution dedicated to women’s contributions to the American nation. Its findings were categorical: it was high time for a museum to tell the stories all too often untold in school books and national monuments. In fact, only 10% of statues in the famous National Statuary Hall Collection represent women.

“Most Americans know of women like Abigail Adams, Susan B. Anthony and Rosa Parks and the stories of how they led the movements for greater freedom and equality. But few can name the myriad adventurers, explorers and innovators in media, law, fine arts, sports, business, and science and technology, who happened to be women — and the Museum’s goal will be to make those women household names,” the commission wrote in its report.

Although prospective visitors will have a few years to wait before the Smithsonian Women’s History Museum opens its doors, the Smithsonian Institution can already start work on hiring personnel and deciding the museum’s programming. According to The Washington Post, the new institution will build on the work of the American Women’s History Initiative, which has a mission to “create, educate, disseminate, and amplify the historical record of the accomplishments of American women.”

Since its creation in 2018, the American Women’s History Initiative has staged several exhibitions and conferences themed on remarkable women such as Emily Howland, Georgia O’Keefe and Janet Echelman.

The Smithsonian Women’s History Museum will have a vast and challenging mission: the legislation approved by the Senate stipulates that it should “present the diverse range of experiences and viewpoints of all women in the United States, reflecting upon the things that set women apart from one another while also highlighting the experiences that many of these women share.” No mean feat!

Although institutions dedicated to women’s history are still relatively few and far between, there are examples in Ireland, Germany, Italy, Sweden and Mexico. Many take the form of virtual museums, such as the Women’s Museum Istanbul or the MUSEA website run by France’s Universite d’Angers. CC

Missing museum visits with friends? There’s an app for that