MANILA GREY drops an Asia-centric official video for ‘Night Code’, a track that is featured on their most recent project No Saints Loading. The video is laden with the bright lights of the far East capturing the pulse of the night and the aggressive flash of tuner cars. Night Code was filmed across various cities during their sold-out Asian + Canadian tour including Taipei, Hong Kong, Singapore, Manila and their hometown of Vancouver. 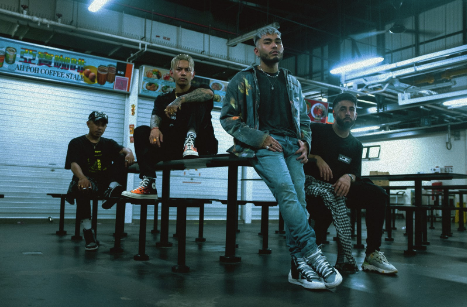 Night Code is the second video from the project. The first being the lush tropical day time vibes of Silver Skies.

“For the No Saints Loading project we set out to make two visuals, one for ‘Night Code’, the other for Silver Skies,” says Manila Grey. “We feel both visuals capture the essence of the music, from the warm and lush chords of ‘Silver Skies’ to the shadowy menacing synths of ‘Night Code’. There’s always been a duality in Manila Grey and we thought the contrast of night and day was a perfect way to showcase the two sides of this world that we’ve built. We wanted the fans to experience the light and dark sides of this high speed tropical paradise.”

The two videos symbolizes their multifaceted identity, a sort of yin and yang, with the visuals transitioning from the tropical and vibrant imagery present on previous single ‘Silver Skies’ to the slick, dark mood of ‘Night Code’.

As the title suggests, No Saints Loading (slowed + reverb) is a version of their 2019 mixtape of the same name, with each track slowed down to 60-70 BPM and edited so as to give them a weightless, dubbed-out vibe.

“We have done chopped & screwed versions in the past with other songs (‘Timezones’, ‘Friends Of Friends’) and they were really well received by the fans,” MANILA GREY explain. “It was only natural to re-release a slowed + reverb version of No Saints Loading, our highest streamed project to date.” 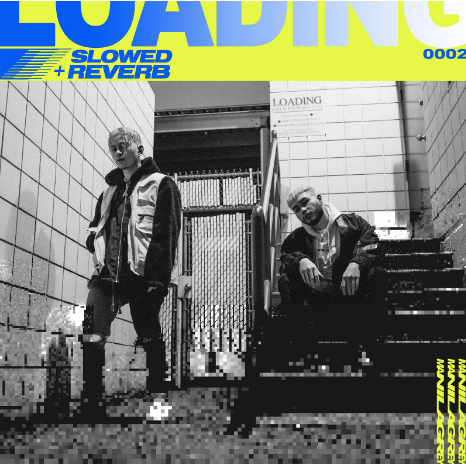 Garnering over 50 million streams across Spotify and YouTube, MANILA GREY are recognized as one of the leading lights from the new wave of hip-hop and R&B acts that have emerged from the Canadian west coast. The duo broke onto the scene with hits ‘Timezones’ and ‘Silver Skies’, building on their now signature high-speed night rider world. Since their inception, the duo have received support from the likes of music tastemakers Complex who named them as ‘2020 Ones To Watch’, Hypebeast, RESPECT Mag, Lyrical Lemonade and Hot 97.

Bringing a different type of energy to their lauded project, No Saints Loading (slowed + reverb) is essential listening for chopped & screwed fans.

To find out more about Manila Grey, go to: