MANILA, Philippines – Grunge-inspired local rock band Gin Rum and Truth, a staple in the forefront of Pinoy Rock and Roll, and makers of the song “Goddamn Man”, which topped Jam 88.3’s 2017 Year-End Countdown, released a timely song titled “Kalayaan” last June 12, 2020, Araw ng Kalayaan, and it will be a part of the band’s official album under Warner Music Philippines. Consisting of a handful of close friends, Gin Rum and Truth is made up of the intense Yok Tano on vocals, the enigmatic Snide on lead guitars, gearhead Alquin Eledana on rhythm guitars, laid-back Mey Reyes on bass, and the technical Inigo Mortel on drums. Noting the timeliness of freedom, Gin Rum and Truth seeked to deliver Kalayaan as, in line with the band’s portrayal of the song, ‘a journey towards a place free from limits, barriers, and fears – a place of promising times where we are free to be with the people we love’.

Let’s dive deeper and get to know what the band members themselves personally think of the song’s message.

What’s the song about and why is it important?

For Yok, Kalayaan is about bridging divides and better days, “There’s so much hate in the world nowadays, so much division. It’s frustrating, because you know deep inside, in your gut, that there’s really something wrong with the world, with us. Here’s hopin’; that someday soon there will be better days, and a better place where we are free from hate, judgement, and divisions.” 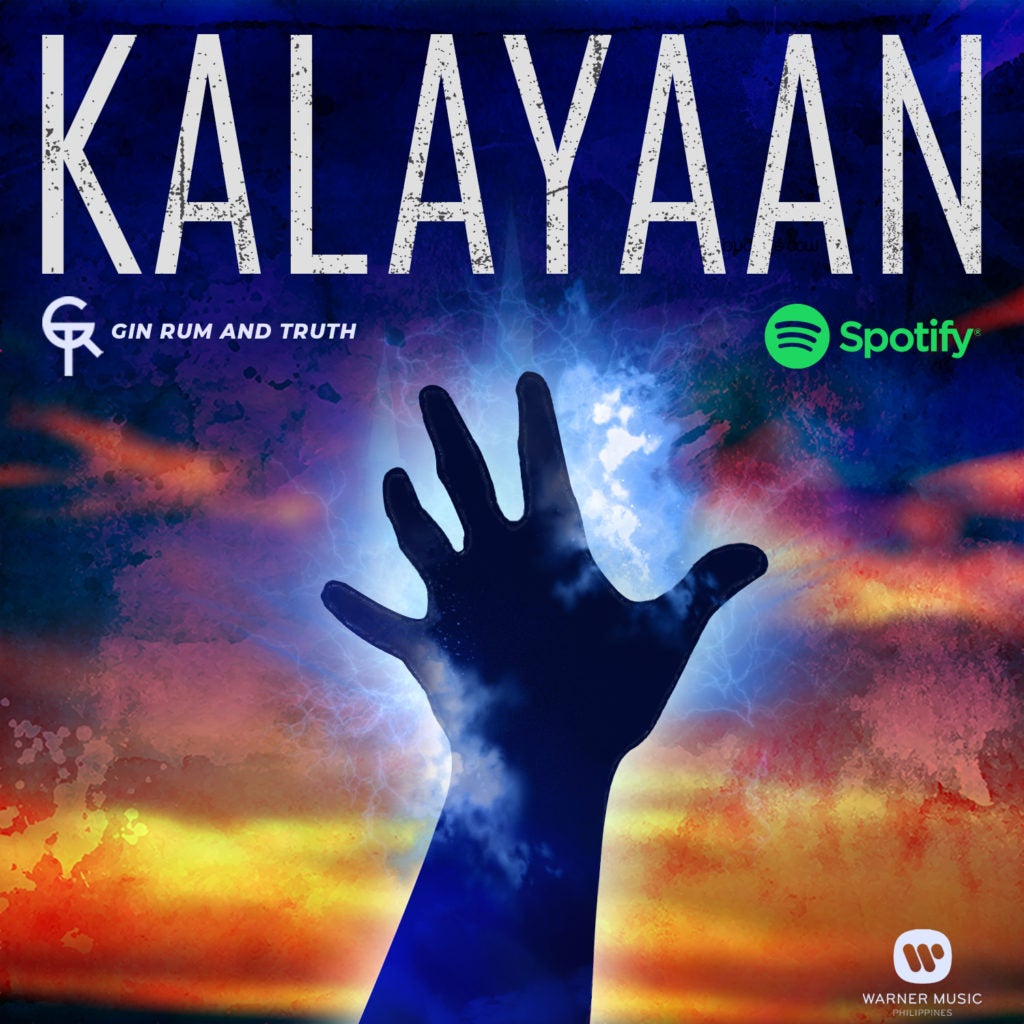 For drummer Inigo Mortel, the song is, “Bukod sa kalayaan, [it is a song about] frustration and hope. Ang tao kasi, nagkukunwari to an extent, kasi kailangan” He observes that individuals tend to compromise, in some way, to properly function in society or situations that they are constantly placed in, and Kalayaan voices the frustration behind the necessity to become a person who is very much unlike one’s self.

Yet, as with most things, this frustration is rooted deep within the self. When asked about the song’s importance Alquin puts it as, “Kailangan natin magtiwala sa sarili, kung wala kang tiwala sa sarili mo, who will believe in you?”.

How was the song formed?

“It’s an old school pinoy rock grunge ballad.” says Yok about the nature of and the sound of the song.

Going beyond simply asking the band for their opinions on something they themselves created, we came to ask some music-lovers and gig-goers on what they think of the song, and what makes the song unique for them.

As Kalayaan stands as the latest song on Gin Rum and Truth’s released arsenal, being one in the collection of songs the band is set to release in line with their album, it’s time to pick the brains of the band members to bring to light some details about the other songs.

What’s the most spontaneous song you’ve ever written?

“Laseng.” says Mey, an honest song about the experience of friends drinking.

Inigo and Snide give the title of most spontaneous song written to “Hungover.”, as the song was written, in the account of Inigo, “Tumutugtog ako, kumakanta si Yok. Buti na lang nakarecord, kasi pagkatapos nun kinailangan namin kapain kung ano ginawa namin, pati lyrics.”. Wherein the song itself was seemingly created out of the air, from the unknowing collaboration of different facets of music, and into a well-sounding song.

What song are you most proud of making?

All the band members indicated songs which will be released by the band quite soon. “Kill List, Voices.” says Alquin, while for Mey it’s “Hardin.”, and for Snide it’s “Gone Tired,”. For Inigo, it would have to be, “I Got The Flu. Ganda lang ng feeling niya.”, and for Yok it’s, “Kalayaan,”.

What other songs should we look out for from GRT?

“Lahat. May mga kanta din kami na may featured artists, watch out for that.” says Inigo. The band has a new album coming out, with Kalayaan being the second single to be released from that album, following Goddamn Man. Gin Rum and Truth also has songs coming out which would feature artists such as Tirso Ripoll from RAZORBACK, Pinoy Metal Queen: Trish Reyes, and other surprise guests.

With all that, Gin Rum and Truth is poised to make a great splash in the Pinoy Rock scene, with heavy-hitting songs to be released soon. Bringing with them rough and melodic guitar riffs, pounding drums, rhythmic basslines, and powerful vocals, Gin Rum and Truth stands firmly at the forefront of Filipino Rock music, with their songs proudly in hand.

You can listen to Kalayaan on Spotify here: https://tinyurl.com/GRTKalayaanSingle