For safety measures, officials imposed that any mass gatherings and events are prohibited due to the ongoing COVID-19 crisis. With this, the 36th annual WrestleMania show continued its event without a live audience –live-streaming it from the WWE Performance Center training facility in Orlando, United States.

Last April 5,  WrestleMania36 broadcasted nine full matches that include the “bizarre” fight between John Cena and “The Fiend” Bray Wyatt.

Before the battle began, the two wrestlers were “transported” to the Firefly Fun House where Cena saw weird puppets and creepy dollhouses. Cena then returned to the ring, expecting to see Wyatt but he was nowhere to be found. However, Wyatt’s provoked Cena with harsh criticisms. And when a  German-voiced puppet named Huskus the Pig Boy popped up beside the wrestler, this triggered Cena to attack the object. 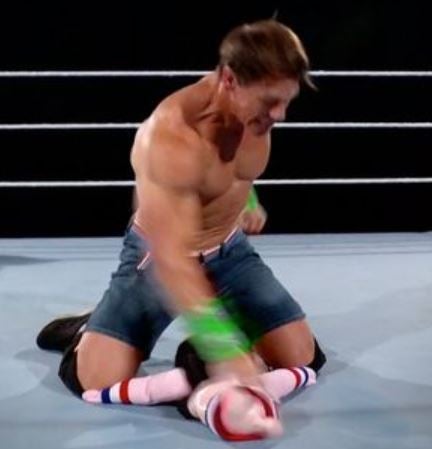 While Cena was busy punching the pig puppet, Wyatt appeared behind him, wearing a creepy fiend mask. This was Wyatt’s strategy to distract Cena and use his signature move–the mandible claw–to ultimately win the match.

Fans have been excited to watch how the Wyatt-Cena feud will end, but they didn’t expect that the 16-time World Champion will end up wrestling a puppet and losing the match.