Washington finished a Bachelor’s degree in social work with a 3.6 GPA, according to Alabama A&M University’s official Facebook page on Dec. 5. 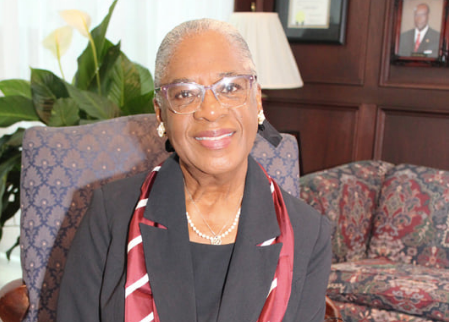 She joined over 400 students in receiving their degrees at the commencement exercises on Dec. 6. CBS-affiliate WHNT confirmed on Dec. 6 that Washington was the oldest graduating woman who crossed the stage in the university’s history.

Washington was born in Memphis, Tennessee, but grew up in Los Angeles, California. She and her husband met at a church and resided in a farm in Pixley, California, where they fostered 30 children.

Washington apparently stuttered a lot as a child, which took a blow on her confidence, according to the university’s post. She also told WHNT that apart from her stuttering, her two siblings hindered her from pursuing her education.

“Two of them always let me know that I was the dumb one, so I really grew up feeling I was really dumb,” Washington said in the report.

She eventually overcame her stuttering after taking speech classes at the College of the Sequoias, but by that time, she was already in her thirties, according to the university.

When Washington’s husband passed away, she moved with her daughter to Fultondale, Alabama, where she read about a satellite program that the Alabama A&M University offered. In 2013, she began taking courses in the university to see how she would fare

“I can’t even express that feeling to know that I’ve come this far,” Washington added. “In 2010 my mom died so that really put a damper on my studies, and then in 2011, my husband passed away and he was so supportive of everything I did. He would not have dinner until I came home.”

But it seems receiving her bachelor’s degree is just the beginning. Washington is now planning to pursue a master’s degree and to work in nursing homes to inspire other people.

“We cannot let what others say about us, be us,” she said in the report. “I really wanna inspire young people and adults who feel like their age has been a barrier.” JB