It’s common for fangirls and fanboys to collect memorabilia from their favorite celebrities and bands. Whether that’d be limited edition light sticks or exclusive merchandise, these like-minded individuals will support their idols by any means necessary. And among one of the most avid fanbases out there are Swifties.

Named after the family name of the famous American pop artist, this group of fans are known to be very loyal to Taylor Swift, even going so far as to defend the singer from her bashers. In this particular situation, UP Diliman graduate and certified Swiftie Katherine Joy Tolentino chose to focus her thesis on “Swiftie culture” in the Philippines. 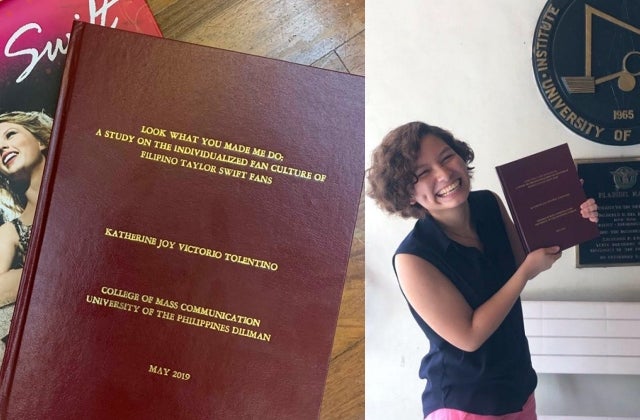 Entitled Look What You Made Me Do: A Study on the Individualized Fan Culture of Filipino Taylor Swift Fans, the Iskomunidad details that Tolentino’s study “reveals how the gap between foreign media and fans are bridged through the connection formed through media consumption” with a particular emphasis on Taylor Swift and the impact she’s made with her fan base.

Tolentino tells InqPOP! that she came up with this thesis topic through her own personal experience as a Swiftie.

“I decided to focus on the culture of Filipino Swifties primarily because of my own personal experience. I grew up as a child with several insecurities and upon meeting Taylor [Swift], I was able to embrace who I am and I never felt so alone. When I entered college and learned more about Audience Studies, it took me back to that moment and made me wonder how an artist so far away was able to create that impact in my life,” she explains. 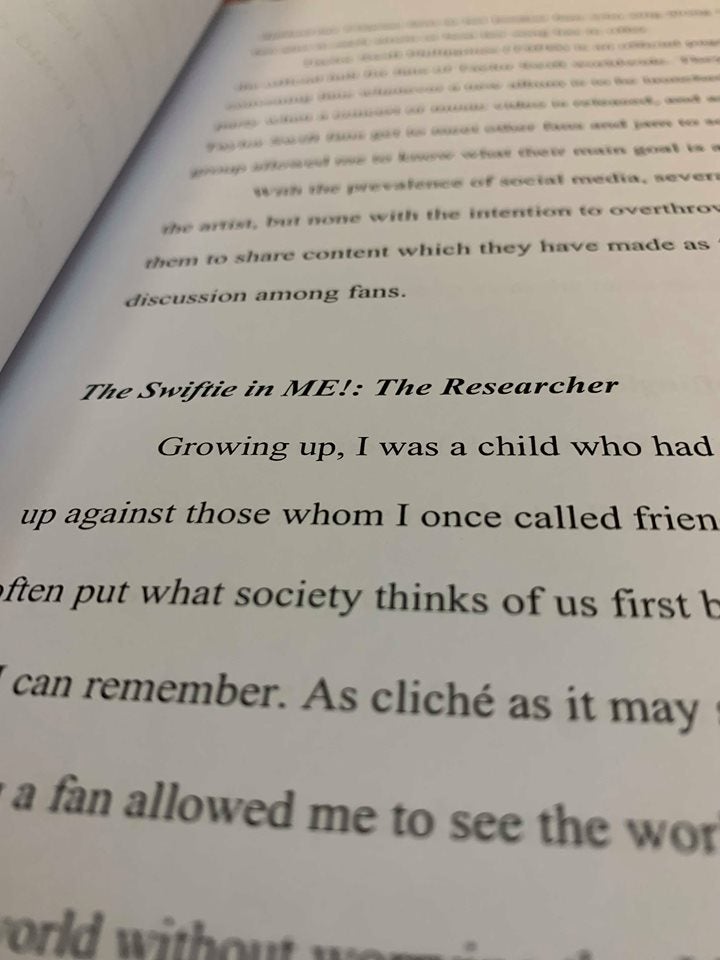 Using all of the lessons she learned in her Broadcast Communication degree, she created a study that focused on the local Swiftie culture. In her research, she discovered how significant the American artist’s presence is on Filipino fans.

“Based on my research, I have come to find that Taylor Swift’s music and media persona has allowed people to identify their niche, and purpose. Perhaps not their whole being, but at least a part of them that empowers them to try out different things,” Tolentino expounds. “Taylor has also enabled people to connect with each other or in other words, in the form of a fandom. The fandom in general provides for a safe space in which a Swiftie can express his or her self which generates feedback from fellow Swifties, boosting the courage on working on a certain skill, as well as self-esteem of the fan.”

The conclusion of her thesis finds that fan culture is not just a “passing phase” but an avenue for people to discover something new about themselves.

“We see that identifying with Taylor Swift and fan culture work hand-in-hand as we see that being a fan is not simply having another hobby to let time pass quickly, but rather the individual opening the windows to one’s self to let an external force create an impact,” she adds. 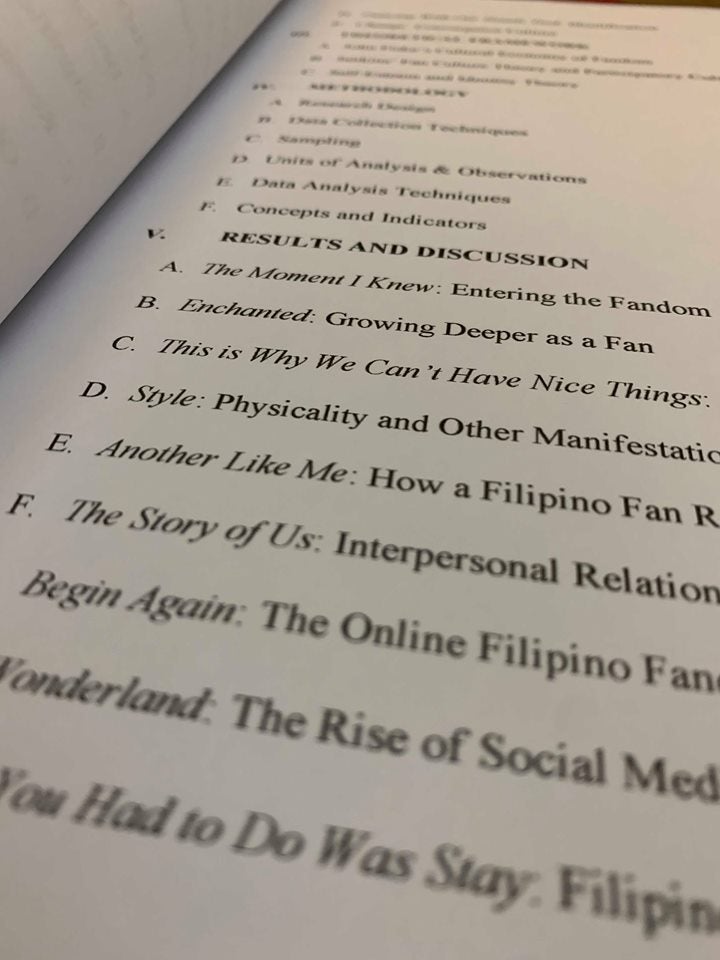 Although Tolentino has yet to meet Taylor Swift, she hopes that the singer and her fans will appreciate the research work she’s done. She further hopes that her work will inspire fans to be more vocal and confident in themselves.

“The reaction that I hope to receive from the Swifties is this warm welcome to have the assurance that I was able to give our story justice. Besides that, I hope that it will inspire them to unleash their voices in ways that it will empower them to speak up in order to break barriers set by society, and that it will open doors for them to pursue what they are passionate about–perhaps write further studies on fan culture, too? If we continue to build castles out of all the bricks thrown at us then I am sure that one day, we will be remembered.”

This truly is the highest form of admiration for a Swiftie and we hope Taylor herself will get to see and read the study.

Paolo Sandejas reminisces on what ifs in latest single ‘Sorry’