As well as listening to some of the Christmas classics like Elvis Presley’s “Blue Christmas” or David Bowie’s “Peace on Earth/Little Drummer Boy” duet with Bing Crosby over the holidays, you can also make your Christmas decor a tribute to rock ‘n’ roll by adorning your Christmas tree with tributes to the musical greats in the form of ornaments. 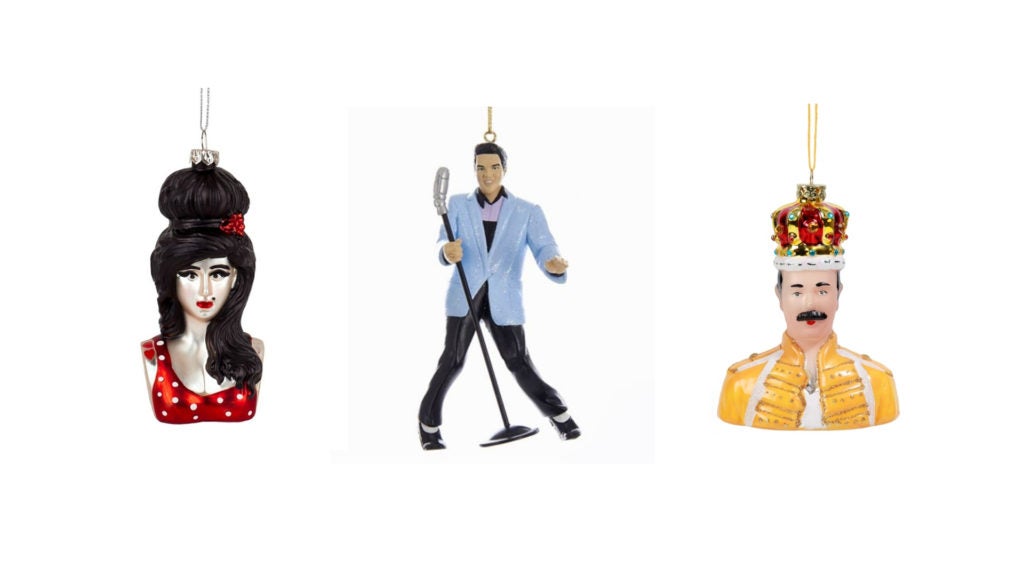 One of the first-ever rock stars, it wouldn’t be a rock ‘n’ roll tree without Elvis Presley. For the occasion, he will wear his most becoming sequined jacket and perform his legendary hip wiggle just for you. 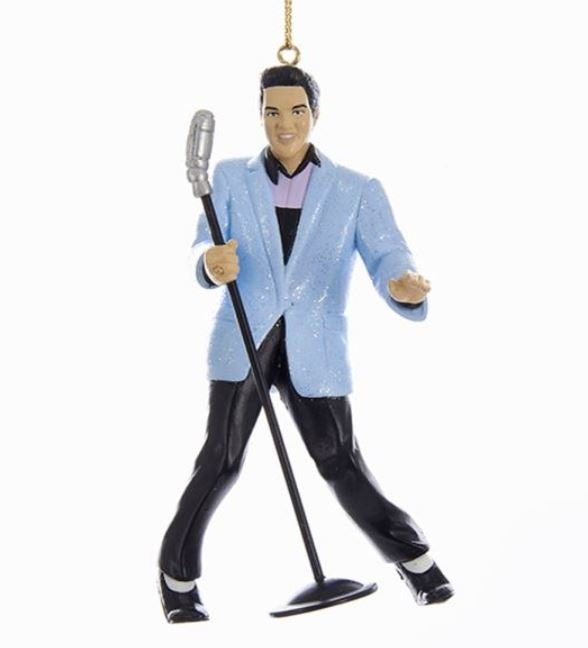 Queen of Country, the legendary Dolly Parton was recently in the news for the Netflix series “Heartstrings”, based on eight tracks by the musician. The artist may also be planning to launch a fashion and home decoration range. While you are waiting to do up your apartment with Dolly, you can still enliven your tree with a bust of the singer. 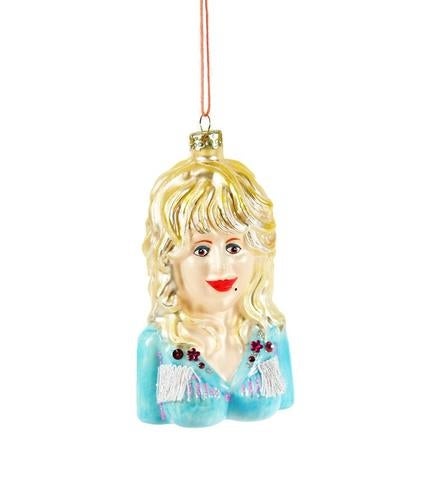 With his purple sequined collar and signature mustache, Prince will add a touch of royalty to your Christmas bash. 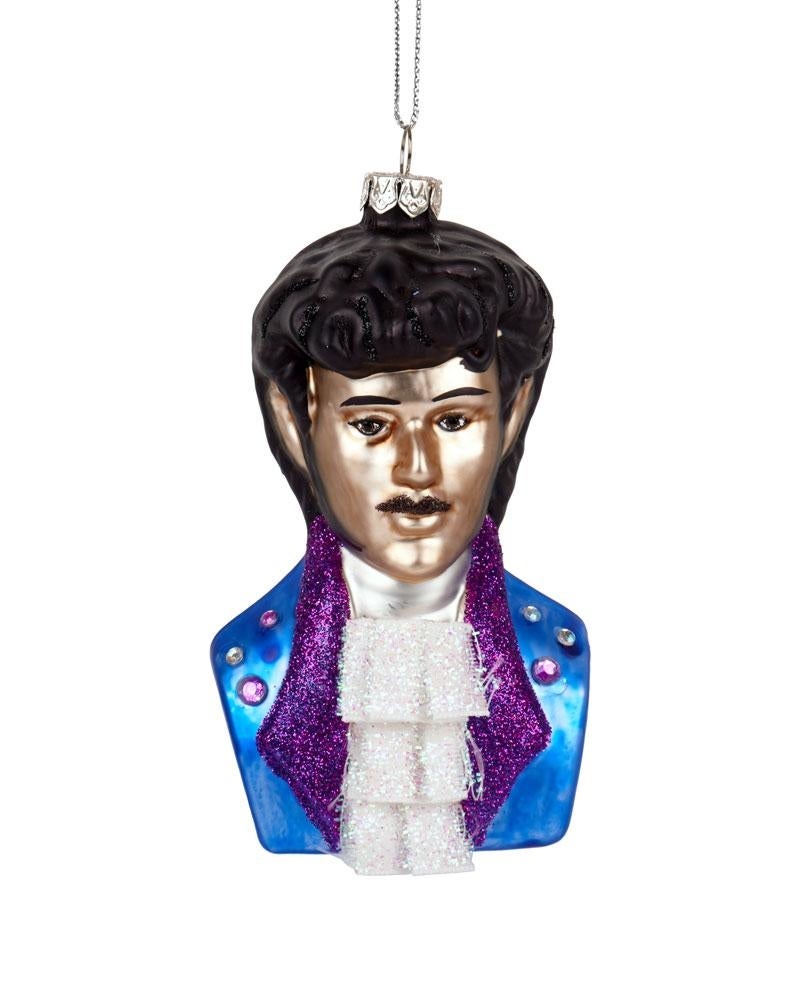 The greatly missed soul star Amy Winehouse would have celebrated her 36th birthday this year. Along with legions of fans in mourning, she also left behind a host of wonderful tracks and a look that was simply inimitable. 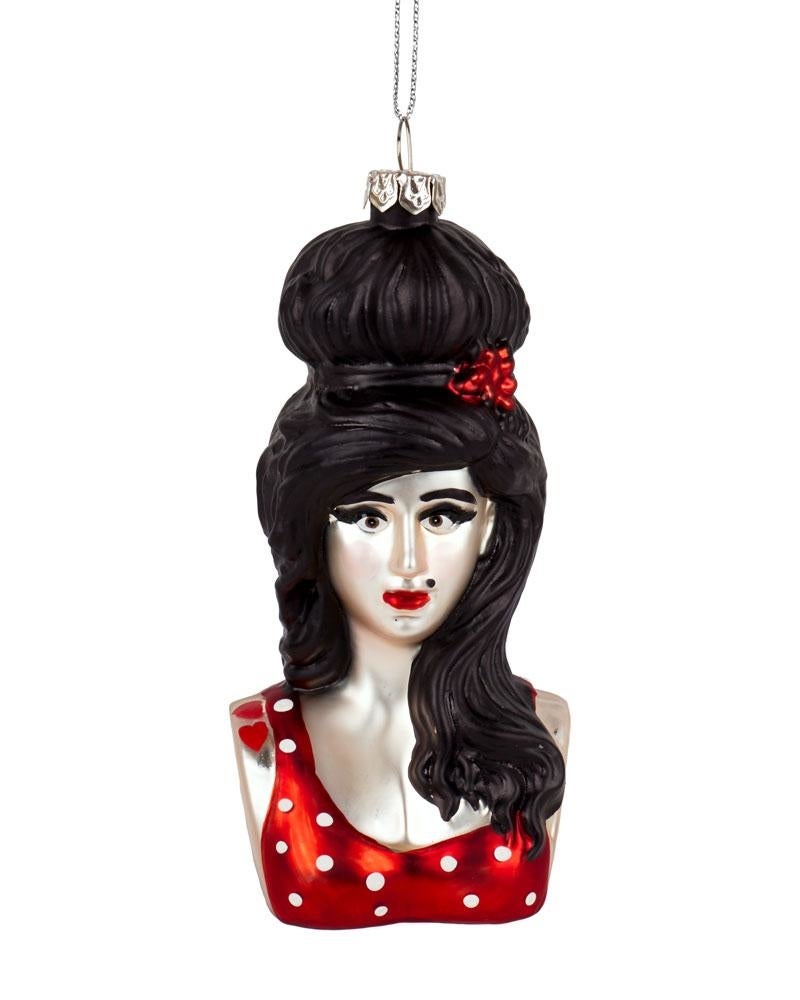 Here is the answer to all of your dreams and the perfect lead-in for a karaoke performance of “Bohemian Rhapsody” — your very own hand-painted Freddie Mercury, compete with his glittering crown. 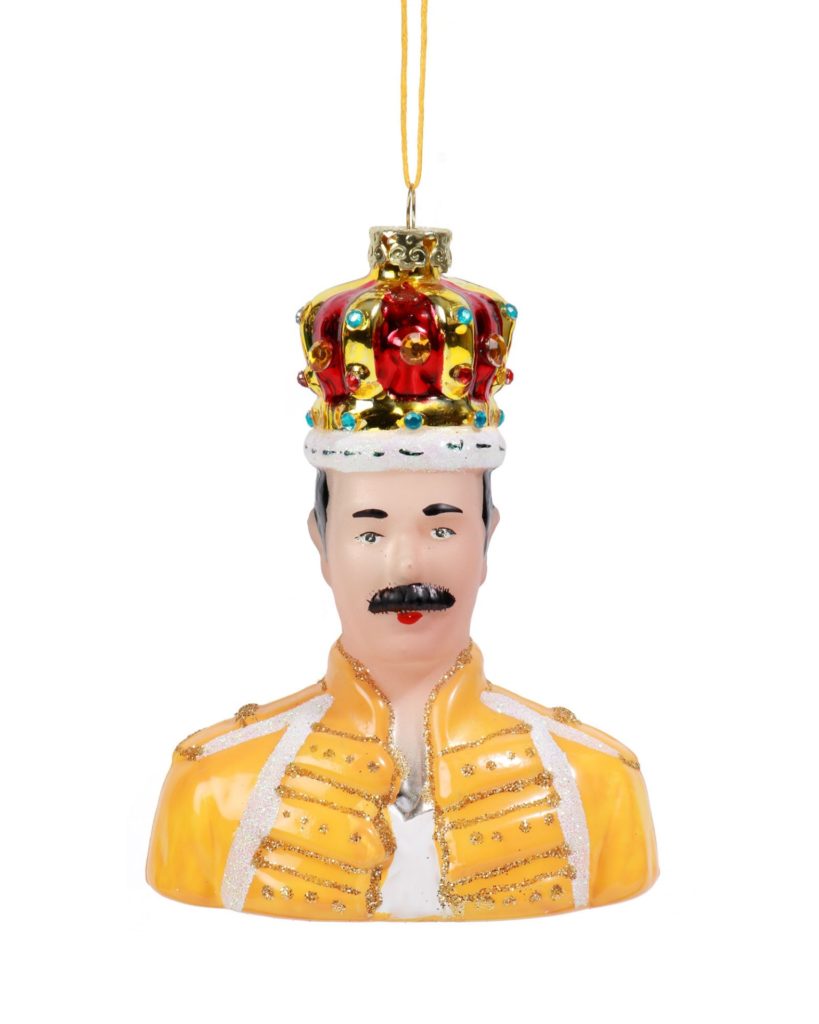 At the age of 69, David Bowie passed away just two days after the release of his last album “Blackstar.” 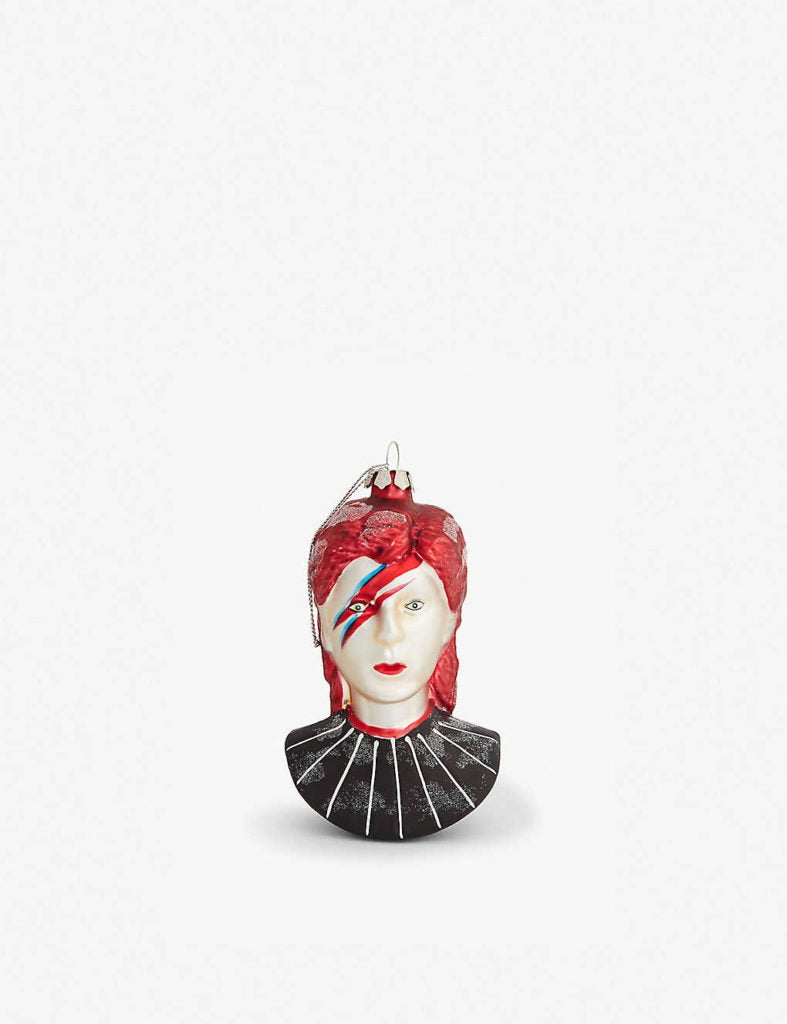 Among his many personas, we have chosen the one he invented for his sixth album, “Aladdin Sane”, with his famous red lightning bolt over one eye. CL/JB