Boy, 7, shaves head in support of friend with cancer

A 7-year-old boy shaved his head to support his schoolmate who has cancer because he “didn’t want him to be alone.”

He also spent some time in intensive care due to sepsis, a collapsed lung and an enlarged pancreas. Tommy-Lee’s numerous treatments later resulted in the loss of his hair. 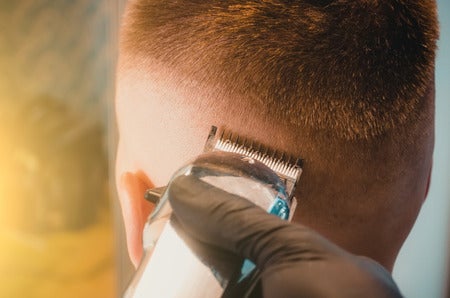 When Tommy-Lee started attending the Woolden Hill Primary School in the village of Anstey, one of his classmates, Olly Spencer, wanted to make sure he felt welcomed.

“After several days he came home from school and said, ‘I want to help people like Tommy-Lee, I don’t want him to be at school alone with no hair, I want to shave my head,’” Olly’s mother, Sally, told the newspaper.

“When Tommy-Lee had no hair, it made me feel sad and I didn’t want him to be alone,” Olly was quoted as saying.  “I wanted to help Tommy-Lee as he has cancer and I wanted the cancer to go away.”

Through shaving his head, Olly also helped raise funds for Macmillan Cancer Support, a charity that supports Tommy-Lee. As per report, Olly noted that he shaved his head so he and Tommy-Lee “could both be bald together.”

Olly raised 1,200 pounds ($1,550 or P79,000) for the said initiative, which also aids other sick children at the Leicester Royal Infirmary, as per report.

“We are all so proud of Olly,” Sally said, “not only for being brave enough at his age to carry out such a daring event but also supporting his friend in a way that only true friends can.”  /ra