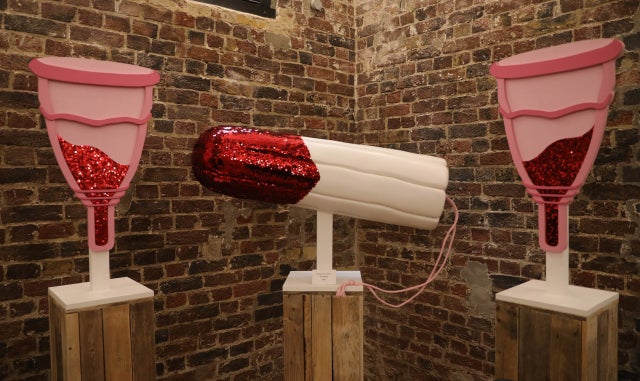 Reykjavik has its penis museum and from this weekend London will have a vagina museum — a place to tackle taboos and learn a little bit more about women’s bodies.

In the heart of Camden, a tourist center and hub of alternative culture in the north of the British capital, the sign for the “Vagina Museum” on an old barn door attracts a few curious glances.

Nestled between shops selling vintage clothes and souvenirs, it is the first permanent museum in the world dedicated to this part of the female anatomy.

“I found out there was a penis museum and no vagina equivalent, so I made it,” said founder Florence Schechter, a science communicator.

Far from being a cabinet of curiosities, the little museum intends to be instructive, with its first goal to expose myths around the vagina.

Some of the claims displayed and then debunked are that “if you use a tampon you are no longer a virgin”, “periods are dirty” and that “the clitoris is impossible to find”.

For Schechter, who has already organized three temporary exhibitions on the same theme, the goal is not just to educate and address women’s self-image but to improve public health.

A survey by a British campaign organization last year revealed that a quarter of women avoid smear tests for cervical cancer — half because they were uncomfortable with the procedure.

“People are literally dying of embarrassment because things like cervical cancer aren’t being picked up quick enough,” Schechter told AFP.

Another study by polling company YouGov earlier this year indicated that 52% of Britons could not identify the vagina on a diagram.

The same study also found almost half of women were unaware that they should not wash inside their vagina, to avoid a risk of infection.

A questionnaire at the start of the museum calls on visitors to test their knowledge.

One section is dedicated to hygiene, with commercial products sold as “virginity soaps” or creams claiming to tighten the vagina.

“These products are perpetuating the idea to people with vaginas that what they have is not good enough,” said museum curator Sarah Creed.

The museum attempts to normalize periods and make them things of beauty, such as with a sculpture of a tampon on which blood is replaced with glittering red sequins.

Less glamorous is the underwear stained with vaginal discharge, framed on the wall in an attempt to show what is normal.

“This is how much I feel about it. This is my bleached underwear, I put it in a frame to tell you this is fine. Sorry mum!” said Creed.

Ahead of the opening on Saturday, the museum held a number of events that organizers said drew a diverse crowd aged from two to 98.

Schechter said she expects to attract more visitors than she might have a few years ago, before the #MeToo movement put a new spotlight on women’s issues and discrimination.

Some local residents are worried about the license the museum has to sell alcohol, fearing drunken groups of young people attending.

But visitors hoping for something steamy risk being disappointed, as the museum is more educational than titillating.

They could, however, console themselves with the gift shop, which offers earrings in the shape of vulvas or postcards proclaiming “Viva La Vulva”. NVG

Sex ed museums: The cultural trip you need to try at least once 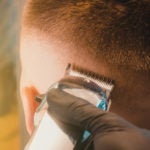 Boy, 7, shaves head in support of friend with cancer 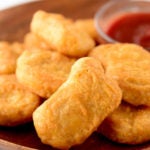