Wednesday Addams, Morticia’s and Gomez’s little storm cloud, is the teen queen of shock whose special skills includes lurking, nightcrawling, and tormenting her beloved younger brother, Pugsley. Now, Wednesday is about to face her most horrific challenge yet: middle school. 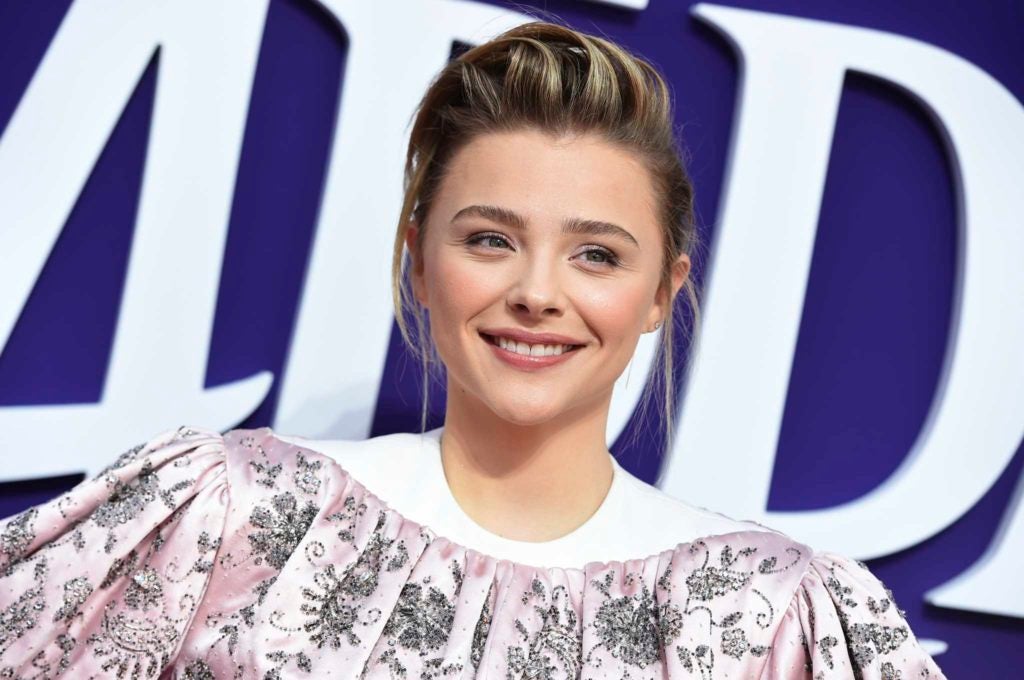 “Morticia and Wednesday have a great, complicated relationship in this film,” says co-star Charlize Theron who plays Morticia. “I don’t have teenagers yet, but I think we’re all kind of hyper aware of what it feels like to have a teenager in the house. I love the relationship between the two of them, because at the core, it’s a story about a mother just fearing that she’s losing her relationship with her daughter and Wednesday is growing up.”

For as macabre as she is, Wednesday is tortured — and not just by Pugsley’s daily attempts on her life. She’s on a fairly typical teen journey/rite of passage herself: pushing boundaries and buttons. 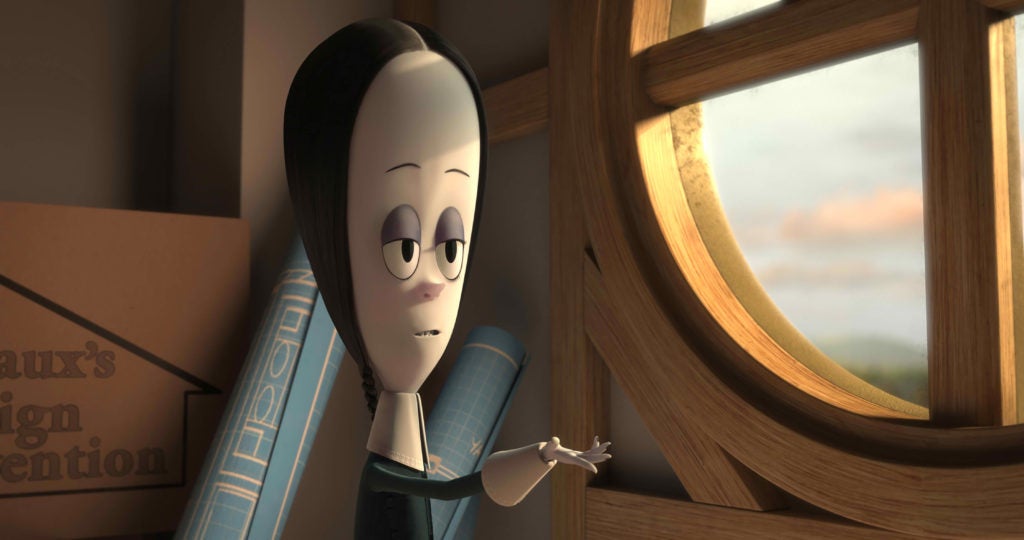 “She knows she’s a little bit strange and she likes being off-putting to people, and she finds it funny to watch people squirm. Which is fun to play,” says Moretz. “But deep down she’s just a teenager: she wants to make her mom mad and find her own sense of freedom. She feels really confined inside the house and she really wants to get out there.”

Theron is a fan. “I’m like a stalker when it comes to Chloë Moretz,” says Theron, laughing. “I’ve basically have tried to put her in every single film that I’ve either produced or acted in, and I’ve been fortunate enough to work with her a couple of times and she’s a good friend of mine. I’ve always felt motherly towards her, so it’s kind of perfect that we got to do this. 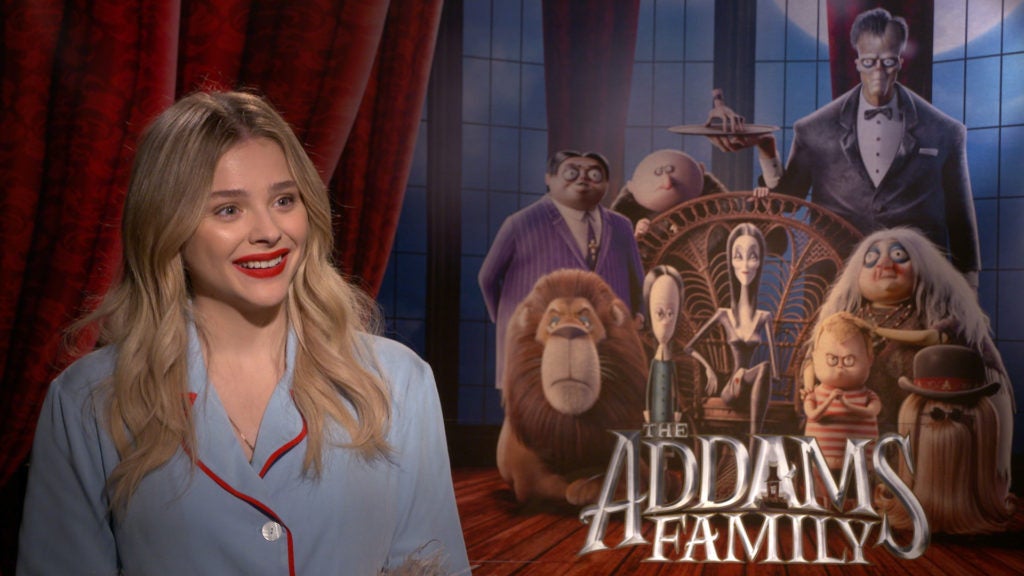 Moretz was only six-years old when Addams Family Values came out, but she vividly remembers watching it and was stoked to land the part of Wednesday and find her voice. Moretz is excited to bring this wholly original version of this crazy family to a younger generation. “I think kids will really enjoy their first taste of The Addams Family,” she says. “Because it is unlike any other story. And it’s incredibly authentic, raucous, and wild. It’s silly but it’s also got a lot of heart, because it ultimately is about supporting one another’s differences.”