Ralph Lauren has teamed up with Warner Bros. Consumer Products to celebrate the 25th anniversary of “Friends” by curating a “Wear to Work” collection based on the character of Rachel Green, reports Women’s Wear Daily.

Green, who was played by actress Jennifer Aniston, worked at Ralph Lauren in the show, and the designer made a cameo appearance in season six. 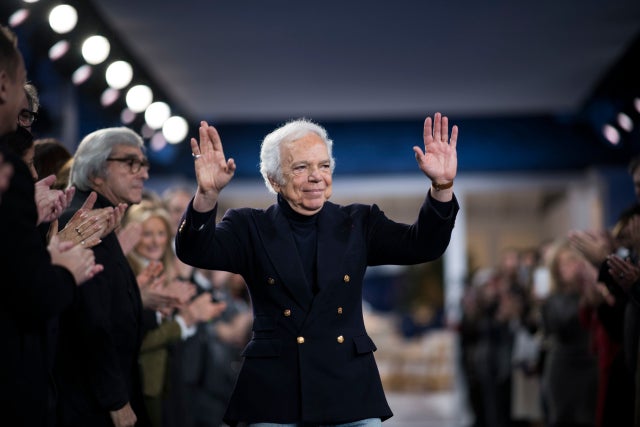 The collection — which will go on show at the retailer Bloomingdale’s 59th Street flagship in New York City, United States on Sept. 21 to 22 — spans office-friendly pieces from the Polo and Lauren Ralph Lauren collections, including skirts, jackets, wool suits and turtlenecks. The clothes will go on sale globally on Sept. 18.

Bloomingdale’s is also celebrating the show’s anniversary by launching a replica of Central Perk, the famous cafe from the show, in its Studio 59 space, as well as a replica of Green’s office. The installations opened in New York City last Wednesday, Sept. 18 and will be there until Friday, Sept. 27, before traveling to Bloomingdale’s locations in other U.S. cities.

Ralph Lauren is the latest in a string of fashion brands to launch a TV-inspired collection. The sportswear brand Nike unveiled a two-part capsule collection in June and July inspired by the show “Stranger Things”, while the British heritage fashion brand Kent & Curwen teamed up with the makers of “Peaky Blinders” on a fashion series that made its debut back in January. RGA/JB

‘Friends’ gets Google search tribute for its 25th anniversary