Follow us:
The 'Friends'-theme Lego set will be available September 1. Image: LEGO® 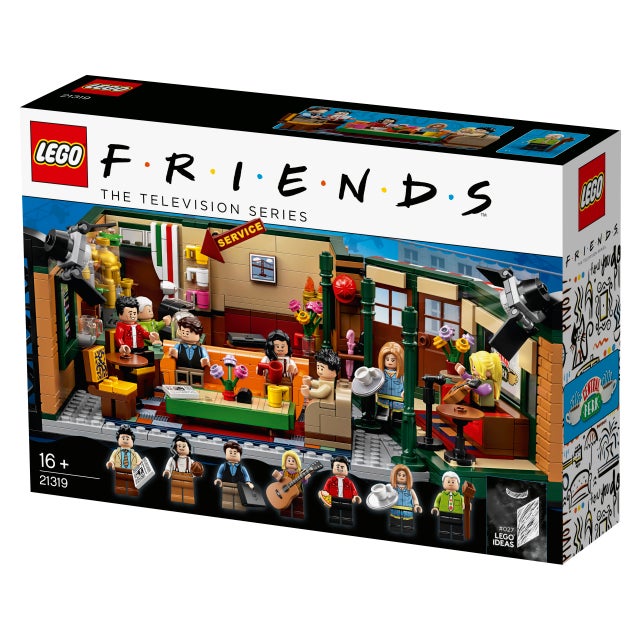 The “Friends”-theme Lego set will be available September 1. Image: LEGO®

Among the celebrations planned to mark “Friends” hitting the quarter-century mark in September, Lego will be releasing a special set featuring New York’s most famous besties. The kit, with 1,070 bricks, will be available for purchase on September 1 at a cost of $59.99 (P3,100).

While “Friends” has been off the air for a decade and a half, the chances that an episode is currently on a TV set somewhere in the world are close to 100%. As a testament to the ongoing popularity of the ultimate Gen-X comedy, a number of events are planned for its 25th anniversary, coming in September.

AFOLs (that’s Adult Fans of Lego) who are also vicarious Central Perk regulars will be able to combine their passions with a Lego set reproducing the famous fictional café, complete with figurines of Chandler, Monica, Joey, Ross, Rachel and Phoebe—with a cameo from manager Gunther.

Could we BE any more excited to build Central Perk?! ☕️ #Friends25 https://t.co/ID4dAfG8TZ pic.twitter.com/MQDHFnym4V

Fans of the legendary sitcom will no doubt recognize Rachel Green with her ever-present tray, Monica Geller and her chocolate cake, Phoebe Buffay and her guitar, Joey Tribbiani and his pizza slice, Ross Geller reading the paper, and Chandler Bing with his attaché case.

And with so much of the series happening on the couch of Central Perk, recreating cult scenes in brick form is set to become their new hobby. The set’s creators even included Rachel-infatuated café manager Gunther—with his trusty broom. “Friends” debuted on NBC on September 22, 1994, and has been in syndication ever since its finale on May 2004, following its wildly successful ten-season run. It launched the careers of now A-listers Jennifer Aniston, Courteney Cox, Lisa Kudrow, Matt LeBlanc, Matthew Perry and David Schwimmer. NVG