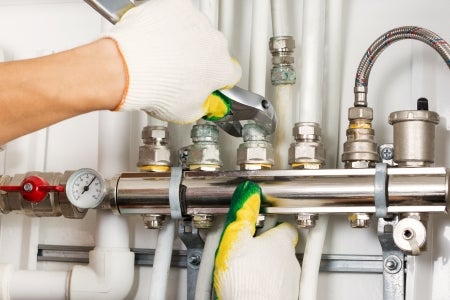 A plumber from Lancashire, England, has inspired people for offering free services to the elderly and people with disabilities.

James Anderson of Burnley went viral after a photo of his bill for £0 to a 91-year-old woman with leukemia was shared online, as per the PA news agency via The Irish Independent on Sept. 16.

“No charge for this lady under any circumstances,” the receipt read. “We will be available 24 hours to help her and keep her as comfortable as possible.”

Anderson apparently closed down his private plumbing firm to open the non-profit company Depher after witnessing an elderly man being treated poorly by another engineer, as per the report. Anderson has turned to crowdfunding and donations to keep his non-profit company going, but the switch has earned him some £8,000 (around $9,900 or P521,000) in debt.

“A lot of people close to me ask, ‘Why are you getting yourself into debt? Why are you doing this?’” Anderson was quoted as saying. “To me, debt is debt… I would rather owe some money to somebody and another be alive and happy and safe. It’s an ethos that’s in my heart and it will always stay there.”

“I’ve spoken to quite a few engineers around the country and they’re all for it… it’s just getting the funding,” Anderson said. “I don’t want any person who is elderly and disabled in this country, in this day and age, to die or suffer because of a cold home or a lack of funding to repair the boiler. It shouldn’t be happening – that number should be down to zero. Simple as that.”  Cody Cepeda /ra