As they make their return to the Philippines, JB, Mark, Jackson, Jinyoung, Youngjae, BamBam and Yugyeom have only one goal in mind—to satisfy the hearts of all Filipino IGOT7s (the GOT7 fandom name, also AhGaSes) on their hotly-anticipated tour, GOT7 2019 WORLD TOUR ‘KEEP SPINNING’ in Manila. Happening on October 26, 2019, Saturday, at the Mall of Asia Arena, this show is proudly brought to you by PULP Live World. 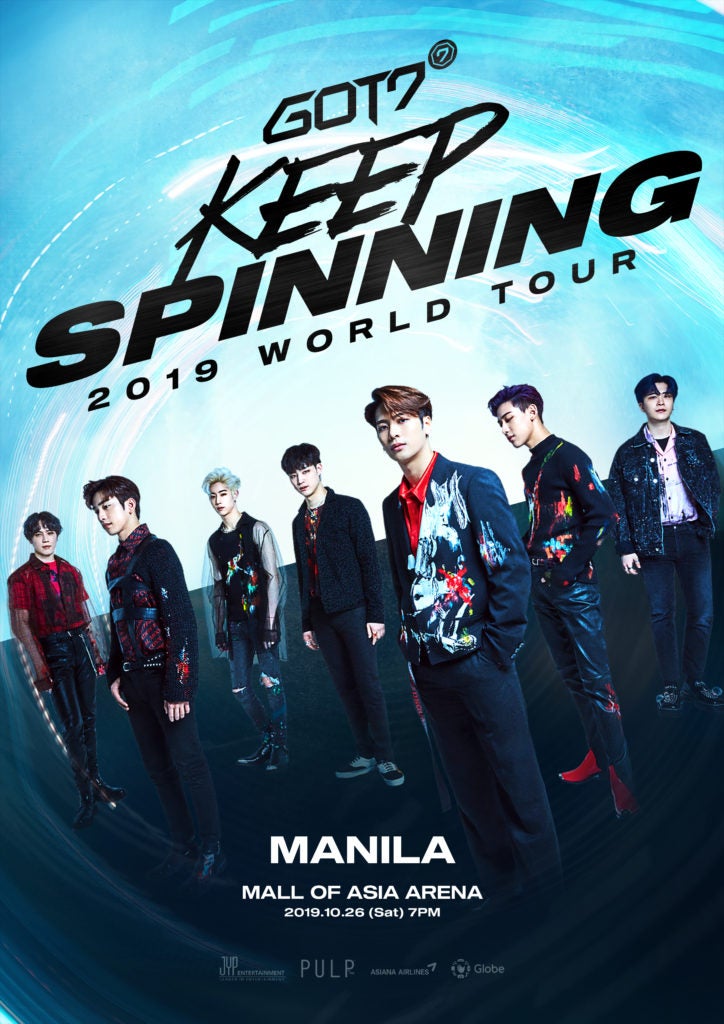 2014 was a year that started with a bang for GOT7, having been launched then in January. They released their first EP, Got It?, which topped Billboard’s World Albums Chart and reached the Number 2 spot on the Gaon Album Chart. They were described as a hip-hop styled group, but later on, they emerged to showcase a variety of genres as they continuously and fearlessly explored different concepts. Just few months after their debut EP was released, it was followed by a brighter and more
vibrant second EP, Got Love, which carries the track “A.”

There were no pauses for GOT7’s career. Their two EPs were swiftly followed by the release of their first full-length, Identify. It topped the Gaon Album Charts during its first week, with its lead single “Stop Stop It!” also peaking at the fourth spot of the Billboard World Digital Songs Chart. They also conquered Japan with the release of their album, Love Train, later on coming back to South Korea to launch their massive hit “Just Right,” which now has over 200 million of views on Youtube. GOT7’s potential was immediately praised by award-giving bodies. In 2015, the group earned the New Artist Award at the 29th Golden Disc Awards and the 26th Seoul Music Awards. They were also named Rookie Artist of the Year.

Their hard work and talent continued to shine through and GOT7 indeed became known as a worldwide phenomenon, with their songs climbing notable music charts in South Korea and beyond. The global stage were theirs for the taking and people need not look far from their succeeding albums, like the Flight Log trilogy and Eyes On You, to recognize their growing prominence. 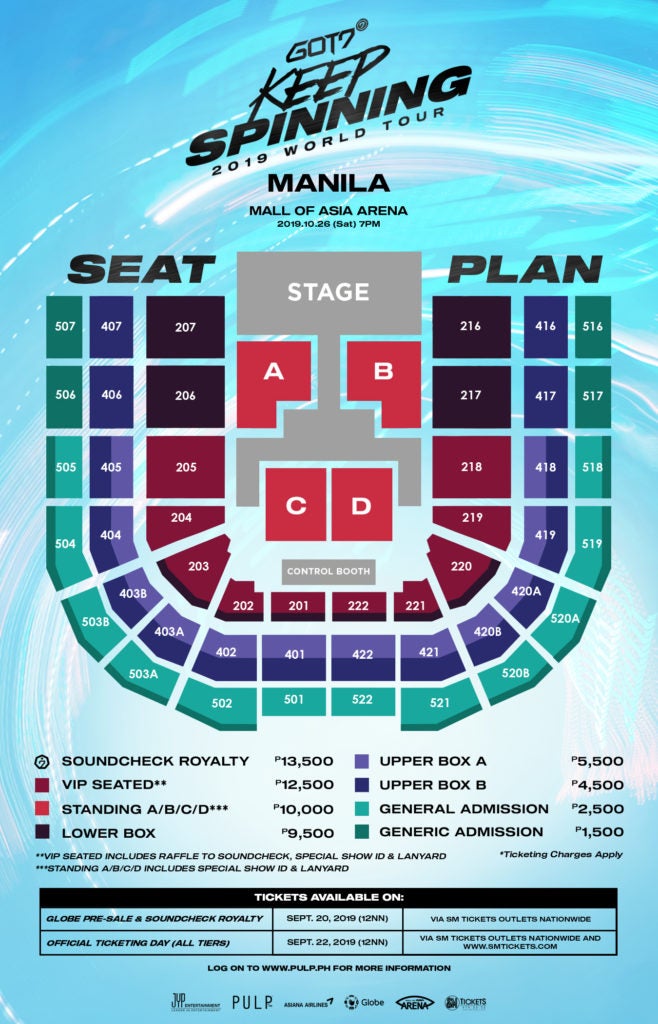 In 2018, GOT7 became the first KPop group to perform in the renowned Barclays Center Arena in Brooklyn, NYC and sell out its 19,000 seats. They have also performed in the highly-rated show Good Day New York and successfully cultivated a fan-base in the western market. To further reach out to their fans around the world, the group came out with “Lullaby,” a song written in four different languages. Just recently, they were also nominated for the Top Social Artist Award at the 2019 Billboard Music Awards.

Even with all these triumphs, GOT7 still remain connected to their fans as they strive to make music that has substance—music that’s personally conceptualized by each member. Nothing can stop their flight to success as they go on honing their craft, which they dedicate to all IGOT7s. Bringing their swag and mighty performances back to the Philippines, GOT7 will surely keep every

Filipino IGOT7 thrilled! Brace yourselves for this explosive night brought to you by JYP Entertainment and PULP Live World. GOT7 2019 WORLD TOUR ‘KEEP SPINNING’ in Manila happens on October 26, 2019, Saturday at the Mall of Asia Arena. The show promptly starts at 7PM. Official Ticketing starts on September 22, 2019, Sunday starting 12NN at all SM Tickets outlets nationwide or online at www.smtickets.com. For Royalty Packages, priority ticket purchase will be on September 20, 2019, Friday at 12NN.