IN PHOTOS: Fans headbang to After the Burial’s songs during their Manila tour

Fans endured the stormy weather just to see the Minnesota-based metal band perform live on stage. After The Burial made a memorable event for fans of metal and deathcore in Manila. Filling the Skydome with so much energy, metalheads headbanged to the band’s songs from their latest album, Evergreen which celebrated their 10th-anniversary last year.

The vocalist, Anthony Notarmaso said that they never imagined reaching this so far. For them, it was a surreal event that it’s far from their home. The band gave a special performance from their album including “Exist, Exist”, “Behold The Crown”, and more. Apart from that, they even performed “Aspiration” and “Your Troubles Will Cease and Fortune Will Smile Upon You.” As the show came to an end, the fans couldn’t help but scream, “We want more! We want more!.”

They also had a performance of a song “Laurentian Ghosts” from their album “Dig Deep”, which meant so much to Notarmaso (vocals). After the show, the band would love to come back and see the Slameros again.

After the Burial: Live in Manila was presented by PULP LIVE WORLD. 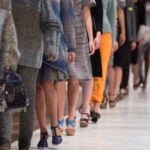 5 things to know about the upcoming Fashion Weeks

Stephen King gets more actively involved in ‘IT Chapter Two’