Follow us:
Aerialists Nik Wallenda, (top) steps over his sister Lijana as they walk on a high wire above Times Square in New York. Image: AP/Jason Szenes

Two siblings from the famed Flying Wallendas safely crossed Times Square on a high wire strung between two skyscrapers 25 stories above the pavement.

Nik Wallenda is a seventh-generation acrobat, but this time, he said he was nervous. His sister, Lijana Wallenda, joined him Sunday night for the first time since her near-fatal accident in 2017 when she broke nearly every bone in her face. 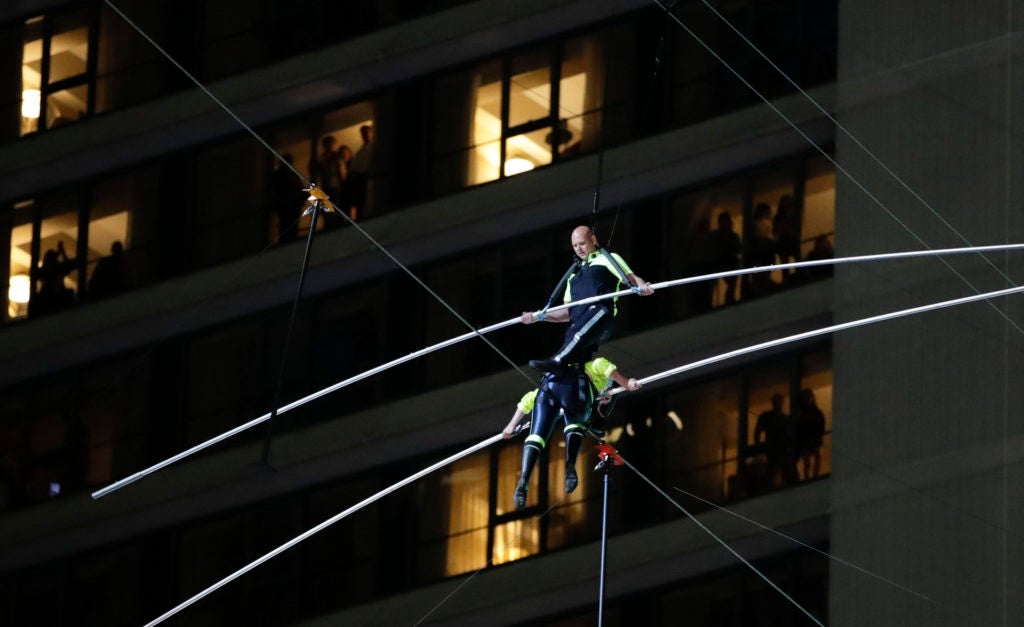 Aerialists Nik Wallenda, (top) steps over his sister Lijana (below) as they walk on a high wire above Times Square in New York. Image: AP/Jason Szenes

The siblings walked from opposite ends of the 1,300-foot wire (396-meter) suspended between the towers, crossing each other in the middle, where Lijana Wallenda sat on the wire and let her brother step over her. Both then continued to the opposite side.

Their latest daredevil stunt was streamed live on ABC and watched by thousands of spectators from below. The two were wearing tethered safety harnesses required by the city in case they fell.

The Wallenda family has been a star tightrope-walking troupe for generations, tracing their roots to 1780 in Austria-Hungary, when their ancestors traveled as a band of acrobats, aerialists, jugglers, animal trainers, and trapeze artists. They never use nets in live shows or in rehearsals. 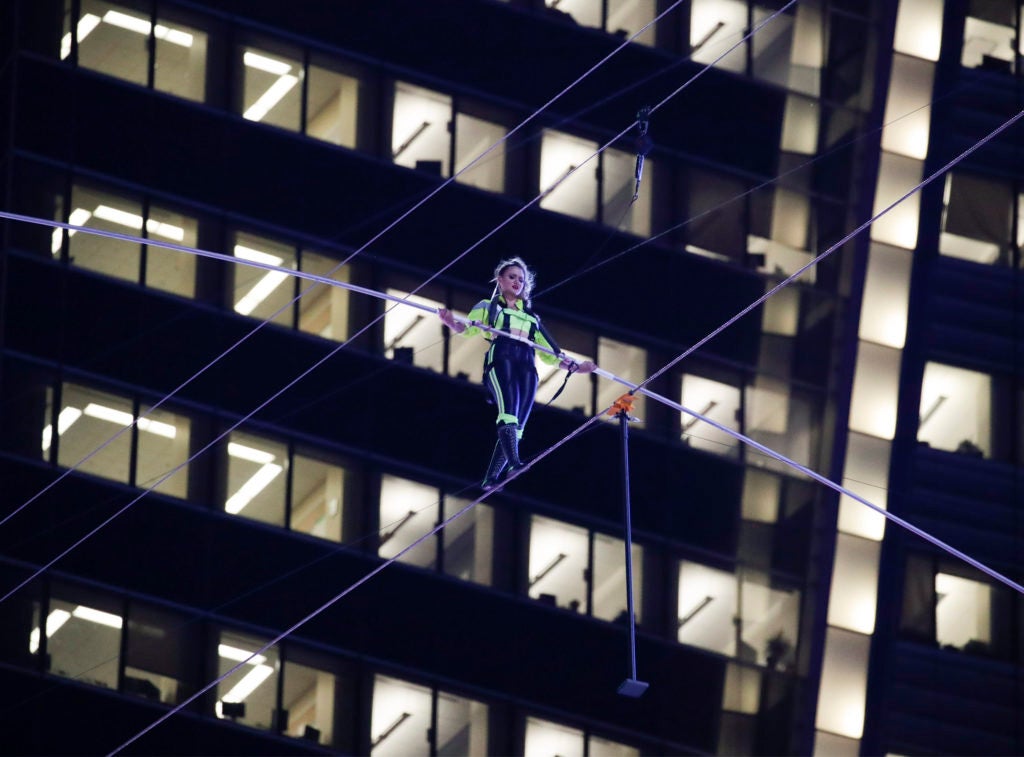 In 1978, 73-year-old Karl Wallenda fell to his death from a high wire strung between two buildings in Puerto Rico. In 1962, Karl Wallenda’s nephew and son-in-law died, and his son was paralyzed after a seven-person pyramid collapsed during a performance. Lijana Wallenda’s fall happened during an attempt to break a Guinness world record with an eight-person pyramid.