InqPOP! Exclusive: ‘Trinkets’ cast shares what to expect from this Netflix’s upcoming show

The teenage phase is probably the most exciting yet challenging period in a person’s life. This is the time when teenagers go through a significant transition where they usually discover the pain of falling in love, getting left behind and trying to find aspects of themselves in this cruel, judgmental society.

And surely, we all know how difficult it is to deal with an identity crisis, especially if you don’t trust anyone with your most deep-seated fears and issues. That is why this intense exploration of finding happiness and developing self-individuality is pretty much one of the reasons why we should be excited about Netflix’s newest coming-of-age series, “Trinkets.”

Based on the young adult novel by Kirsten “Kiwi” Smith, the story revolves around the lives of these three teenage girls who unexpectedly formed a friendship after finding themselves in the same Shoplifters Anonymous group. Starring Brianna Hildebrand as Elodie (Deadpool), Kiana Madeira as Moe (The Flash), and Quintessa Swindell as Tabitha—these young girls will all rely on each other for strength as they try to confront the brutal truths about family, friends, and love.

Since the show is scheduled to be released on June 14, 2019, InqPOP! was given this huge chance to interview Hildebrand, Madeira, and Swindell about their roles, their experiences working together and of course, their message to teenagers who can’t seem to find the light at the end of the tunnel.

Here are the things that we can all expect from the upcoming series:

In the show, you’ll see how these three young girls represent the many faces of high school students. Elodie is the grieving misfit, Moe is the mysterious outsider, and Tabitha is the imperfect picture of perfection. Speaking to InqPOP!, the three female leads shared what had convinced them to take on their roles.

For Hildebrand, playing Elodie is like a breath of fresh air, “I really wanted to play Elodie and it’s mostly because I have never had a chance to play a character like her. I play a lot of really like severe kind of apathetic type of characters. I just wanted to play a character that is a bit endearing in a way that she feels completely out of control in every sense,” the 22-year-old American actress explained.

Madeira, on the other hand, said that it’s the mystery of the show that really made her decide to play Moe.

“I really wanted to be part of “Trinkets” and play Moe because there’s something very mysterious about her. And also as Brianna said, I haven’t played a character like her before. When we auditioned for the project, we only got to see the first episode so there’s always a mystery to the show and I didn’t know where the story is going. I really want to know more so that’s the huge reason why I wanted to be a part of it.”

As a non-binary person, Swindell can totally relate to Tabitha’s daily struggle of trying to break free from people’s expectations.

We are obsessed with being popular and cool—whether it’s in school or at work. However, life, in general, is not always rainbows and butterflies. And for Hildebrand, Madeira, and Swindell, “Trinkets” speaks not just to teens who are yearning to fit in, but also to everyone who feels stuck in what seems to be a vicious cycle.

Hildebrand shared that the core message of the show is about making friends and learning to trust in one another and have that trust reciprocated, “I think that the show really speaks a lot to finding more tribe or finding more people which I think is super relevant today in high school.”

For Swindell, the major theme of the show is about finding acceptance not only in yourself but in any situation. “Accepting the things you can’t change, trying to be strong in yourself, and finding a community for that.”

Meanwhile, Madeira believed that the show stresses about being more than just one thing.

“I think it is important to allow yourself to be in more than one thing. Surround yourself with people who will support you and understand you,” she explained.

For the past few decades, we have seen a myriad of teen dramas that usually tackles friendship, love, and family. And in this exclusive interview with the cast, we asked how the show is actually different from the usual coming-of-age series.

Swindell mentioned that it’s different in a lot of ways, “The show is quite diverse, as well. And it doesn’t do diversity in a way that is forced or understated in any way. It just seems naturally realistic like there all different types of people of gender, of identity, of sexuality and it portrays the things in a typical way, but in very natural, very honest.”

Moreover, the show talks about topics that we don’t really discuss at a dinner table.

As for Madeira, women empowerment is what sets “Trinkets” apart from other teen dramas out there.

“I also think that what sets Trinkets different is the fact that there are three female leads and I really think that the female empowerment that is depicted in the show is something we haven’t really seen in a coming-of-age story,” she added.

If given a chance to talk with teenagers, the stars had a message to young people who are currently dealing with the same issues. Madeira encouraged teens to look for people who will add value to their lives.

Although the journey to self-acceptance can be a tough row to hoe, Swindell reminded teens to embrace differences. “It’s so important to embrace who you are and even if you are different from every person around you, at the end of the day, being yourself is what will get back satisfaction. I highly suggest people to speak for everything.”

Lastly, Hildebrand advised teens that things will surely get better. They shouldn’t be scared of reaching out to people, especially if they badly need help.

“Find a tribe and it can get better,” she said. 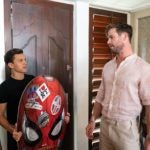 WATCH: Franchise crossover between Hemsworth and Holland in this hilarious interview 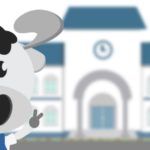