After a remarkable 12-season, 279-episode run, The Big Bang Theory is finally coming to an end. We know, it’s emotional. The show will sign off as the longest-running multi-camera series in television history with a one-hour series finale on Friday, May 17, at 7:45pm – only on Warner TV.

The show has given us countless laughs for more than a decade. Sheldon, Leonard, Raj, Howard, and our favorite leading ladies – Penny, Amy and Bernadette – have always been the ultimate #squadgoals even before the word became popular. Not only has the show given us a good laugh, but it’s also given us loads of life lessons to remember. 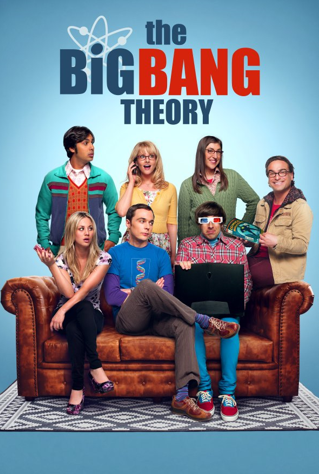 Before the beginning of the end, a #BigBangThrowback of unforgettable lessons that made us love the show is definitely in order:

1. Speak your mind
Sheldon’s “honesty” may come sometimes across as offensive, but being straightforward definitely saves time – especially when it comes to relationships.

2. Being smart is in
The nerdy debates over subatomic particles and equations made science appealing to the younger generations. Smart is the new sexy, right? Ask Penny, Bernadette and Amy!

3. True friends awkward dance with you
Whether it’s off-key singing or awkward dancing, they’ll join and celebrate with you and your accomplishments.

4. Nobody’s perfect
If Sheldon Copper can admit that he was wrong, then you’ve got no excuse not to be humble.

5. You can be who you want to be
Just ask Sheldon. Bazinga!

7. You are never too old for anything
Adulting is hard and making decisions is even harder. But when life gets too stressful, take a step back and do what your inner child tells you — swim in a pit of colorful balls and play rock-paper-scissors-lizard-spock!

9. Get out of your comfort zone
You never know what you might discover about yourself when you try new things.

Even if you’re not a cat person, the thought of a soft, warm, little ball of fur is surprisingly calming.

The countdown to the last episode has officially begun. Watch the episode promo here and don’t miss the hour-long series finale of The Big Bang Theory on Warner TV (Cignal Ch. 235 and SkyCable Ch. 34) on May 17, 7:45pm.

The double-episode finale will be followed by the Season 2 finale of Young Sheldon.