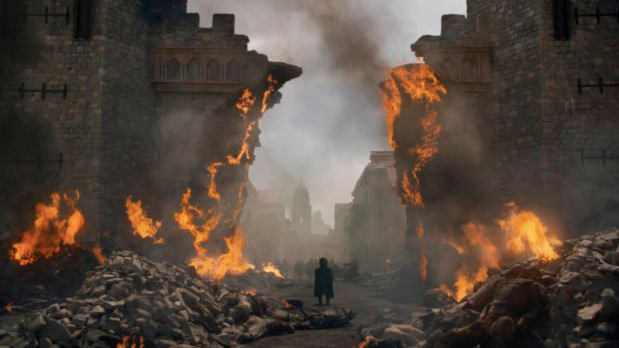 WASHINGTON, United States — Scorched by a dragon, overrun by enemy soldiers and its buildings reduced to rubble, King’s Landing, the capital city in “Game of Thrones”, seems destroyed for good.

But history suggests that the city could rise again.

Despite the horrifying death and destruction, with enough time, King’s Landing could even reclaim its glory as the wealthy hub of Westeros.

It is hard to imagine a bright future when a city is in flames and ash is falling like snow. But that is been the historical pattern. Cities typically grow in places where it makes sense for large numbers of people to congregate — near a river or in a valley — and even harsh wartime attacks do not change that.

That has helped cities — like Dresden, Germany after its World War II firebombing, and San Francisco after its 1906 earthquake — to bounce back.

In the AP’s weekly “Wealth of Westeros” series, we are delving into the latest plot twists and analyzing the economic and business forces driving the last season of “Game of Thrones”. This week, the devastation wrought by Daenerys made us wonder how other cities that have suffered widespread destruction have fared.

Most have rebounded, though it can take years for a full recovery.

Plenty have actually suffered worse fates than King’s Landing, where the dragon attack appeared to end after a few hours of hellish suffering. Following the massive earthquake that struck San Francisco in 1906, fires burned for four days. And the controversial firebombing of Dresden occurred over three days.

In San Francisco, the earthquake and fires killed roughly 3,000 people. More than half the city’s population of 400,000 was left homeless. Some city residents still lived in tent cities two years later. Eighty percent of the city was destroyed, with property damage reaching $11.2 billion in today’s dollars.

But rebuilding was largely complete less than a decade later, when the city hosted the 1915 World’s Fair. San Francisco is now the 6th largest metro area economy in the United States with the second-most expensive housing market (after nearby San Jose).

Yet the disaster still had long-term economic consequences. According to a study published last month, population growth remained lower in the areas hardest-hit by the earthquake, compared with nearby places that were not as affected, well into the late 20th century.

That makes sense, some people do not want to live near an earthquake zone. For that reason, other research has found that major natural disasters can have longer-lasting economic impacts than wartime damage. That study by Leah Boustan, an economist at Princeton University, and several other economists found that severe natural disasters spur significant migration away from a city, lowering its housing prices and increasing poverty.

Wars typically have more temporary impacts. Recent economic research, also led by Boustan, has found that the sons of Southern white slave owner families rebounded quickly after the Civil War, despite a significant hit to their wealth from the end of slavery. By 1880, their incomes had recovered and in some cases surpassed similarly wealthy families that didn’t own slaves.

This was true even in parts of the South where Gen. William Tecumseh Sherman engaged in a Daenerys-like destructive march through Georgia.

Dresden, Germany is a particularly relevant example. The city was subjected to a terrible firebombing in World War II by the U.S. and British air forces that killed as many as 25,000 people.

Like Dany’s scorching of King’s Landing, the attack was controversial among U.S. and British leaders at the time and has grown even more so since the war. Historians have questioned the military value of Dresden, which was mostly known as a cultural center.

Many historians argue that — like Dany’s destruction of King’s Landing — one goal of the attack was simply to spread fear, including to a potential future enemy, the Soviet Union.

Dresden was also rebuilt, though more slowly than San Francisco. The city is now a vibrant center of culture and business that receives 2 million tourist visits a year. It is also a center of Germany’s high-tech economy and calls itself “Silicon Saxony,” after the German state where it is located.

Perhaps this is all part of Dany’s calculations. She has said she does not want to be “Queen of the ashes,” and with some luck, in a few years she may not be. That is, if she even makes it to the Iron Throne. RGA/JB

Game of Thrones and economics: Arya’s got skillz

It’s not too late to dive into ‘Game of Thrones,’ with help 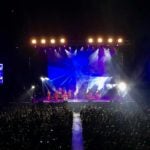 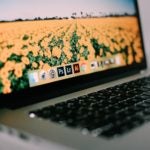 Adobe warns users to stop using old versions of Photoshop–otherwise, they can get sued