Mother left dumbfounded after buying a loaf of crusts

Timea Ganji was ready to prepare sandwiches for her children’s lunch when she found out that she bought a loaf of bread full of crusts.

“It just looked like a normal loaf when we bought it,” the mother of two from Radcliffe-on-Trent in Nottinghamshire told BBC.

“It’s not funny first thing in the morning when you have half an hour to get the kids to school and there’s no time to get another loaf,” she added. 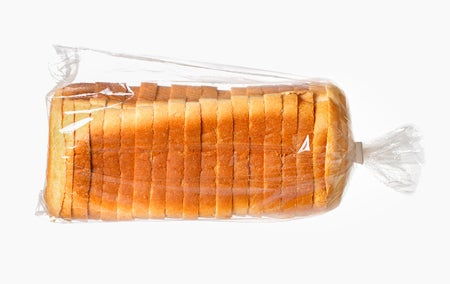 Ganji posted photos of her strange discovery on Facebook, with her friends sharing ways to recycle the crusts and benefits of eating them, as per report. Since her post, Kingsmill Bakery has been investigating how the particular collection of crusts has found its way to her shopping.

“Because of the yellow packaging, you can’t see it properly. You can see it’s sliced, but you couldn’t see it is all just crusts,” she was quoted as saying. “Maybe I’d like curly hair but I don’t want a hairy chest. You can’t make sandwiches with them and the kids won’t eat them.”

Ganji, who is also a restaurant owner, thought of adding the crusts to meatloaf or convert them into breadcrumbs, to keep them from being wasted.

Meanwhile, a spokeswoman of Kingsman told BBC that its bakeries are enclosed and “would not allow for a loaf consisting solely of crusts to pass through their strict quality control processes.”

According to the North London Waste Authority, 24 million slices of bread are wasted in the United Kingdom every day. To combat bread waste and save money, they have launched the “Save a Crust” campaign. Hannah Mallorca/JB