Van Gogh’s letter to art critic on show in Amsterdam

The letter, addressed to art critic Albert Aurier, was written by Vincent van Gogh a few months before his death in 1890. 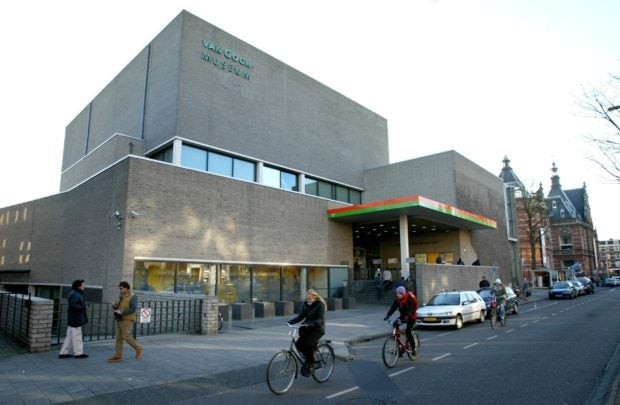 At the time, the Dutch artist was a patient at a small asylum on the outskirts of Saint-Rémy-de-Provence, in France.

The two-page letter in French — written either Feb. 9 or 10, 1890 — thanked Aurier for his laudatory review of van Gogh’s work in the “Mercure de France” magazine.

Entitled “Les Isolés”, the piece claimed that his artworks were characterized by “excess, excess in strength, excess in nervousness, violence in expression.”

“I like it very much as a work of art in itself, I feel that you create colors with your words; anyway I rediscover my canvases in your article, but better than they really are — richer, more significant,” wrote van Gogh.

In his letter, the Dutch painter also references the artists who have inspired him — advising Aurier to take a look at the works of Adolphe Monticelli and Paul Gauguin. He also detailed some of his working methods, as well as the emotions he felt when painting.

“It is a misconception that he wasn’t valued during his lifetime because at the end he was getting quite well known in certain artistic circles but he found that somehow hard to deal with. So there is a lot of mixed emotion. He is proud but also feeling that he is not there yet, not yet deserving of the praise,” Van Gogh Museum’s curator of prints and drawings, Fleur Roos Rosa de Carvalho, told The Guardian.

Having passed through the hands of several private collectors, the letter was auctioned for €107,900 in April in Paris. It is now on show at the Van Gogh Museum in Amsterdam, for what is believed to be the first time.

“It was on top of our list because it is such an important letter. Most of the letters on our wish list have sketches on them. This one has not, but the content of it is so moving and rich that we thought we should pursue it,” explained De Carvalho. RGA/JB