Global warming is likely going to be the greatest reason for the extinction of the different species in this century. And since climate change is happening very quickly, many of our land and aquatic creatures live in areas that are severely affected by this, including elephants.

As one of the most loveable wildlife animals, elephants are admired by so many people. Just like humans, these mammals are intelligent and emotional. They also have a sense of sight, smell, sound, and touch – which is why they can also feel freezing temperatures. And seeing them being affected by climate change is just so heartbreaking.

That’s why in India, a group of villagers knitted jumpers for elephants to protect them from the cold temperature. 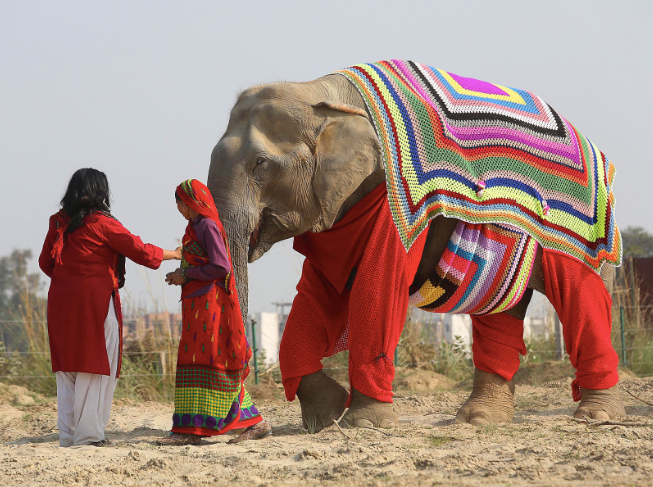 According to the 2017 report of The Independent, women villagers near the Wildlife SOS Elephant Conservation and Care Centre, in Northern City, Mathura, made colorful jumpers for rescued elephants who have suffered chronic neglect and beatings from cruel handlers.

Even though it was reported 2 years ago, many netizens are still talking about the issue on Facebook and Twitter today.

Even the elephants are cold! #knitting https://t.co/ATwhorTVEH

The women love to knit and crochet in India…those jumpers are so cute and should keep them warm should it get too cold… https://t.co/0ZNoNKzibv

Villagers knit jumpers for Indian elephants to protect the large mammals from near-freezing temperatures!!! Here are…

However, the good things done by the villagers with the elephants should also be done with other animals. Other than elephants, animals should be loved and protected by humans as well – even with little things like what the villagers did. Because these small acts of kindness can have a bigger impact on the environment in the long run./FM