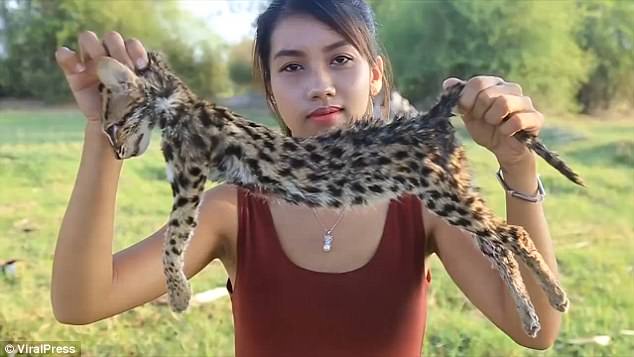 Ah Lin Tuch and Phoun Raty, a Cambodian couple from Phnom Penh, are facing charges after posting videos of Ah Lin skinning and eating several protected animals on YouTube. Among the animals that were eaten is an endangered fishing cat (Prionailurus Viverrinus), a large species of heron that is protected under Cambodian law, several other protected birds, and a large protected lizard. There are also videos of Ah Lin cooking other animals like a king cobra, a shark, and sting ray.

The couple stated that they created the videos in order to make money, and have allegedly already earned $500 from Google sponsored advertisements appearing on the clips. Videos featuring the endangered and protected animals have been removed from their channel, but clips of Ah Lin eating frogs, snakes, and a shark are still online.

The videos garnered several negative reactions that eventually led to the Cambodian Ministry of Environment putting out an arrest warrant for the couple. Ah Lin and her husband appeared to the public the day after the warrant was issued and apologized for “destroying our wildlife.”

“I don’t even know what kind of animals or birds we used or their impact on wildlife conservation,” Ah Lin said. She stated that they bought the animals from a local market.

“I bought the wildlife at Preak Phnov and we started filming our videos since December. Now I have already admitted my mistake,” she added.

Chea Sam Arng, head of the Environment Ministry’s General Directorate for Administration of Nature Conservation and Protection, said that they have began investigating whether the animals were really bought from a market or were hunted in the wild.

“We are now in the process of taking legal action against them while the working group is preparing a report on the matter,” Arng said.

This footage of starving sun bears in an Indonesian zoo is too upsetting to watch
A circus in China ties down an endangered tiger so people can ride it and take photos
Dog survives falling into ocean, but later dies after being thrown off a building
A rowdy group in Liverpool threw this doggo off the balcony and beat him to death
PCCI and animal lovers condemn tragic death of 30 dogs at a dog show
Warning: If you love animals, this animated short film will break your heart 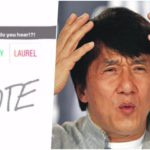 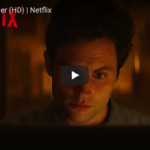