Did you know that volleyball here in the Philippines was first introduced in 1910 by the Physical Director of YMCA, Elwood S. Brown? According to Philippine Volleyball Federation, or PVF, Filipinos began to play volleyball as a backyard sport and beach game.

Since then, volleyball has developed into a sport that is thoroughly enjoyed by Filipinos. And although basketball can be seen everywhere in the Philippines, the game of volleyball still captures the hearts of the Filipino people – which is why this team sport is one that locals love to play and support.

Convenience, skills, and ease – that’s what volleyball is all about

The interesting part of playing volleyball is that it does not necessarily need much space, unlike baseball and football. It doesn’t need much floor area to play the game, as long as the space is wide enough for the players to toss the ball back and forth – making the game more interactive and fun.

Also, compared to any other sports, volleyball doesn’t need much equipment. All you really need is the net, the ball, and your skills.

The rise of the UAAP volleyball division

The UAAP Women’s Volleyball League is one of those tournaments fully supported by Filipino fans. And its 81st season started last February 16 and will run up to May 18, 2019. This year, it is hosted by National University (NU).

This volleyball tournament sparked attention and excitement in every Filipino, who supported their own team especially in the opening and grand finals UAAP seasons.

Aside from the competitive teams, the reason why Filipinos are so obsessed with UAAP Women’s Volleyball is because of each team’s lineup, top scoring players, as well as the rivalry between teams like Ateneo Lady Eagles and DLSU Lady Spikers.

Various celebrities aside from die-hard volleyball fans are fascinated with UAAP Women’s Volleyball League. One of them is Angelica Panganiban — a well-known actress and tv host. 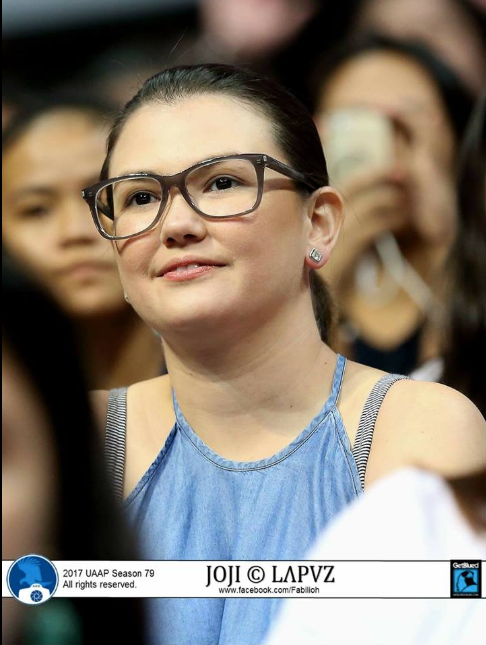 Angelica Panganiban is an avid fan of Ateneo Lady Eagles. Even though she’s not an ‘atenista’, she supports the Lady Eagles by wearing blue and cheering on the team every UAAP season.

With this kind of obsession in the UAAP Women’s Volleyball League, the popularity of the Philippine Volleyball will surely gain much interest in the near future, not only here in our country but also globally. /FM