There’s a black hole that can let humans erase their past, astrophysicists say

Some say our past made us who we are today, but the thing is, we all want to travel back in time and erase all the regrettable things we did. But, despite living in a “high-tech” world, there’s no hint that a “time machine” could ever be invented to save us from our mistakes. 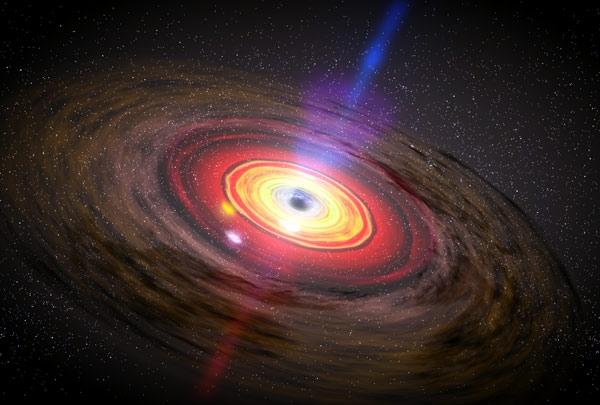 However, a study from Berkley University suggests that entering a specific black hole in the universe can actually erase everything that had happened in a person’s past. Not only that, it could also give humans infinite futures!

But, how is that even possible?

According to NASA, “a black hole is a place in space where gravity pulls so much that even light can not get out. The gravity is so strong because the matter has been squeezed into a tiny space. This can happen when a star is dying.” In fact, indy100 mentioned in their article that, physicists have created a theoretical term called “cosmic censorship” to further explain the clash between the rules of the universe and the lawlessness of black holes. While it’s possible to survive a black hole, you should also keep in mind that it has the ability to “spaghettify” you.

Meaning to say, it will break you down into a long thin string of particles.

Indy100 also included a study called “Strong cosmic censorship in charged black-hole spacetimes: still subtle” that is conducted by Massachusetts Institute of Technology‘s Assistant Professor Peter Hintz. Along with his team, Hintz looked into the hypothetical charged objects called Reissner-Nordström-de Sitter black holes then applied the theory of cosmic censorship to it. He then argued that there’s a possibility for the horizon and singularity to coexist.

“As our universe expands, a black hole has in an internal push that resists gravity’s pull slightly. This means, if you survive, you could have your past wiped and live through an infinite number of futures.”

If you’re wondering how your life is going to change after “erasing” your past, then this movie called “Predestination (2014)” will give you an idea about it. Just like a domino effect, another person can be affected by these changes. Perhaps, it can make you a better person than who you are today, but this is all from a sci-fi movie.

It’s amazing how humans can have an understanding of the universe, including the concept of space, time, light, and gravity. So, if you were given a chance to erase your past, how would you start anew?/TV