He earned an Oscar® nomination and a GRAMMY® Award for the composing the original song, “How Far I’ll Go” from Disney’s Moana. Now, Lin-Manuel Miranda stars opposite Emily Blunt in Disney’s Mary Poppins Returns.

Miranda plays Jack, an old friend of Mary Poppins (Blunt) and is a charming and eternally optimistic lamplighter. Together, they take the Banks’ children on a series of whimsical adventures and introduce them to colorful characters, bringing life, love and laughter back into their home.

“We created this character of Jack the lamplighter, who literally—and metaphorically—lights up London in a dark time,” says director Rob Marshall. “He is an optimistic guy who sees light, even in darkness, and he holds onto that wonderful child-like spirit.” 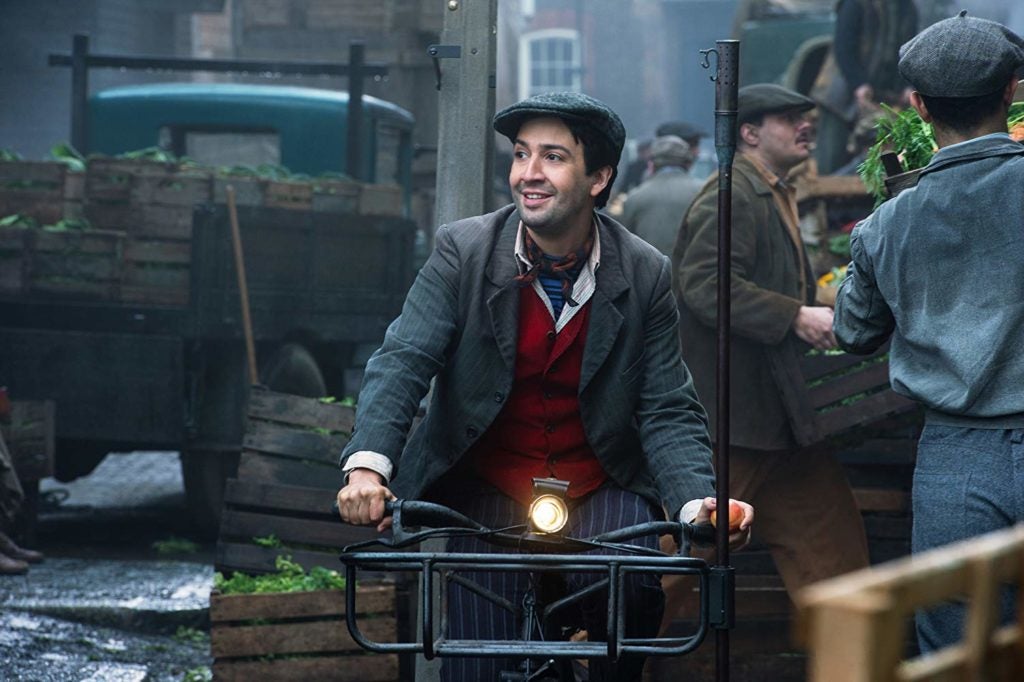 “One of the most exciting things for us was casting Lin-Manuel Miranda in the role of Jack,” Marshall continues. “He brings such an exciting, contemporary sensibility to the film. Everyone knows he’s a brilliant composer and writer, but he’s also a great actor and a wonderful singer and dancer with an authentic and pure spirit that is very rare.”

Best known for his multi-hyphenate roles on stage (“Hamilton,” “In the Heights”), the Pulitzer Prize- Tony Award®- and GRAMMY®-winning actor was thrilled by the opportunity to create a role on screen. “There’s something very magical about this character,” says Miranda. “Jack takes care of the lights in London, but he also goes on these incredible adventures with Mary Poppins and brings light to all those around him, especially children.”

In the ’30s, lamplighters like Jack were responsible for dimming the gaslights in the morning and turning them back on in the evening, all across London. These lamplighters, or “leeries” as they were referred to at the time, traveled by bicycle with ladders for use when climbing the lampposts and poles to reach the gas igniters. As of 2016 when the film was in production, there were still over 2,500 gas lamplights in service in London. 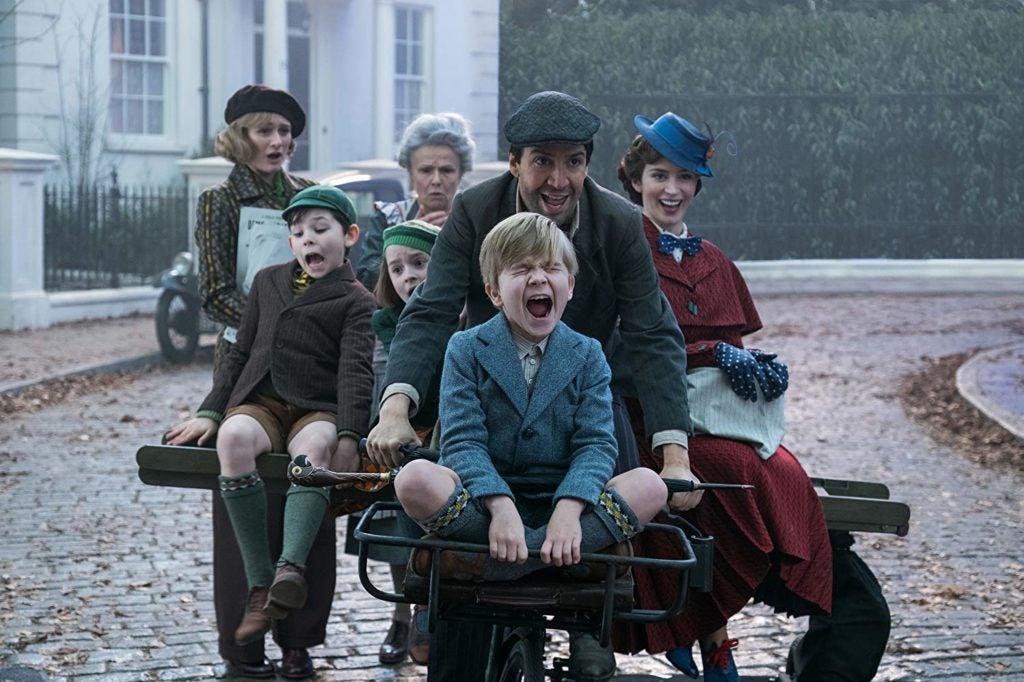 “Lin is awesome,” says Blunt. “He is incredibly confident and has an infectious personality that is a joy to be around, and he throws himself head first into any situation he’s given. Whether it’s sliding down ladders or climbing Big Ben or hanging upside down, he’s just very gung-ho about everything, and we needed that for a character like this, who has a sense of magic to him.” 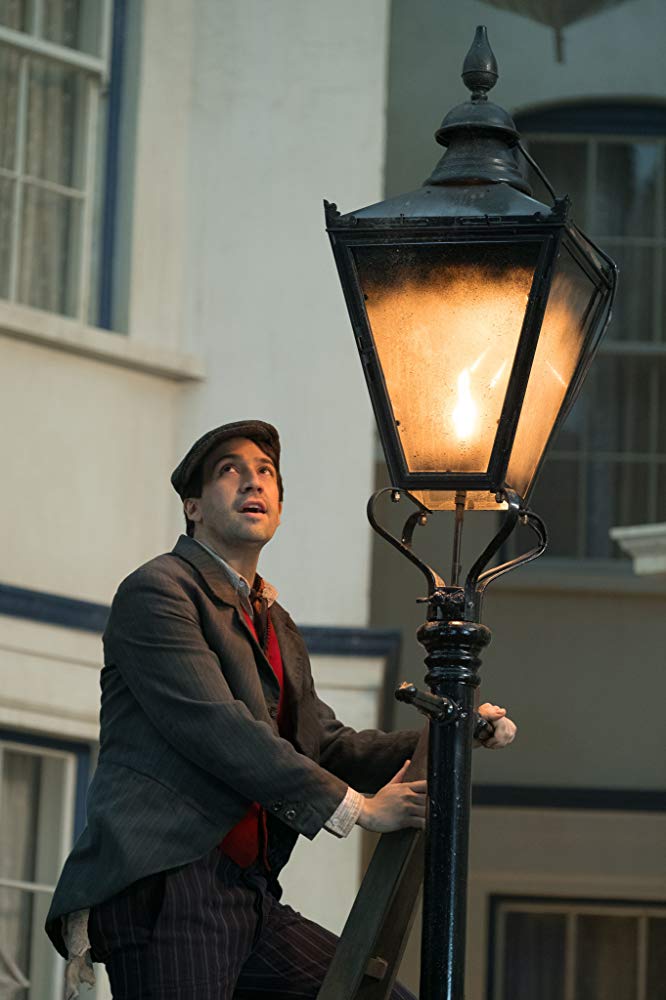 She concludes, “Jack and Mary Poppins are sort of in cahoots with each other. Even though he’s not quite of her world, he gets it and understands it, and he’s great at cajoling the kids to come along with her, so it’s a great chemistry to play because there’s not anything romantic—they’re just sort of kindred spirits.”

Join the conversation online and use the hashtags #MaryPoppinsReturns and #DisneyPH

In Disney’s “Mary Poppins Returns,” an all new original musical, Mary Poppins is back to help the next generation of the Banks family find the joy and wonder missing in their lives following a personal loss. Emily Blunt stars as the practically-perfect nanny with unique magical skills who can turn any ordinary task into an unforgettable, fantastic adventure and Lin-Manuel Miranda plays her friend Jack, an optimistic street lamplighter who helps bring light—and life—to the streets of London.

“Mary Poppins Returns” is directed by Rob Marshall. The screenplay is by David Magee and the screen story is by Magee & Rob Marshall & John DeLuca based upon the Mary Poppins Stories by PL Travers. The producers are John DeLuca, p.g.a., Rob Marshall, p.g.a. and Marc Platt, p.g.a. with Callum McDougall serving as executive producer. The music score is by Marc Shaiman and the film features all new original songs with music by Shaiman and lyrics by Scott Wittman and Shaiman. 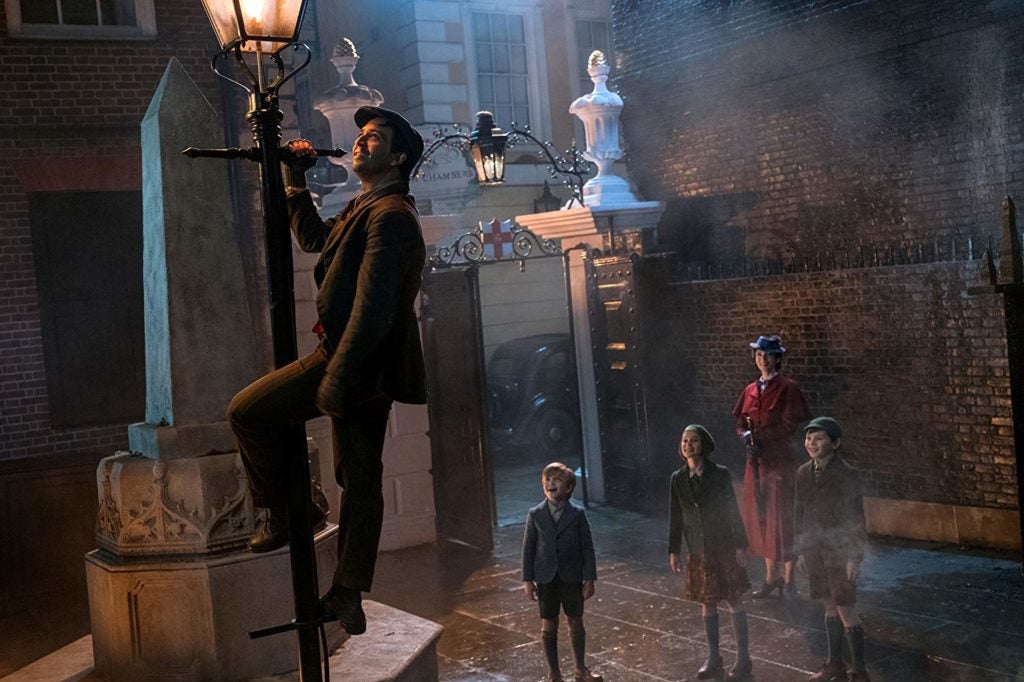