Traveling is probably one of the most exciting parts of the human experience. During these trips, you may meet new people with diverse interests like orienteering, rock climbing, riding quad bikes, and of course, the most popular activity – travel photography.

You might also dream about visiting one of the Seven Wonders of the World – these are the top seven most awe-inspiring landmarks around the world including the most destructive volcanoes, deepest lake, masterpiece cathedrals, and ancient pyramids.

Danish photographer Andreas Hvid practices ‘rooftopping’ photographs where he takes cinematic images from the top of sky-high buildings or places he visits. But this time, Hvid took his photography skills to the next level as he and his girl “friend” climbed the Great Pyramid of Giza or also known as the Pyramid of Khufu or Pyramid of Cheops. However, the tallest human-made structure in the world located in Cairo, Egypt forbids any visitor to climb due to its rough structure, making it dangerous for people to reach its peak.

Hvid uploaded a Youtube video that drew flak from a lot of people while the Egyptian prosecutors investigated the pornographic incident at the pyramid. Aside from illegally climbing the pyramid, the footage showed that the girl suddenly took off her shirt.

He even uploaded on his website an obscene act where the two of them copulated on top of the pyramid.

In an interview with Ekstra Bladet, Hvid admitted that “It’s a set ‘shoot’. We did not have sex and we never had it. It’s only the second time I’ve been naked on one of my pictures.” Moreover, he decided to stay out of Egypt in the future, scared of being sentenced if ever he goes back.

Lastly, the 23-year-old photographer left with a “worth-noting” reminder for every traveler: “You do nothing but pictures and leave nothing but footsteps. We never hurt the places we visit.” 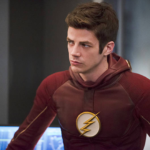 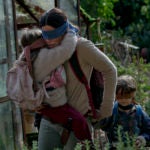