“A lot can happen between lost and found.”

A Dog’s Way Home chronicles the heartwarming adventure of Bella, a dog who embarks on an epic 400-mile journey home after she is separated from her beloved human. 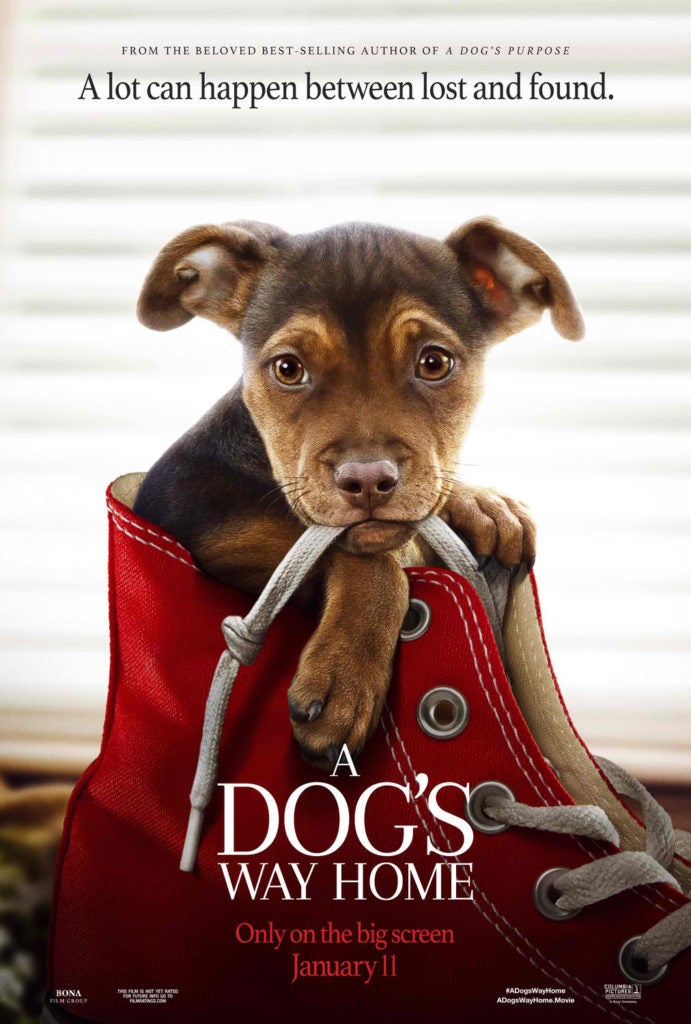