“Life is like a bicycle, you will not fall unless you stop pedaling.” But what if your bicycle is literally pedal-less? No problem.

Gone are the days when bicycles had pedals, dirt biker and entrepreneur Ryan McFarland plays against this statement as he invented the Strider bike. It is a bicycle with two wheels and a handlebar but minus the pedals and brakes.

Brought by his enthusiasm and frustrations, this dad from South Dakota reinvented this bike that can train kids from 2 to 5 years old to improve balancing without training wheels. The invention was based on his realization that “children bikes” sold from typical stores cause kids to struggle due to the weight that makes it harder to ride for children. Most of the time, they rather walk than use pedals when riding children bikes.

The essence of the so-called “simplified bike” is about “balancing on two wheels and leaning through turns regardless of what put them in motion.” Riders of Strider bikes should wade through different learning evolutions: standing walking, seated walking, seated running, seated gliding, and standing gliding.

This year, a Strider Cup for children was launched in Osaka, Japan. The competition is jammed with little boys and girls kicking their Strider bikes throughout the racing track, looking cute and amazing like cycling pros up for the challenge. 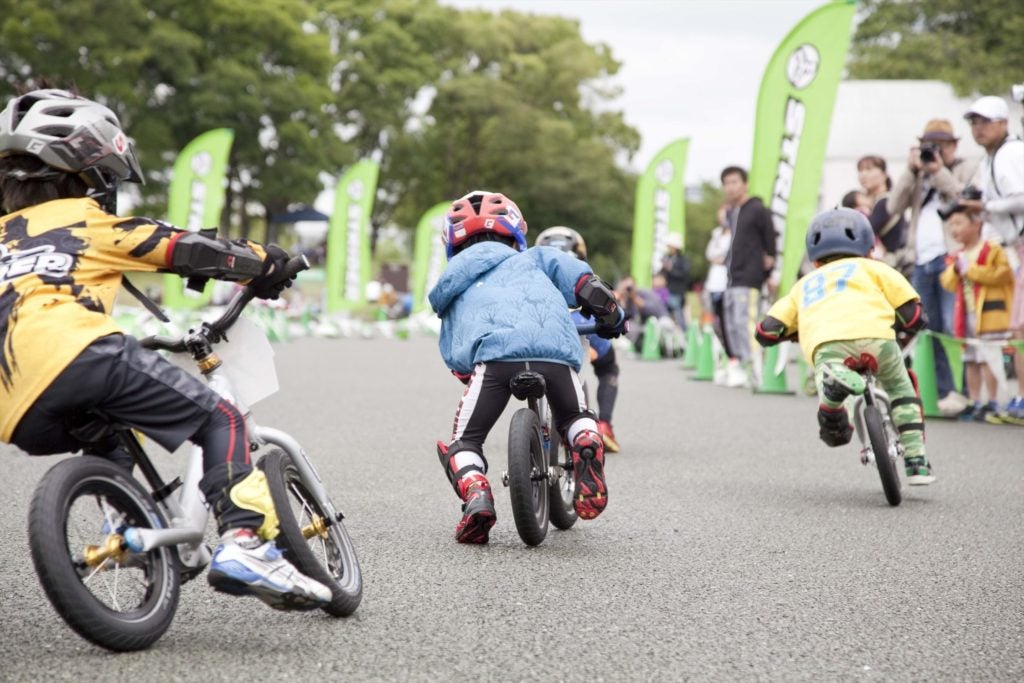 But what really caught the attention of the crowd is the unselfish act done by a little boy. The little rider saw another racer fell off from his Strider bike and without any hesitation, the boy helped his opponent. 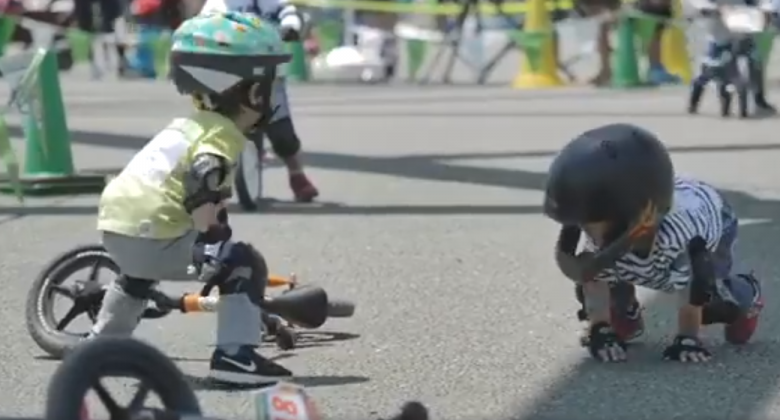 As shown in the video, the boy stopped and alighted from his bike to help the other boy get his bike and passed it to him. The two continued the race and together reached the finish line. This random good deed from a little Japanese boy went viral online which he gained heap of praises from netizens.

Despite all the glaring cruelties in this world, the heartwarming gesture from a toddler was acknowledged. If everyone would demonstrate this act of kindness, the world will be a much better place to live in.