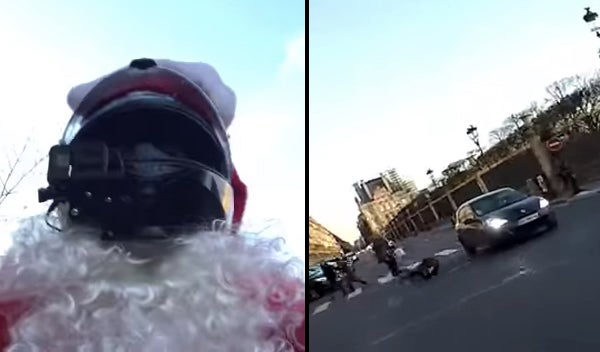 In an action-packed video, biker and YouTuber Chris RS was out for what seemed like his Christmas special video blog. He was dressed in a Santa Claus costume while driving his motorbike. He always wears a GoPro with him to capture his ride, so when he noticed a hit-and-run accident, everything was caught on video — and the chase begins.

When he was about to take a right turn, he saw that a car hit someone crossing the street. He tried to block the car but it sped off when he went down on his bike to talk to the driver.

Things escalated quickly as he tries to chase the hit-and-run car and everything looked like a scene cut out from a Hollywood action movie.

Eventually, Chris RS got the help from the police on the road and they caught the said driver.

“I’m always there when there’s action. It was a good day, I put on my Santa costume for a new video. People were happy to see me dressed like that and say hello. It is after Place Vendôme that this dramatic scene arrives. Like last time, I had to try to stop this person,” Chris RS said on the video description.

He also shared that he got news about the injured guy and learned that he was recovering with much harm.

Looks like Santa Claus really does know who’s naughty or nice. And this time, he’s chasing the bad guys with his bike! 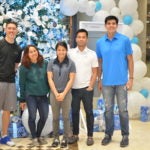 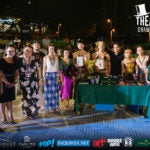